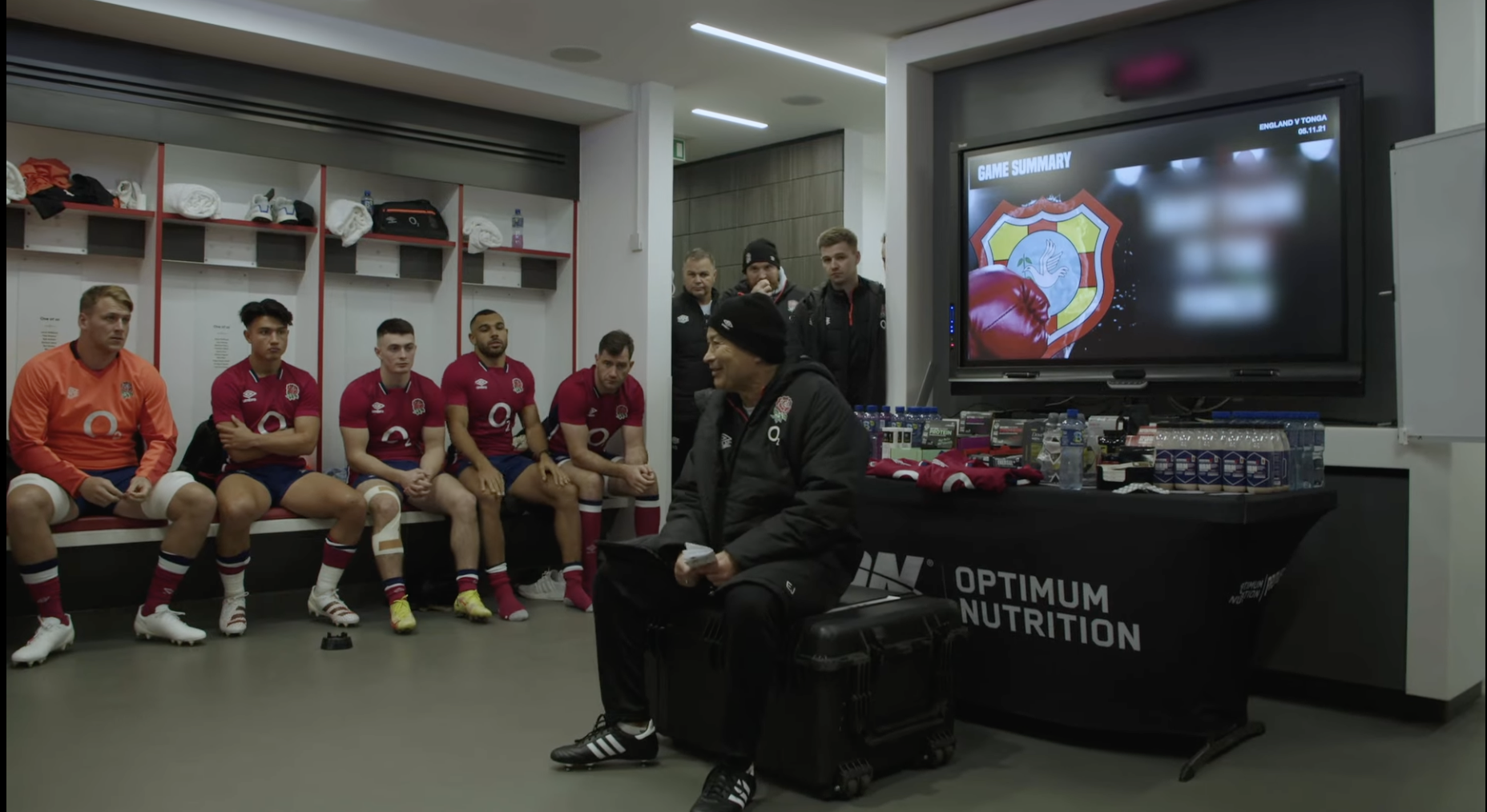 Eagle eyed viewers of the latest episode of England’s O2 Inside Line may have noticed a special screen on the wall of the gym.

This is another clear sign of Eddie Jones’ ambition, and he has not been afraid to show it. He has repeatedly emphasised to the team and the public that he wants England to become the best side in the world, and has outlined the five campaigns they have until the World Cup. After coming so close in 2019, the Australian only has one goal on his mind, and he clearly wants that to rub off on his players.

This build up to the 2023 World Cup got off to a great start on Saturday with a 69-3 win over Tonga. However, the challenges get much harder now with a contest with Australia on Saturday and world champions South Africa the following weekend.

England will be boosted by the return of captain Owen Farrell this week, although they have been dented by Joe Marler’s absence after the prop produced a positive Covid case. Sale Sharks’ uncapped Bevan Rodd has come in to replace Marler.