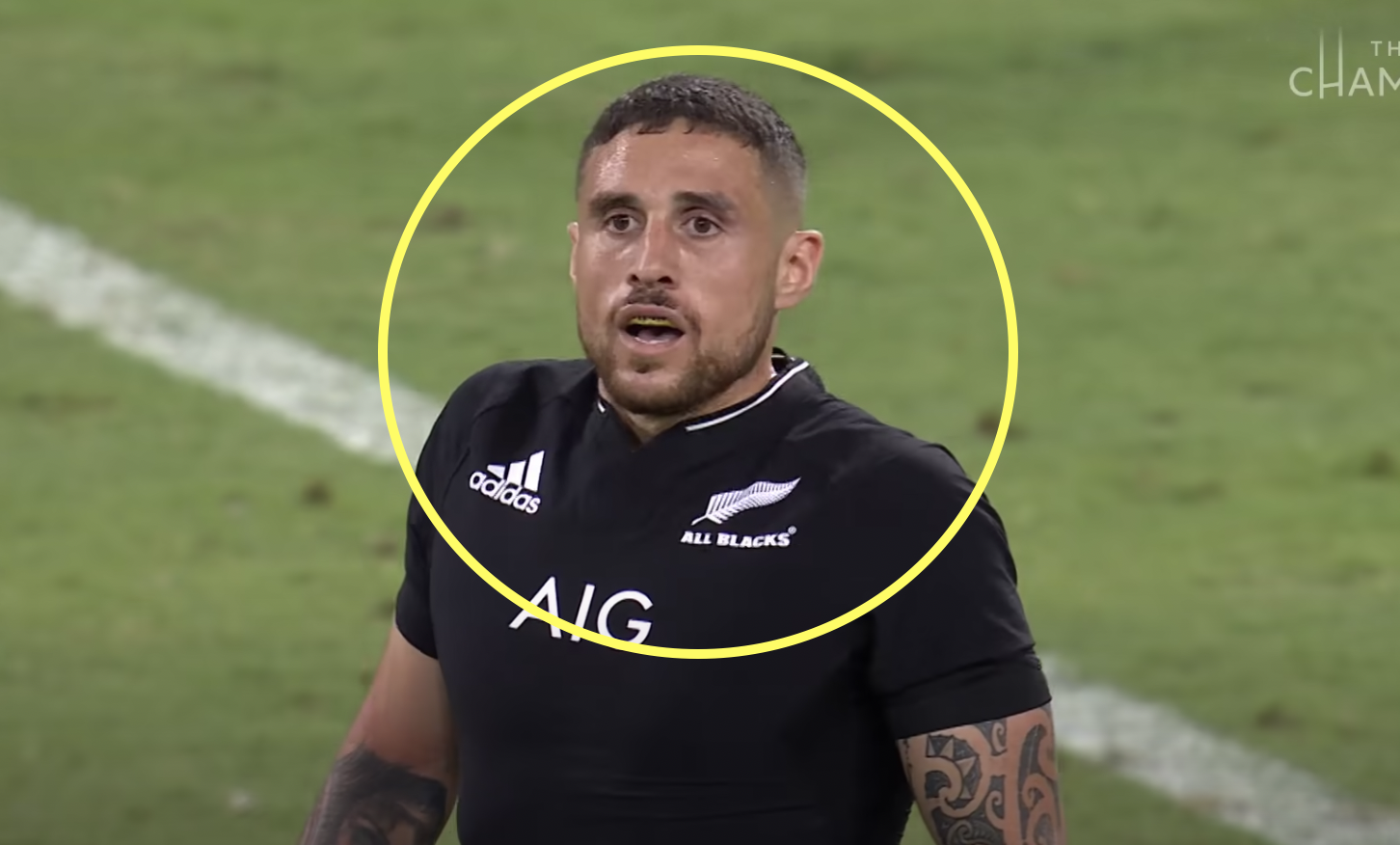 The ultimate gamesmanship from TJ Perenara against Faf de Klerk

One of the main job requirements of a scrum-half is to try and irritate the opposition as much as possible. In fact, is a player truly a No9 if they are not chirping away all match?

Well the All Blacks’ TJ Perenara produced some textbook gamesmanship against the Springboks on Saturday which has been caught on camera. The moment came after the whistle had blown at a South African scrum, but before Faf de Klerk had put the ball in. The option to potentially take a quick tap from a penalty or free kick is always there with de Klerk, so Perenara just removed that possibility by tapping the ball out of his hands. It was one of those acts in a rugby match that is cheeky, but is hardly punishable.

Perenara and de Klerk are likely to go head to head again this weekend in the final match of the Rugby Championship. De Klerk has already been selected in Jacques Nienaber’s starting XV, while Perenara is a favourite to start again, particularly while the All Blacks’ regular No9 Aaron Smith remains in New Zealand.

The Springboks will be seeking to bounce back from their narrow 19-17 loss to the All Blacks last weekend in Townsville. The win handed Ian Foster’s side the Rugby Championship, but there is likely going to be a fierce backlash from the Boks this weekend on the Gold Coast, particularly as the world champions have seen the All Blacks displace them as the number one ranked side in the world over the past few weeks.

Now that the Championship is wrapped up, Foster may look to rotate his squad, meaning Perenara could potentially drop to the bench. But with a grand slam in sight, the All Blacks will not want to take their foot off the pedal.