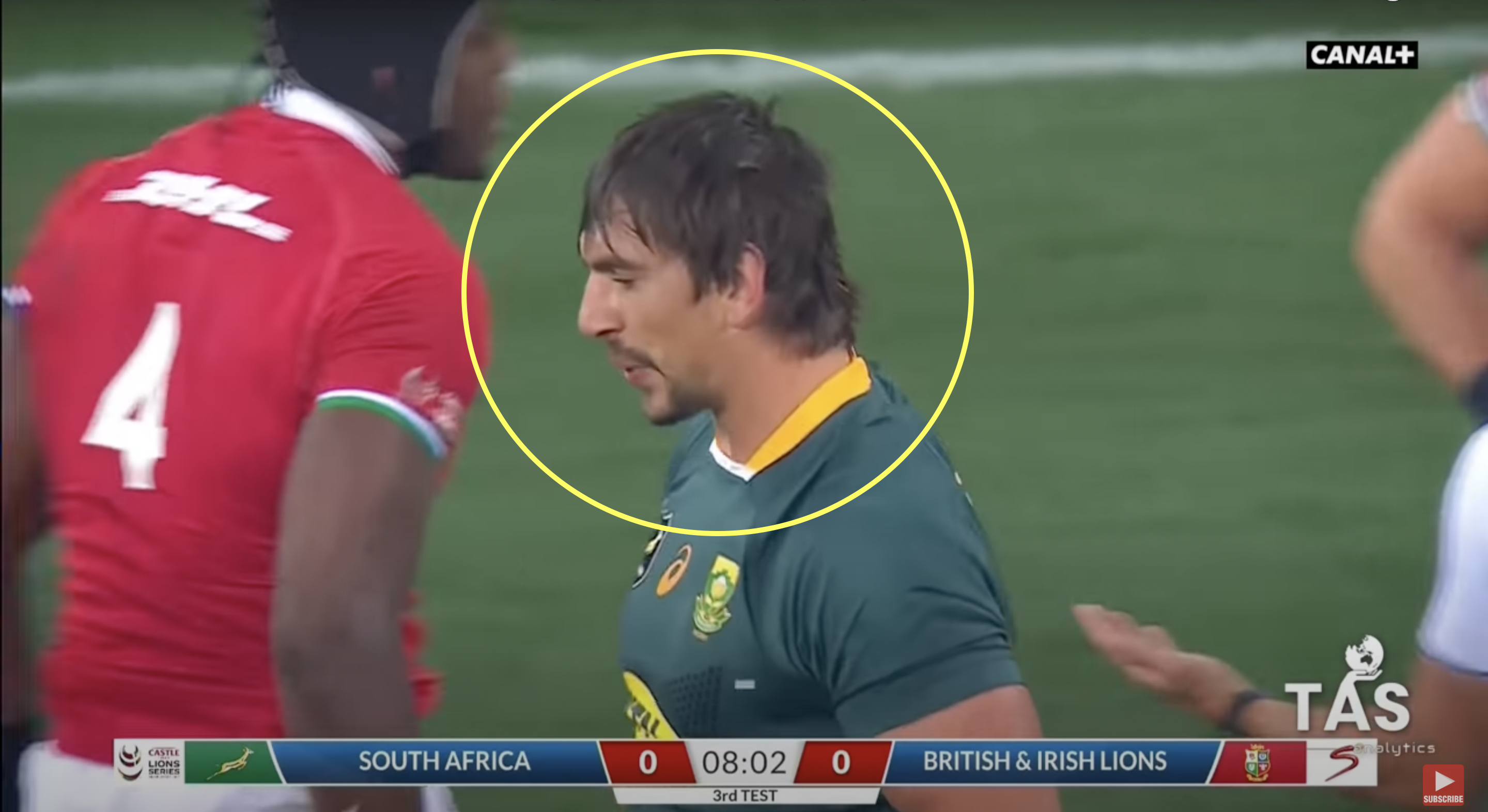 Just when the furore around South Africa’s snub at the World Rugby awards seemed to have died down, a video has been shared online which makes it all the more baffling that Eben Etzebeth was not nominated for player of the year.

The video, shared by TAS Analytics, shows how impressive the lock has been in 2021, whether it be helping secure a series win over the British & Irish Lions, in the Springboks’ epic two Test matches against the All Blacks in which both matches were decided by two points, or during the Autumn Nations Series, where the Springboks had another epic against England at Twickenham.

In fact, some of his performances were so good this year that it does actually raise the question as to whether World Rugby has a problem with him, or indeed any of his compatriots.

The video shows the 30-year-old rampaging and bulldozing his way through some of the most water tight defences in the game, while being a typical force in defence against the likes of the Lions, the All Blacks and England. There is also a great amount of focus on something he may do better than any forward in the game, which is charging down kicks, usually box kicks. On top of that, he has shown to be a real threat on his own team’s kick chase this year, which is what their game is built upon. The Toulon star has also been a thorn in any lineout’s side, as he has consistently been throughout his career.

Despite the Springboks finishing the year ranked number one in the world, France’s Antoine Dupont, England’s Maro Itoje and Australia’s Michael Hooper and Samu Kerevi will compete for the player of the year accolade, which will be announced in the coming days.