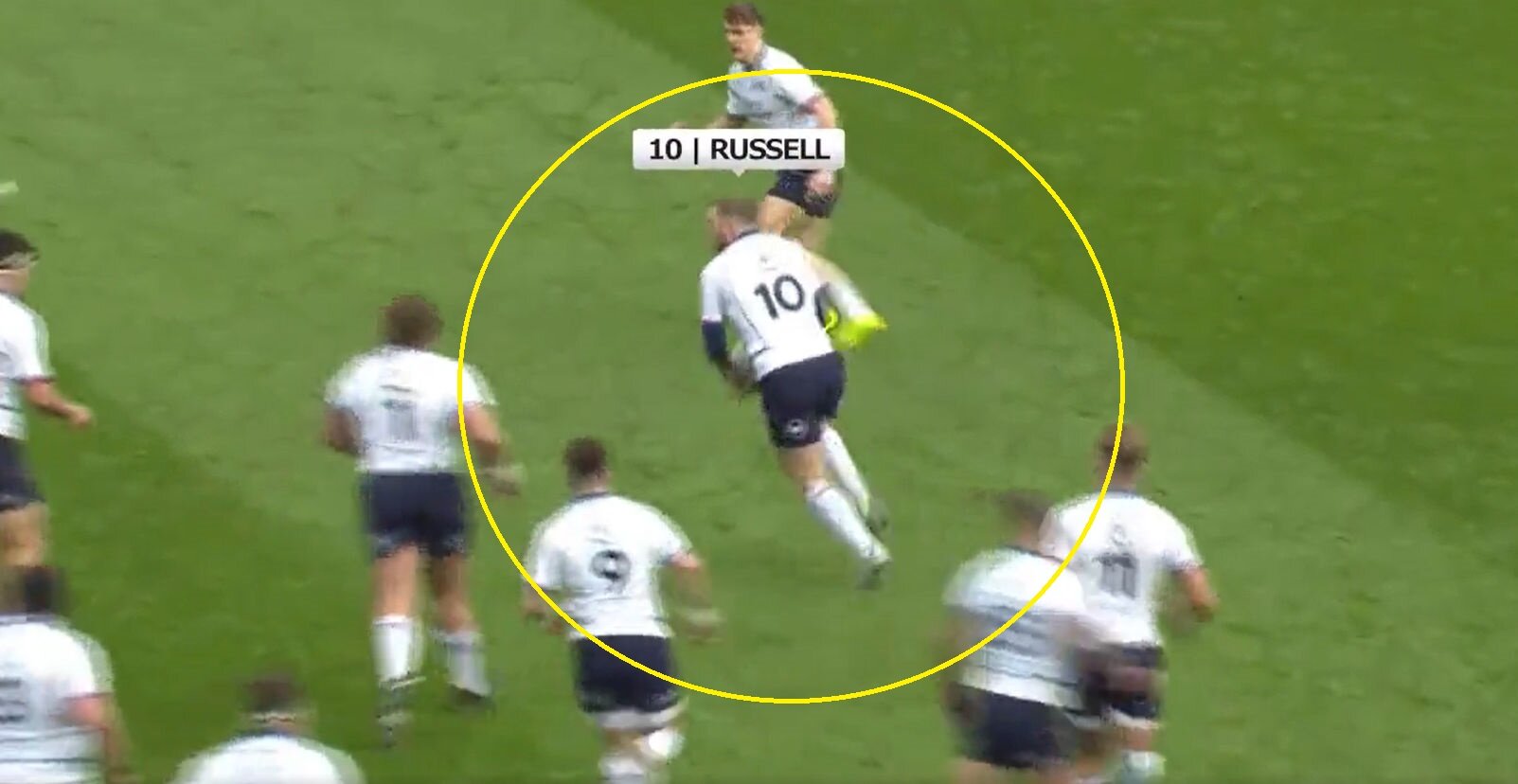 The ‘uncomfortable’ Finn Russell video that is going viral

This will make for difficult viewing for Scottish fans and more pointedly fans of mercurial flyhalf Finn Russell.

It wasn’t Russell’s finest hour and it came off the back of another so-so performance against Wales two weeks previously. And a video has shown just how lack lustre his work rate was prior to the first French try (see below).

Hogg was pretty upset after the match. “We are gutted with that one. At times, we played some decent rugby and got into some good areas but we let ourselves down at crucial times.

“Credit to France, they took their opportunities when they were on offer but did they have to work hard for the first three? Probably not.

“We left some points out there. I let one go early doors that could have changed the momentum of the game and it is something I am devastated with.

“We have learned some hard lessons but we will stay tight as a team. We have two more games to show what we are about.

“At times, we did show what it means to play for Scotland. At other times, we were far from good.”

“There was some decent stuff in there but you have to be on it for 80 minutes. It is a horrible feeling right now.”

Shane Horgan lambasted Russell on Irish TV too, saying: “That is actually pathetic, for your top player, your talisman. Five minutes into the game. He doesn’t have an injury. He’s not fatigued. You’ve got a guy like Rory Darge killing himself around the field,” Horgan said.

“Then you’ve got your best player performing like that. There’s no way any team can win consistently if you’ve got players doing that.”

“Uncomfortable video review coming up in Scotland this week. The work-rate difference in the sides was incredible. 7mins in.”