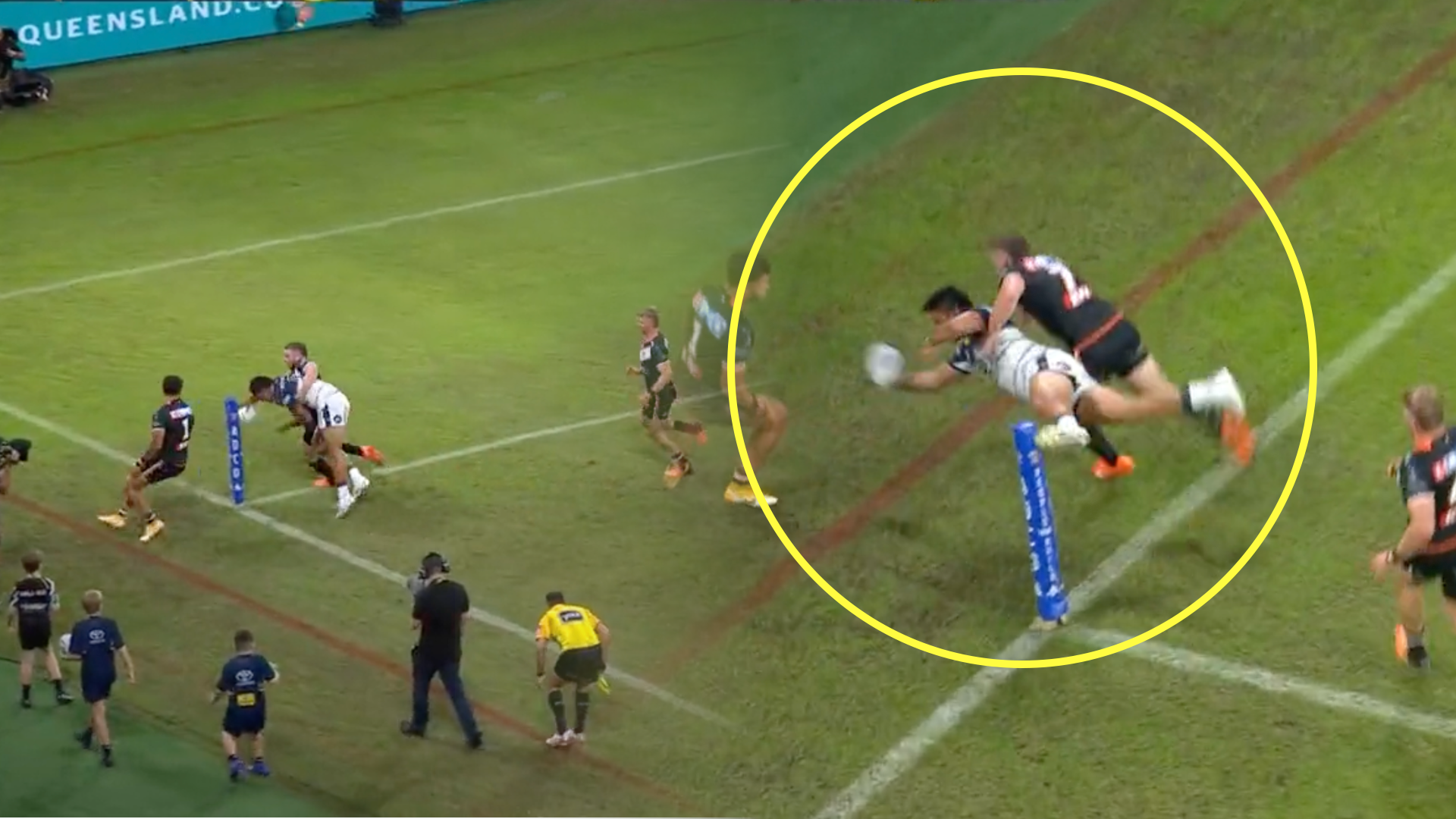 If you want to see the greatest offload of all time, look no further than the NRL yesterday in a match between the West Tigers and the North Queensland Cowboys.

Cowboys winger Murray Taulagi was the player that produced the pass for a try for teammate Scott Drinkwater, but it was an offload so good that the rest of the Tigers defence had effectively switched off thinking Taulagi was in touch, meaning it was an incredibly easy try for Drinkwater.

The offload came in the left corner as Taulagi looked to barge his way over, but he found himself being bundled into touch. Therefore he jumped off his left foot before going out, leaping into the air all while the tackler, Jackson Hastings, was holding onto him. Now in midair and about a metre beyond the touchline, he throws an offload back in field which beats three players to put Drinkwater in. That’s not everything though.

What made this offload even better was the fact that Taulagi probably took the ball into contact with the wrong arm. He was carrying the ball in his right arm, while the usual practice on the left wing is to carry with your left hand, meaning you can use your right hand to fend and your ball carrying hand is just that bit further away from the tackler. If he had had the ball in his left hand, it would have still been an incredible offload, but it would probably have been thrown around the back of the defender. Instead, Taulagi had to first get the ball free in his right hand in order to offload after being tackled there, then he had no choice to to effectively throw the ball under his body. It was a speculative pass, but no pass like that could ever be anything but speculative because it is almost impossible.

OMG… WHAT JUST HAPPENED 😱 Is this the greatest pass of all-time?