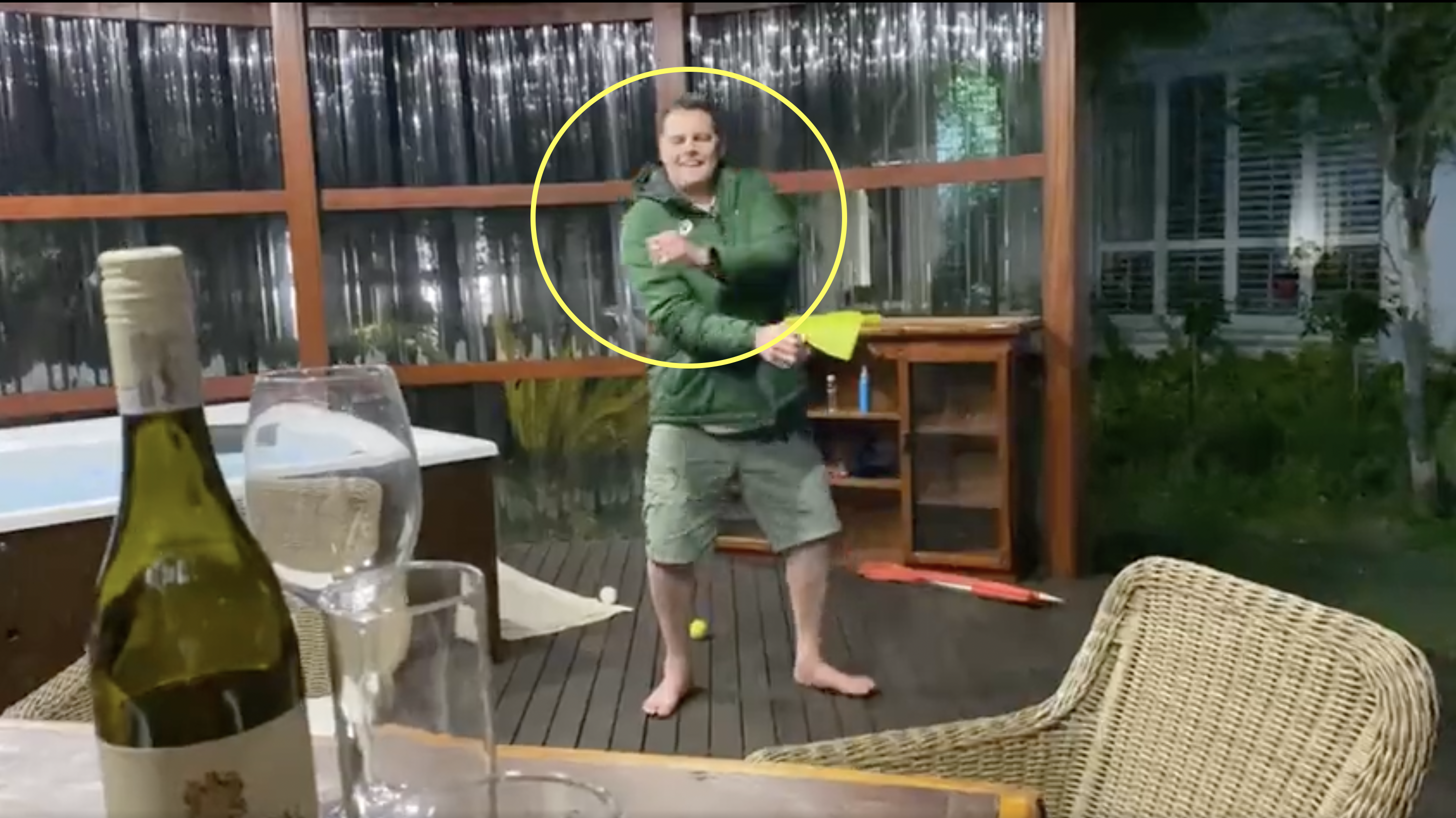 Rassie Erasmus’ Twitter followers have gone deeper and deeper into the rabbit hole of the South Africa director of rugby’s life as he serves his ban recently, and it got a whole lot stranger last Friday.

Erasmus shared a video of himself dancing last Friday during what seems to be his never ending party since he was banned from all rugby activity for two months in November.

The video in itself is mightily peculiar, but it has now spawned a new tribute Twitter account, which is bigger, better and stranger. Here is the original clip:

The new account, called ‘Dancing Rassie’, takes this viral clip of the former Springbok cutting shapes with a host other songs dubbed over it. There have been 23 videos posted at the time of writing, and it is likely that that number will grow over the coming days.

Okay I agree! Inappropriate? tell me and I take it off (🇿🇦) Time to get back at my twins !! Apparently they can embarrass anytime but parents not! Remember I am white and have no rhythm, but hell I want to make the Gwijo Squad 😂 https://t.co/pzIdpwz4wG pic.twitter.com/5a3EnPvmKx

This was not the only instance of Erasmus gracing social media with his dance moves. Only days before he had shared another video of himself which looked to be from the same night as his viral video. The positive for him is that he knows he has a back up career as a dancer if his rugby career goes down hill or he cops another ban.

Okay,but I will probably delete if I get to much “bite” from South Africans!
After all it’s for them who we working and playing 🇿🇦 https://t.co/e780si5w4E pic.twitter.com/tehF9rG4fp

Erasmus and South Africa Rugby apologised last month for their conduct during the British & Irish Lions series earlier this year which led to his infamous 62 minute video and subsequent ban a few months later.

The statement said: “SA Rugby and Rassie Erasmus wish to apologise to the match officials appointed to the first Test of the Springboks’ Series against the British & Irish Lions.