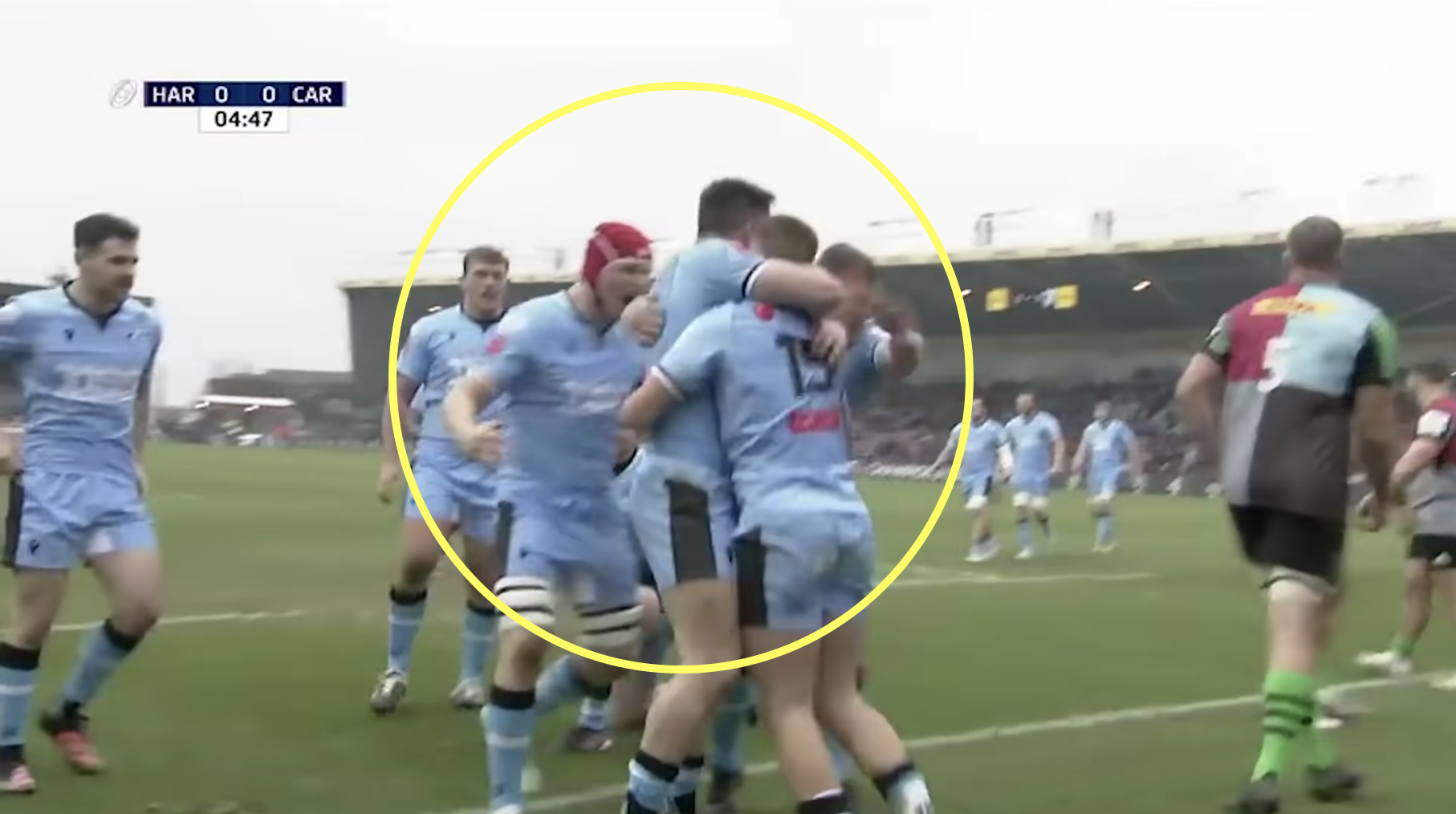 The viral video of a Welshman obliterating an Englishman

Cardiff always knew facing the French champions Toulouse and the English champions Harlequins in the Heineken Champions Cup was going to be a tall order, but to face them with a severely depleted squad only made the challenge that much harder.

But Cardiff definitely gave a good account of themselves over the last two weeks in losing causes considering the welter of isolating players that they had missing. One moment in particular from their 43-17 loss to Quins at the Stoop has gone viral this week and sums up the attitude and grit they showed.

It saw England No8 Alex Dombrandt run into nine-cap Wales back row James Botham and get unceremoniously dumped onto his backside. This does not often happen to the Englishman, which only goes to show what an immense tackle it was.

Cardiff director of rugby Dai Young recently shared what this entire ordeal has been like over the last two weeks for him and his squad. “Being stuck in South Africa for five or six days was trying because at that time there was lots of talk about the variant getting around vaccinations and nobody knew how bad it was so everyone was a bit concerned,” Young said on the Cardiff website.

“Then we had the false dawns and there were two days where we went to the airport and were sent back. It calmed down when we got back to the UK but with 10 days you have plenty of time to think!

“But the first thing to say was the hotel we were in was also full, it was full of people from all walks of life not just sportsman and it’s tough for everyone.

“The hardest part for me personally was leaving people behind. That’s a bit corny but we went out there together and we should have come back together but it was completely out of our hands.

“Winning and losing is part of the job and you get used to those stresses. But the biggest stresses are things out of your control, when you don’t feel you have any influence. We certainly didn’t have any influence on any of the proceedings.

“We were lucky that although we had some positives, nobody was really ill. A couple of guys had flu-like symptoms for a day or two but nobody was seriously ill.”