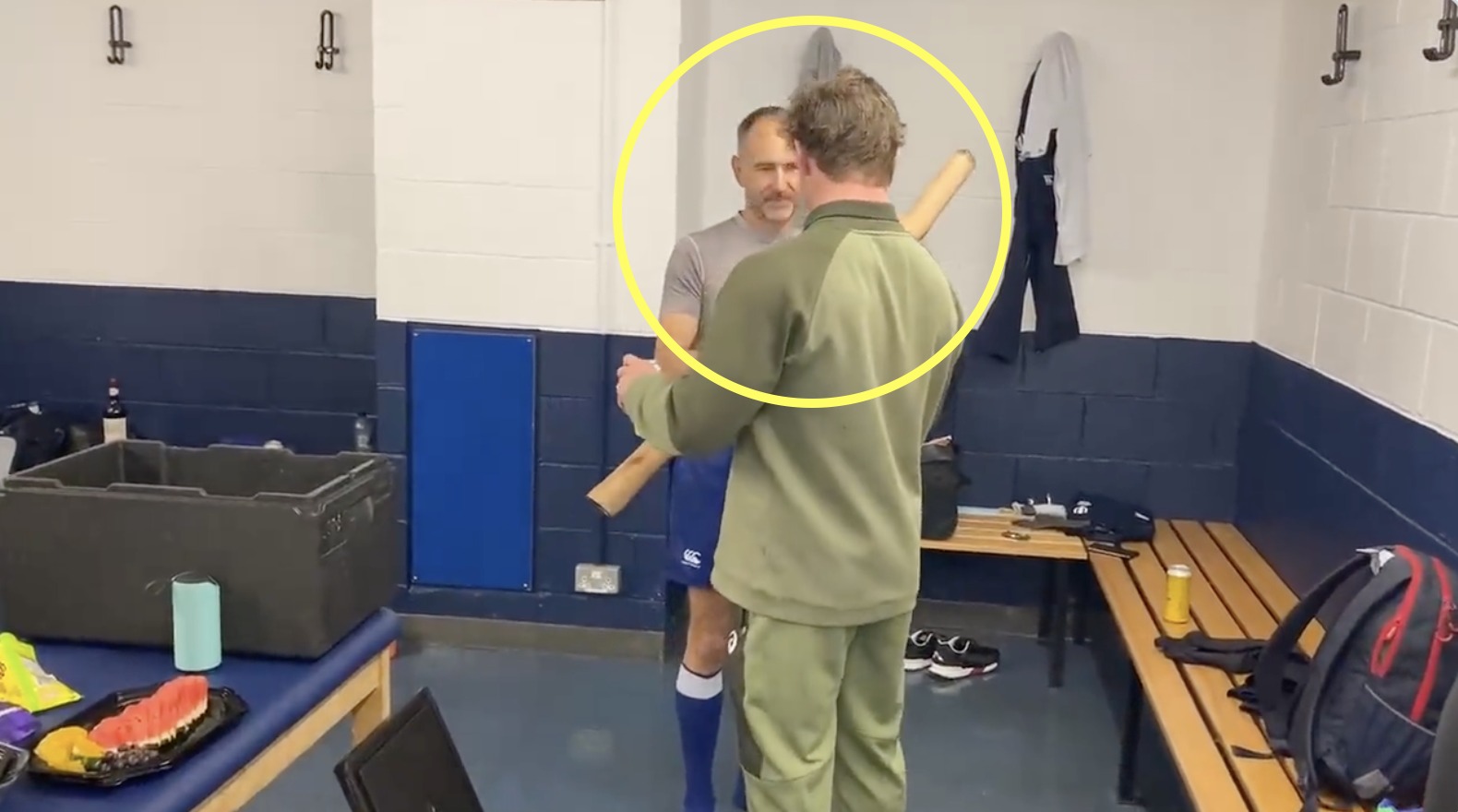 Australia showed what a classy side they are on Sunday by presenting retiring referee Romain Poite with a didgeridoo after their loss to Scotland at BT Murrayfield.

Though he would obviously have been gutted at his side’s narrow 15-13 loss, and particularly after having a try chalked off, Wallabies captain Michael Hooper presented Poite with the gift, who took charge of his 72nd and final Test match.

Poite has not necessarily always been in Australia’s good books though. He was public enemy number one in 2019 after penalising Samu Kerevi for a dangerous carry against Wales in the World Cup pool stages. However, that appeared to be water under the bridge between the Frenchman and the Wallabies captain on Sunday afternoon.

In return for presenting the gift to Poite, Hooper was lavished with praise from the referee, who said what a good player the flanker is.

“It has been a big privilege to referee you because you are a great player,” the 46-year-old said.

“I remember the World Cup in 2015 when you beat England, it was a great game. It’s always a big challenge for us to referee you because you are a good contest player but fair, and a good captain as well.”

World Rugby Vice-Chairman Bernard Laporte said: “On behalf of World Rugby I would like to express my gratitude to Romain Poite. To serve as a test rugby referee for more than 15 years is not easy. He has always been dedicated to being the best he can be on the field, while being a committed and valued team player away from the match. I would like to wish him all the best.”

Poite’s haul of 72 Test matches puts him third in the all time list behind Wayne Barnes, who is on 96 matches, and Nigel Owens, who retired last year as well after his 100th match.