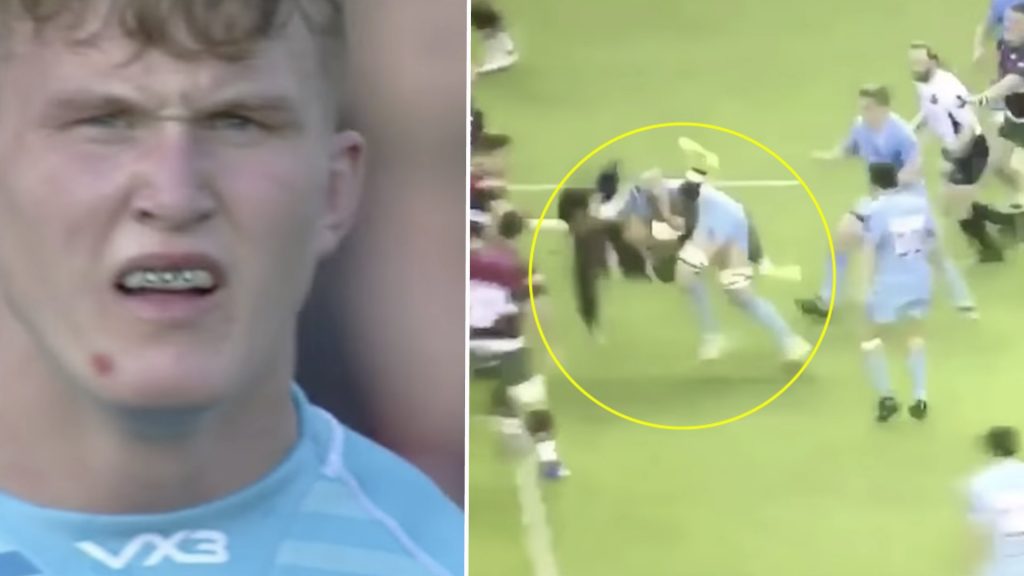 At Rugby Onslaught, we are looking back at some of our biggest posts of 2019. Today we look at a video that dropped on Ted Hill, a 19-year-old Worcester back rower that made massive headlines after this video dropped on him. This hit on the Tuilagi brothers was huge!

The talented back row was then called up to the full England squad for the 2018 autumn internationals and made his England debut against Japan in November at the age of only 19.

Raw Rugby released a new video this morning in their “Remember the Name” Series and 19-year-old Ted Hill was the focus today. The Worcester back-rower has featured for England against Japan this Autumn and he is one of the youngest ever to play for the men in white.

Pretending to be chuffed as you unwrap your fourth pair of socks of the morning…#MerryChristmaspic.twitter.com/GBLrhHvhfl

Some of the hits in this video are enormous!

When we released this Supercut back in February of this year, the video went semi-viral, getting 100,000 views across the sites that we shared it on.

The main thing that people couldn’t get over was the massive hit that he put on one of the Tuilagi brothers. The Tuilagi’s are undoubtedly one of the strongest rugby families in the World.

Ted Hill is now plying his trade in the Gallagher Premiership for Worcester and he has put in 5 or 6 man of the match performance so far this season.

In this highlight reel, young Hill made a massive hit on the Tuilagi brother, it was one of the younger brothers, Henry Tuilagi.

Everyone was freaking out about this hit and the whole highlight reel itself was devastating with some massive carries and hits devastating everyone in their way.

Here is the highlight reel that made him so famous back in February of this year.

Check out the hit he made one of the Tuilagi brothers early on the video, brutal!!