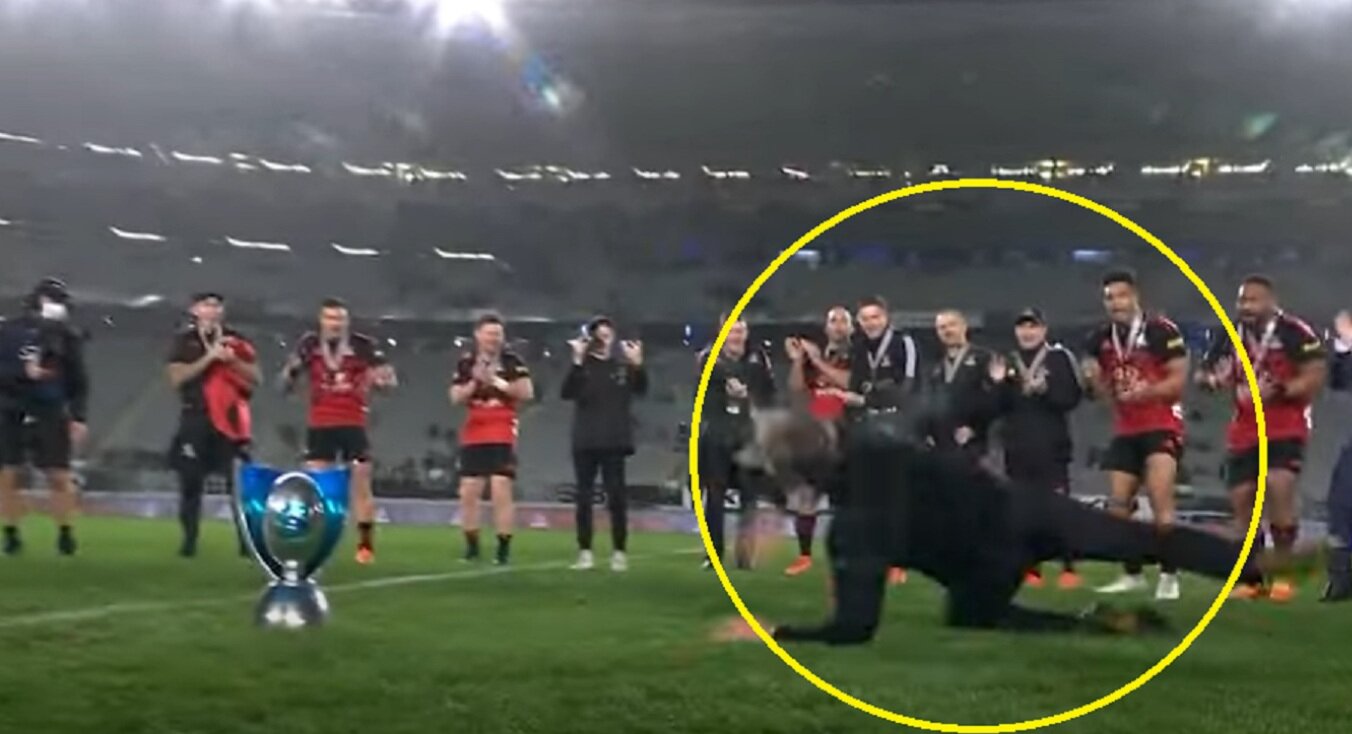 This is why Scott Robertson should never be given England job

We need to talk about Scott Robertson. Sometimes when you’re watching Super Rugby, it feels like some bizarre rugby union Groundhog day is playing out in front of you.

Yes, the Crusaders have won again. Yes, Scott Robertson did a break dance at the end… again.

The truth? It’s actually an arrogant dance and one that doesn’t respect the huge effort the brave Blues put into their Super Rugby Pacific campaign.

How about a little humility?

It’s part of a bigger problem with toxic masculinity and problematic behaviour that rugby is struggling with at the minute. Last week we saw the Bulls exploit a vulnerable Leinster to win a URC semi-final, and it’s highly likely either they or the Stormers will now win the competition. Hardly fair is it?

Now Razzor is at it again with his damn breakdancing, which we are pretty sure – check notes – is probably cultural appropriation.

A South African champion will be crowned in what will be a thrilling – and sold-out – inaugural Vodacom United Rugby Championship final in Cape Town on Saturday, when the DHL Stormers take on the Vodacom Bulls after booking the first all-South African final in the north-south showpiece last week.

The Capetonians will host the Grand Final at the DHL Stadium – where kick-off is scheduled for 19h30 on Saturday – in front of a capacity crowd of 31 000 who will brave the expected cold and wet winter weather, while the action will be broadcast live on SuperSport.

The DHL Stormers were granted this prestigious opportunity after finishing as the top-ranked team on the table following their Final Four victory against Ulster at home last week, while the Vodacom Bulls shocked log-leaders and tournament favourites, Leinster, in Dublin in the other semi-final.

Neither team is expected to give an inch in what will be an epic showdown as both teams try to use their tough forward packs and classy backlines to outclass one another.

The DHL Stormers won one more game than their Tshwane counterparts this season, but the Vodacom Bulls will draw confidence from the fact that they scored 54 points more than the opposition in the league stages of the competition, although the Cape side’s defence has been more effective conceding 77 fewer points.