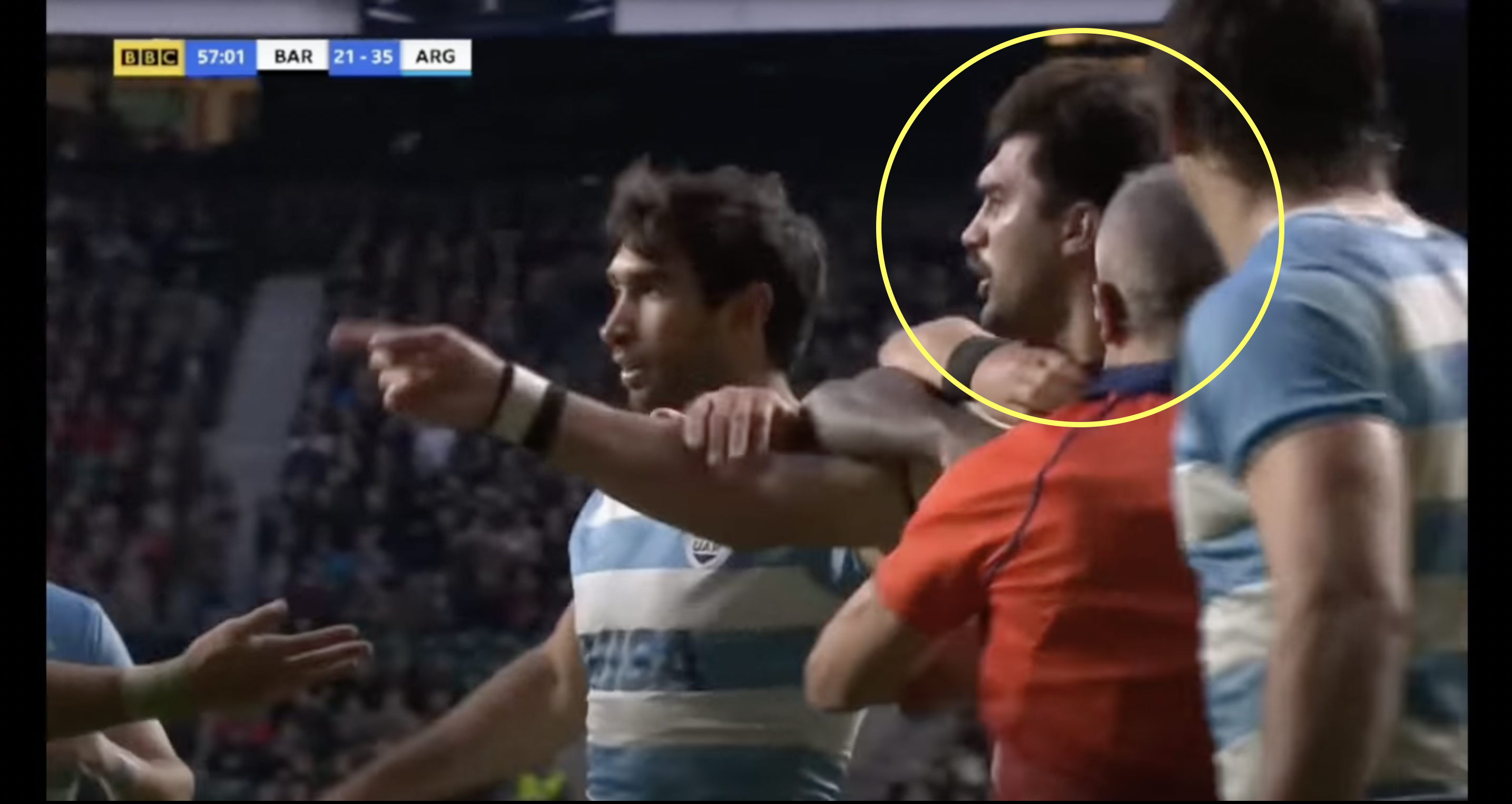 Springboks centre Damian de Allende is a pretty scary presence on the pitch at the best of times, so firing him up is never a good idea.

Nevertheless, that is what Argentine winger Sebastian Cancelliere decided to do when de Allende was playing for the Barbarians three years ago at Wembley. The inside centre was bundling over the line having chased a kick from him compatriot Elton Jantjies when Cancelliere decided it may be a good idea to stamp on his hand.

While this may have been an attempt to dislodge the ball from de Allende’s hands with a kick, which is still illegal, the South African did not see it that way and had already started attacking the winger before he had got to his feet. He was splenetic once he was standing, and had to be held back by his teammates while Cancelliere tried his best to get as far away from him as possible. There was a look in his eye when he was retreating that suggested he was swiftly regretting aggravating a player that is usually deployed as a human wrecking ball.

Three of de Allende’s countrymen, Malcolm Marx, Stephen Kitshoff and Duane Vermeulen, were selected to represent the Baa Baas last Saturday at Twickenham against Samoa, although the match was abandoned after an outbreak of Covid-19 in the Barbarians’ camp.

The fixture between the Barbarians Women and Springbok Women’s XV did go ahead, however, with the Barbarians winning 60-5 thanks to a hat-trick from the USA’s Sarah Levy.

“There were some areas of concern from yesterday’s match – the slow start did not help us at all, especially our inability to secure first phase possession,

“That was disappointing. We were a bit rushed when our game was moved forward by a couple of hours due to the men’s game being cancelled and we hardly had time to warm up before the kick-off, but that is not an excuse for us not winning first phase.

“We did play much better in the second half though and looked much more settled.”