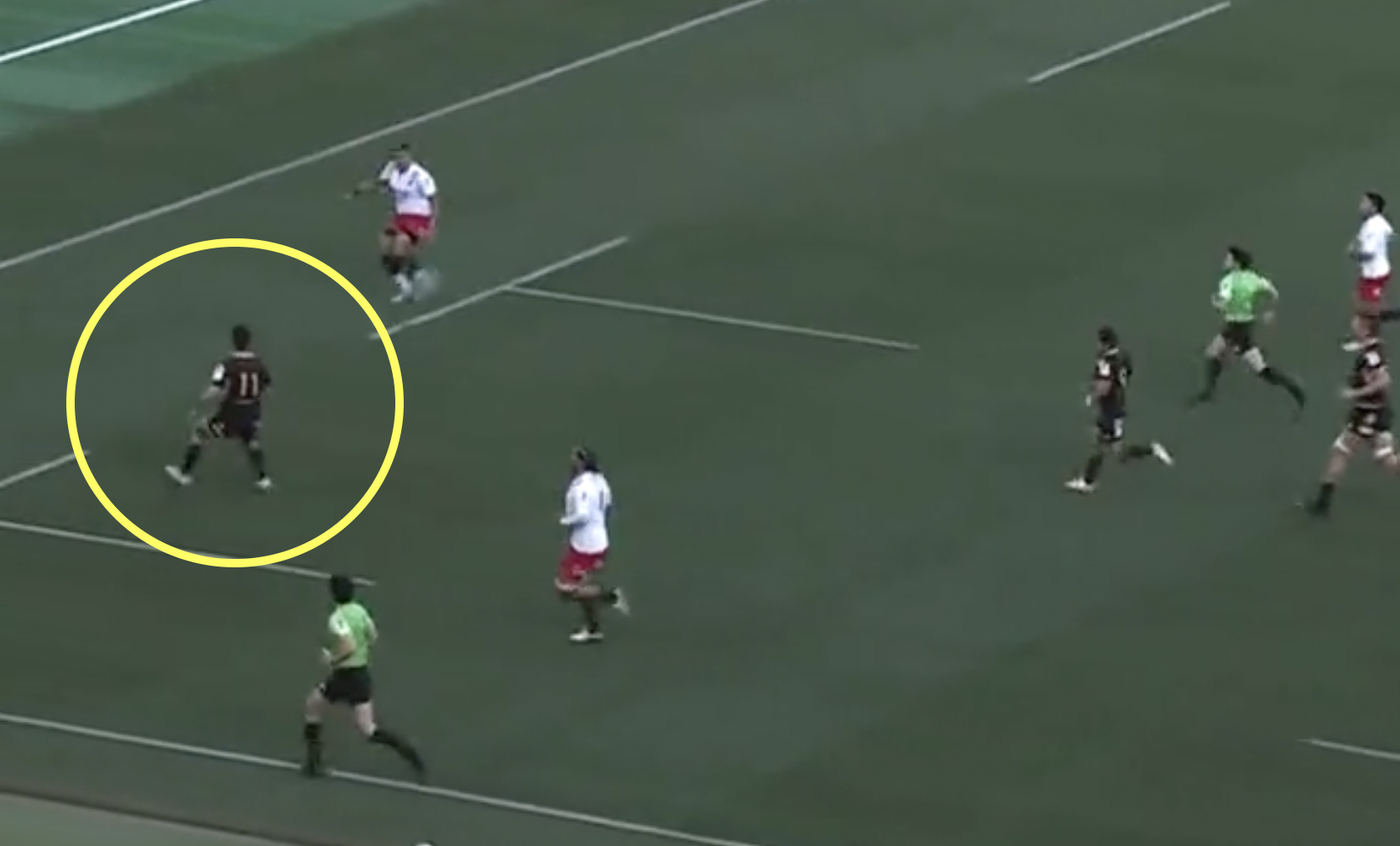 This is why you should never showboat in rugby

After Suntory Sungoliath comprehensively beat Toyota Verblitz 50-8 this weekend in Japan’s League One, winger Nakano Shogo would have hoped that there was enough action in the game that his particular faux pas did not get pasted all over the Internet. Unfortunately for him, that was not the case.

The winger was running in for what looked to be an easy try at the Ajinomoto Stadium in Tokyo, but rather than take the simple option and avoid the covering fullback by dotting down in the corner, he made a grave error. He instead took the option of slowing down just in front of the fullback and rather than dive over the line, he chose to lower his body down in the same way a person awaiting a double hip replacement would lower themselves down into a beanbag. So he was just asking for trouble.

Somewhere in the age between standing up and putting the ball down, Shogo was completely manhandled by his opponent, who not only wrestled him back over the line, but then made the next tackle moments later to withhold Suntory Sungoliath.

No one will ever know why the winger chose not to place the ball down in the extra five metres he had to his left, but he ultimately paid the price for showboating. Then again, as far as showboating goes, this was not even that extravagant. This was just a lapse in concentration possibly, or maybe just an over reliance on gravity to do its job. In the grand scheme of things, this little mishap did not affect the outcome of the game, but he will surely know better next time.