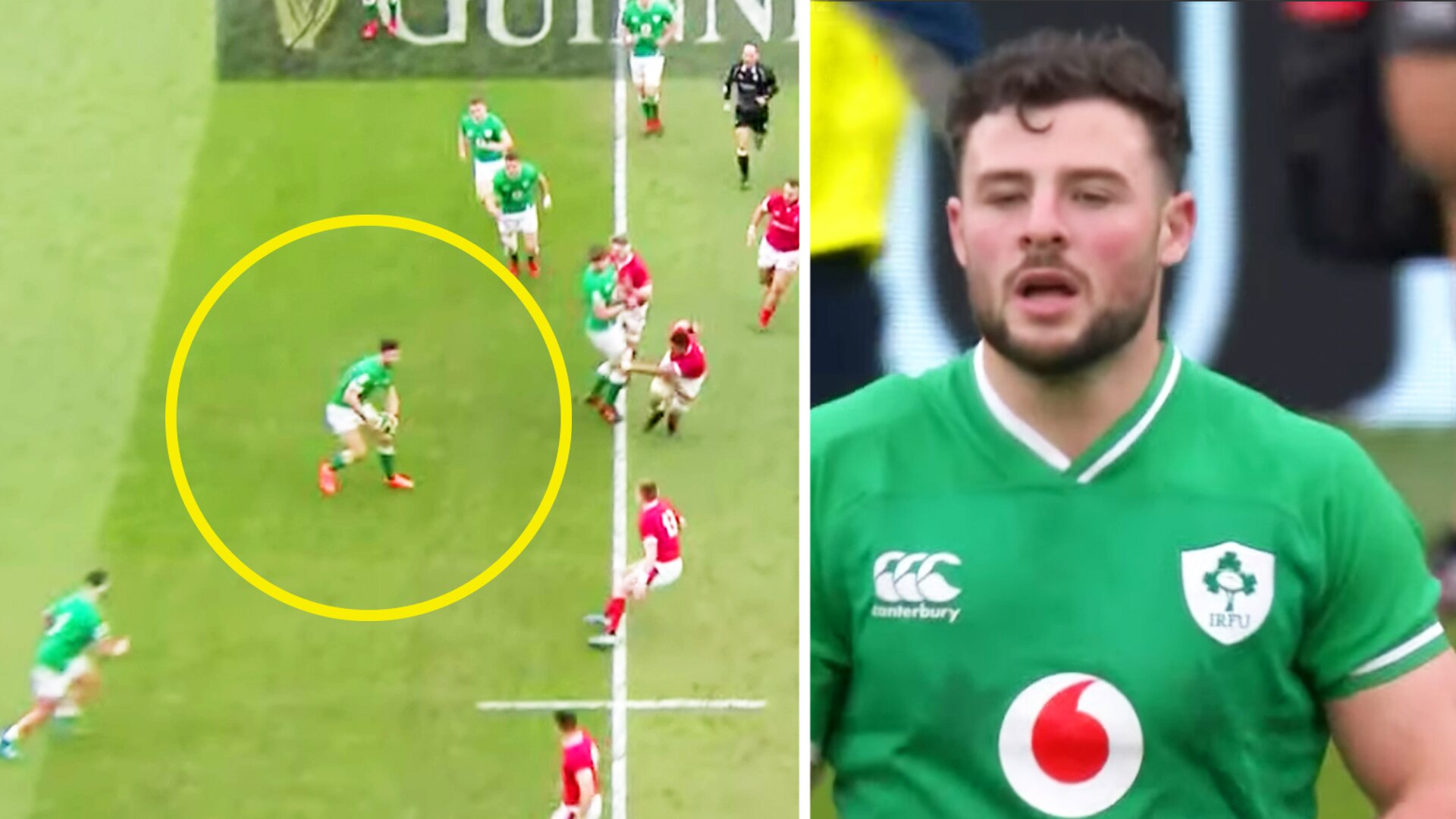 Robbie Henshaw is considered by many to be a ‘dark horse’ for a Lions starting place in South Africa next year.

This new video shows that he is isn’t the dark horse – he’s the front runner!

This mesmerising performance comes from the Six Nations earlier this year when Ireland hosted Wales in Dublin.

The devastating display from the Leinster centre showcased all the characteristics that a test match Lion needs.

His carrying play was exceptional from literally the first minute of the match as he demonstrated his threatening ball-carrying potential in the wide channels.

He also showed what a threat he can be at the breakdown as he throws himself into a ruck slowing the oppositions ball down significantly.

Will Greenwood believes Henshaw should start for the Lions next year

The video also showed what a threat Robbie Henshaw is in defence as we see him flying up in the line to disrupt the attacking plays at several points in the match.

The likes of Damian de Allende and Lukhanyo Am would not be able to cope with a player of this quality.

We know that when the Lions play in South Africa they’re always subject to rough play and off the ball antics. It’s clear to see from this video that Robbie Henshaw won’t shy away from a fight. That will be very important on tour next year.

Henshaw has been instrumental in Ireland’s recent success

“It’s an exciting time to be part of Irish rugby.”

The Irish won that day thanks to Henshaw’s scintillating display in the midfield.

Astoundingly the Leinster man only played 44 minutes of this match before being forced off injured after a nasty looking clash with Dan Biggar.

That shows what a difference he can make in a test match even in one half of rugby.

Henshaw would be a perfect player to combine with the direct powerplay of Manu Tuilagi or as a dynamic outside option to Owen Farrell and Finn Russell.

Whatever the case – the Springboks don’t know what they’re in for in a years time.

Watch this mesmerising performance from Henshaw below