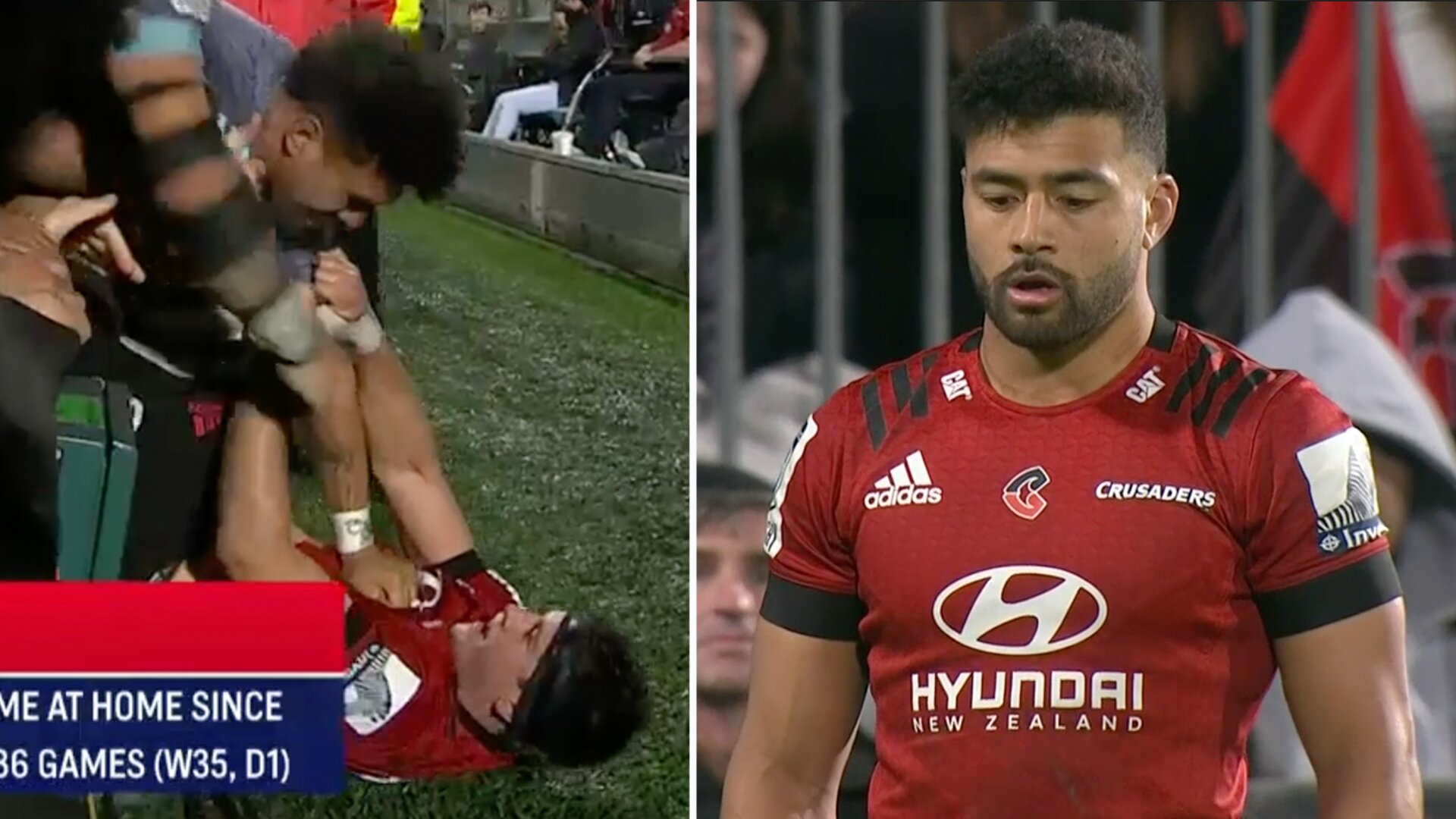 The Crusaders unbeaten run in Super Rugby Aotearoa is over after a stunning victory for the Hurricanes in Christchurch.

The Wellington side came out as winners in a shock result that blows the New Zealand tournament wide open.

No one was expecting this

This match featured some of the biggest names in rugby with Ardie Savea showcasing his incredible strength in the early stages.

Check out this monster carry from the All Blacks flanker

All eyes on Laumape but it’s Ardie Savea who’s lighting it up so far tonight pic.twitter.com/HKnmqHJljE

The first half was an end to end try fest with both sides looking to play an expansive, attacking style of play.

How’s the offload from Goodhue 👏🏽👏🏽

Neither side could pull away with a clear lead.

Crusaders winger George Bridge kept his side in the contest with one of the tries of the season in the first half.

We see as Sevu Reece breaks through the line before throwing a long flinging pass out wide. Bridge somehow managed to control this with some ingenious improvised skill.

Watch this from Bridge below

Ngani Laumape came into the contest as the man to watch and impressed in the first half with some devastating running lines but was forced to retire early in the second half after picking ip a shoulder injury.

Jordie Barrett extended his sides lead in the second half and after a try from Umaga-Jenson the Hurricanes had a 20-31 lead on the 62 minute mark.

With just over ten minutes to go the Crusaders, buoyed by the home crowd, launched an ambitious comeback as they went over through Quinten Strange to bring the scores to 27-31 with minutes left on the clock.

As expected, the Crusaders threw EVERYTHING at the men in yellow.

Barrett looked to have sealed the win for the Hurricanes with a 74th minute penalty to make the score 27-34.

And that is exactly what they did as Richie Mo’unga gave a sensational assist to help Sevu Reece score.

It wasn’t enough though as the Hurricanes held out a late onslaught to win the game at the death!

It ended the 36 game unbeaten run at home for the Crusaders.