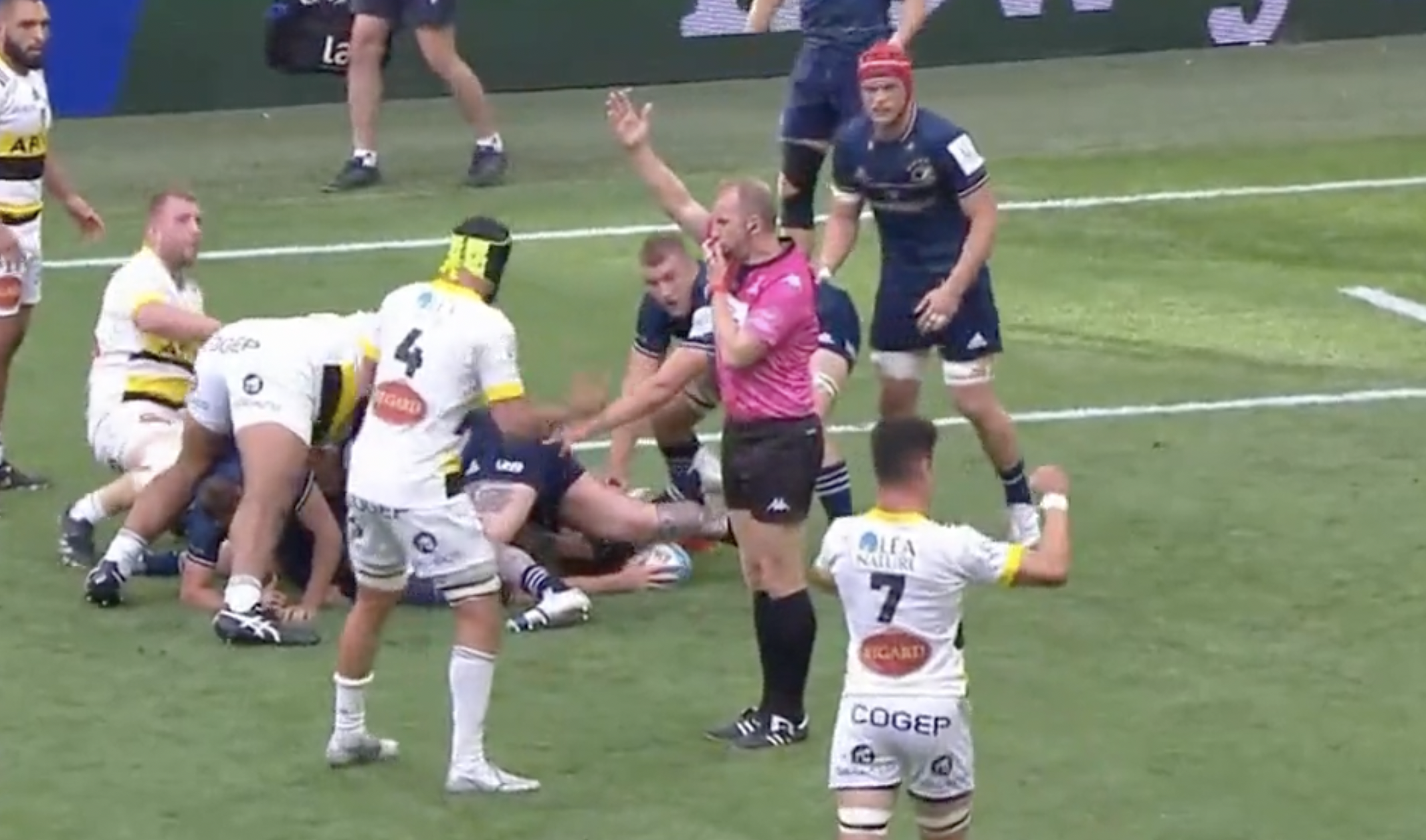 This was surely the moment Leinster lost the Champions Cup final

La Rochelle may have snatched the Heineken Champions Cup away from Leinster at the death on Saturday in Marseille through Arthur Retiere’s try, but it is easy to forget that they were trailing 18-10 with a quarter of the match remaining.

At that point it looked as though Leinster were going to saunter to their fifth European crown, but there was one key turning point in the 60th minute.

This came from a speculative drop goal attempt from Brice Dulin which missed the target considerably. However, what the Frenchman did not preempt was that the ball would bounce back into play but only enough that it would hover over the try line. This left Leinster captain Johnny Sexton in two minds as to whether he would be taking the ball over the line or not if he touched it down, so he decided to run it out.

One pass later to Hugo Keenan and the fullback was being tackled by La Rochelle scrum-half Thomas Berjon and hooker Pierre Bourgarit was over the ball on the deck, helping to win a penalty for his side. Fast forward a couple of minutes and the score was 18-17 courtesy of a try from Bourgarit after a driving maul. As far a wayward drop goal attempts go, this was quite a productive kick.

Of course, what could have been another huge turning point was the yellow card shown to La Rochelle lock Thomas Lavault for a trip on Jamison Gibson-Park just a few minutes after. However, his side rode that storm well, only conceding three points, before their late charge.

Leinster must have been shell shocked come the final whistle and would have struggled to understand what happened to them. But those few minutes around the hour mark were crucial.

EK Rugby Analysis shared the passage of play on Twitter:

Not what lost it, but O’Gara’s reaction after is telling#LEIvLAR pic.twitter.com/DoD6LWQB0V