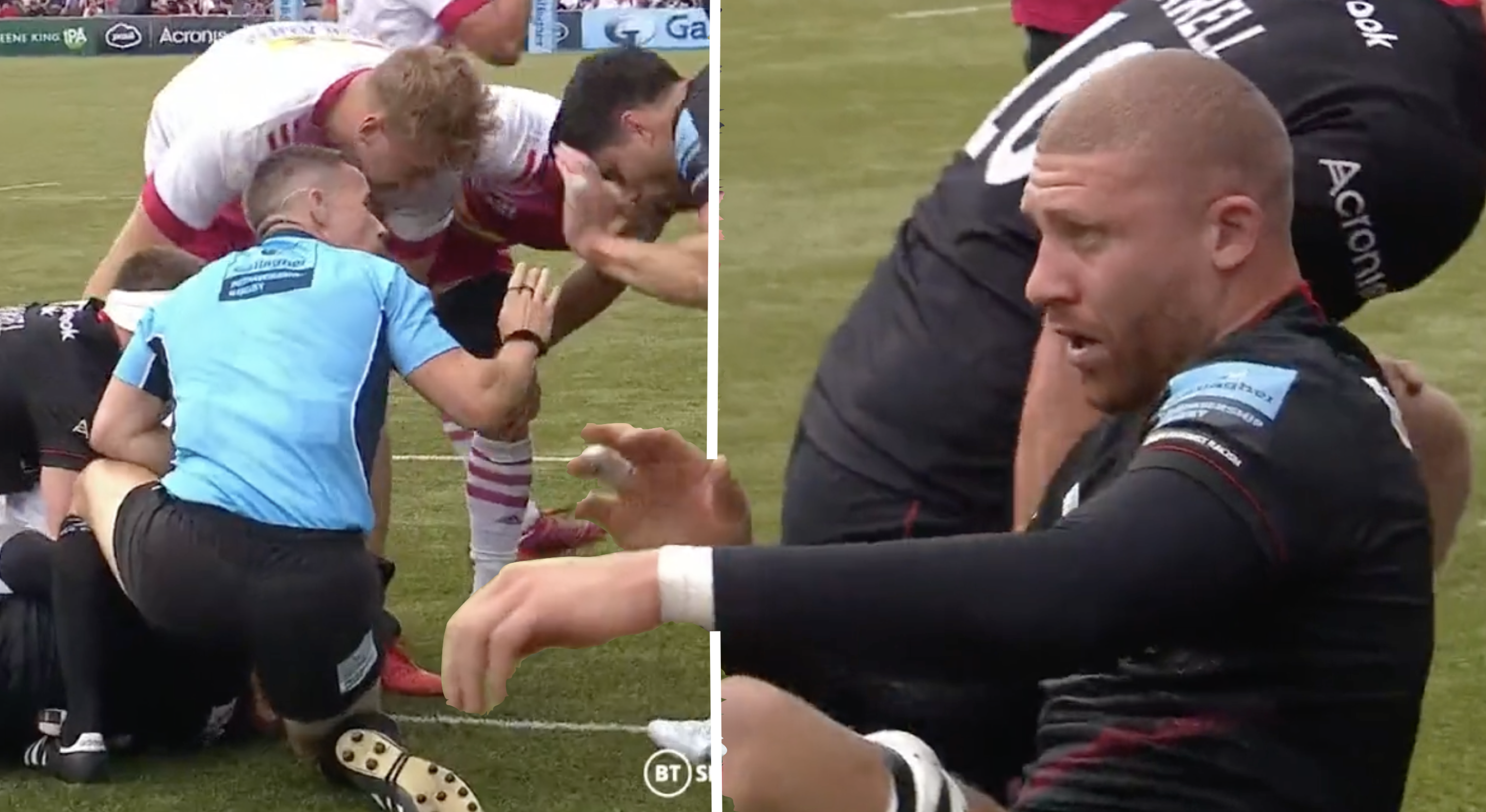 Try line defence doesn’t get any better than this

As far as second half cameos from the bench go, Saracens’ Nick Isiekwe had quite a game against Harlequins on Saturday in the Gallagher Premiership semi final at the StoneX Stadium.

The 24-year-old lock was playing in a Saracens team that seemed hell bent on losing as many players as possible, with Elliot Daly, Billy Vunipola and Alex Lozowski all being yellow carded for dangerous tackles. Inevitably then, Harlequins had plenty of time camped in Saracens’ half as they tried to reduce the lead the home side had built.

But some resolute defence from Saracens kept the defending Premiership champions at bay, as they eventually won 34-17. And as far as defensive involvements go, there were not many more important than Isiekwe’s in the final ten minutes on his try line.

With Quins peppering Sarries’ line, they were just inches away when Tom Lawday, with lock Matt Symons in support, spotted the England lock alone on one side of the ruck. He picked and went, and a try looked inevitable, but Isiekwe was not only able to get a purchase on the ball, but was able to twist Lawday to hold him up.

Given the fact that Isiekwe had already scuppered a couple of Quins’ attacking lineouts, it was not a bad afternoon’s work from him.

“Clearly we’re really gutted,” he said. “We came in with high hopes and expectations of delivering a performance and getting to a final but clearly the scoreboard said no.

“There were missed opportunities but I don’t want to bore you with them, I’d rather tip my hat to a very good team. We threw the kitchen sink at them and when they had 14 and 13 men they were courageous in their defence.

“We probably didn’t nail our stuff but you have to give them credit for delivering on the big occasion. When we reflect on this it’s going to be really key learnings when we sit on our beach towels with pebbles underneath it’s an opportunity missed.”

Two interceptions at the line out and now this unbelievable hold-up over the line 🙌#GallagherPrem pic.twitter.com/wkAnv9PIxo