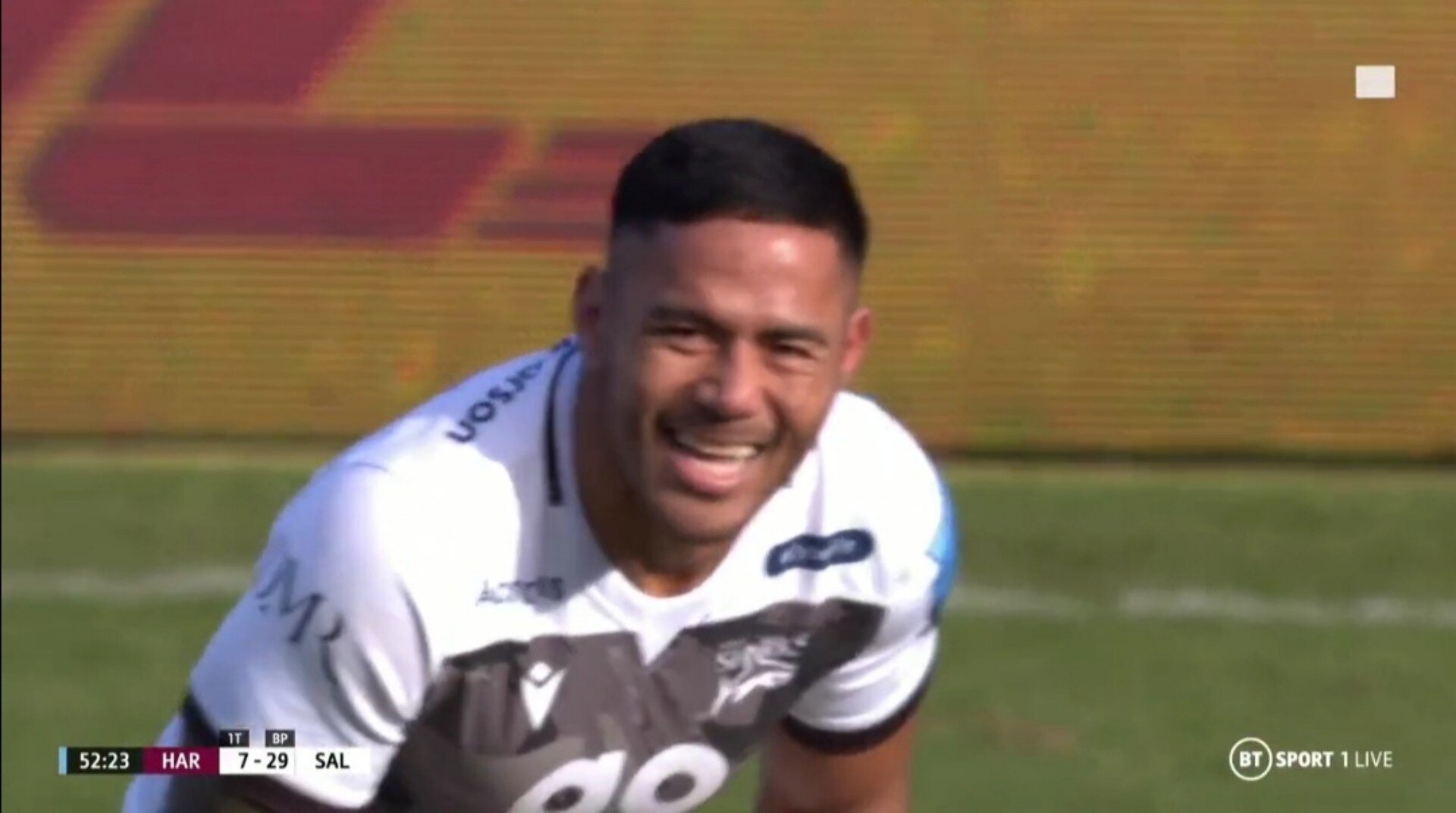 The England centre played the final 30 minutes of the match against Quins and spared no time in making his impact felt, producing some monstrous hits in the midfield. Then again, Tuilagi has always produced monstrous hits in the midfield, so nothing is new. However, another player who is equally accustomed to bulldozing through defenders is Quins No.12 Andre Esterhuizen. This is where it got interesting.

The South African crashed the ball up following a quick tap from Quins and, despite a ten metre run-up, was unceremoniously marmalised by Tuilagi, who not only stopped the 113kg Esterhuizen dead in his tracks, but then drove him backwards in a collision that totalled 220kg.

The question now is how long does Eddie Jones wait before bringing Tuilagi back into the England set-up. Sale take on Worcester Warriors this Saturday, while England take on Italy on Sunday in the Six Nations before a break before round three.

England’s backs perhaps lacked pace and power on Saturday in their loss against Scotland, and it is undeniable that Tuilagi will provide some grunt in the midfield. England were by no means terrible in the Calcutta Cup, but it is hard to see how there is not still a place for Tuilagi in the England back line. It seems more than likely that he will play some part in England’s Six Nations campaign, so it is a matter of when rather than if. England will probably be able to manage without him against Italy, but Jones will surely want him in the mix for Wales, Ireland and France.