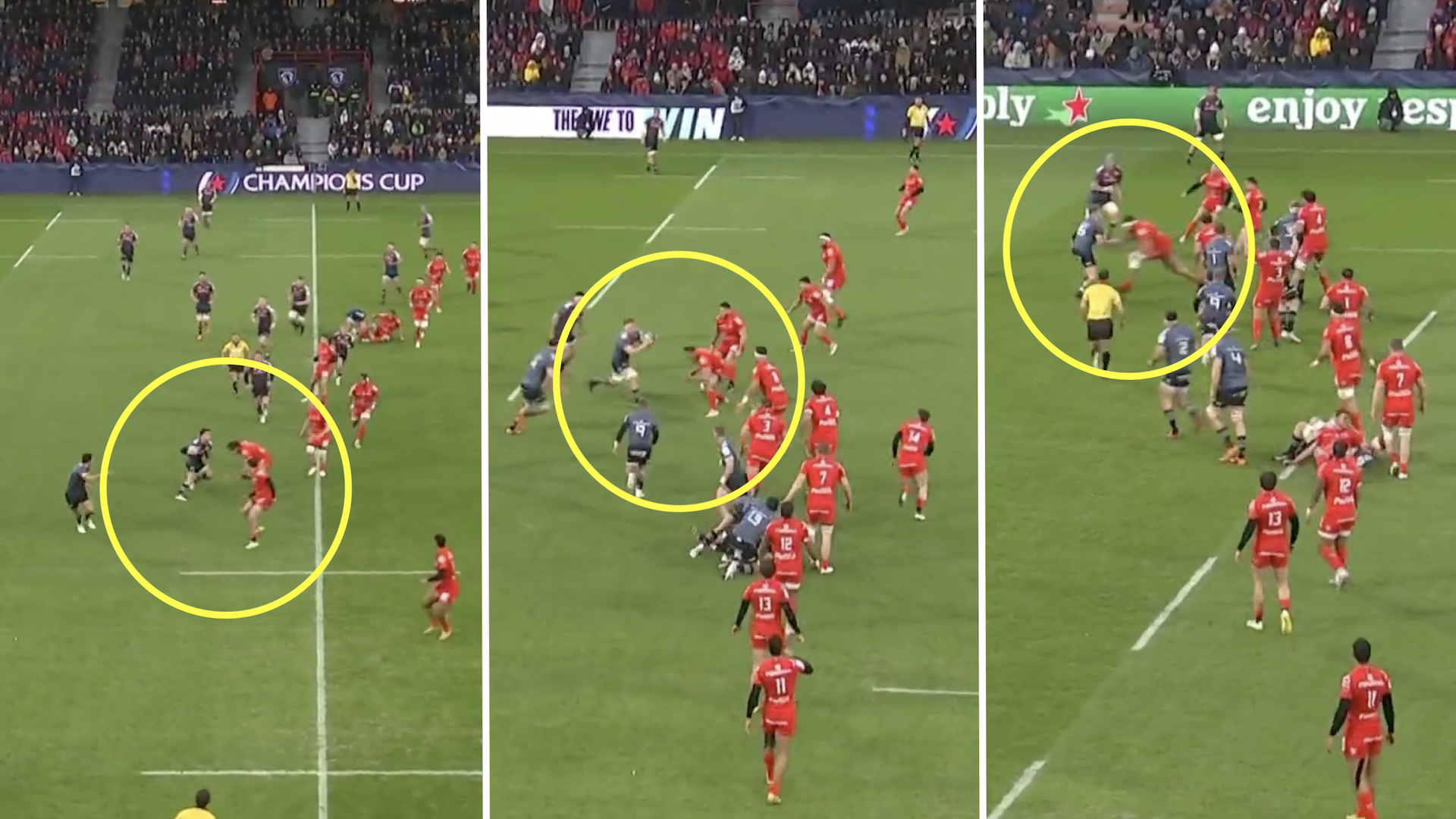 There was a brief moment in Toulouse’s encounter with Munster on Sunday when the five time European champions entered god mode in rugby.

It saw locks Richie Arnold and Emmanuel Meafou team up with flanker Anthony Jelonch to produce three brutal tackles in under 30 seconds. That is a combined weight of 377kg in just three tackles. It is no surprise therefore they marched Munster back from the halfway line to near the 22.

The first hit was from Arnold, who drove fly-half Joey Carbery back. Jelonch upped the stakes with the next hit, driving No8 Gavin Coombes back. But the piece de resistance was from Meafou, who flew out of the line to marmalise fullback Mike Haley, making use of his 50kg weight advantage over him.

This all happened on eleven minutes, which was a pretty emphatic way to welcome Munster to the Stade Ernest Wallon. Munster rode the storm pretty well though, although they did still lose 20-14.

Take a look at the tackles:

Three hits from Toulouse in 34 seconds

Despite the loss, Munster still qualified for the round of 16 in the Heineken Champions Cup, where they face an away trip against the Sharks. Though the match is not at home, Munster head coach Graham Rowntree is relishing the challenge.

“If you’re going to win this competition, you’ve got to go places and win games like this,” Rowntree said.

“What we are proving is that we’ve got form on the road, so I’m already looking forward to it. It’s a challenge, but we like a challenge at this club.

“We’re going to be seeing a lot of them (the Sharks). And to me, what makes a class team is what you do on the road.

“We’ve had a couple of good moments there recently, in Edinburgh and Ulster. I’m gutted about today in Toulouse because it would have been a nice feather in the cap.”