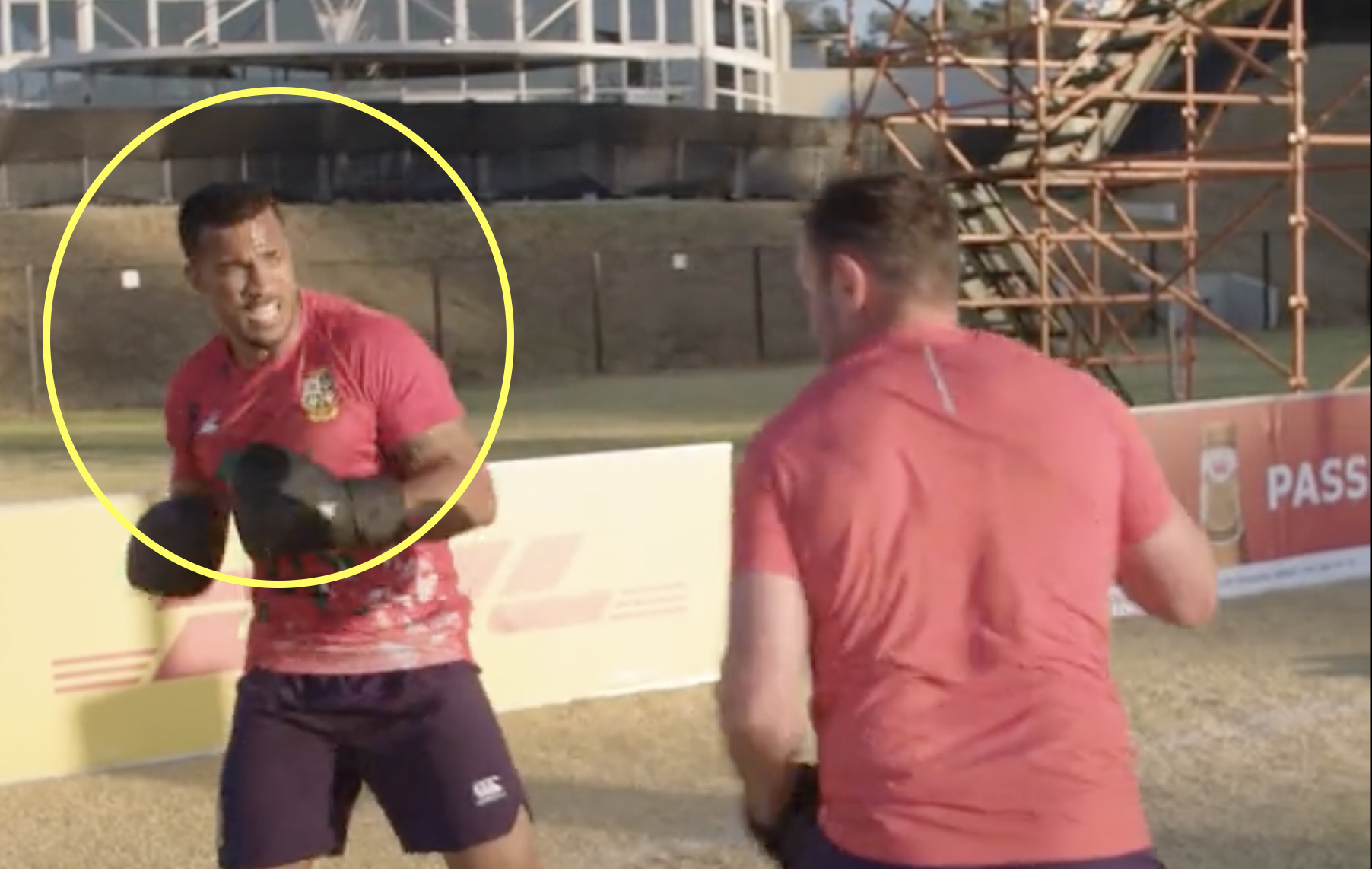 British & Irish Lions back three teammates from 2017 and 2021 Anthony Watson and Liam Williams started the Anglo-Welsh banter ahead of the Six Nations with a hilarious exchange on Twitter today.

The war of words started after the Lions shared a video of England’s Watson doing some boxing training this year during the series in South Africa, to which his back three teammate on tour Williams responded by saying he “couldn’t batter a sausage.”

Watson fired back with the retort “Battered you at Twickenham couple times,” only for the Welshman to come back moments later with “Hahahahah!!! I’ll give you that. 2015 RWC in Twickers was a good one mind…”

There is nothing like a bit of banter like this between Lions teammates ahead of the Six Nations, although the injured Watson will be unable to play. This is shaping up to be one of the closest and highest quality Six Nations in living memory, and it looks as though the players are adding an extra bit of spice.

Despite both players featuring in two of the three Tests against the Springboks this year, they only spent 10 minutes on the pitch together- in the final ten minutes of the first Test after Williams came on from the bench. The Welshman missed out on selection in the second Test, while Watson missed out in the third.

Meanwhile, England host Wales at Twickenham in the third round of the Six Nations this year and will be hoping to avenge their loss to the reigning champions at the Principality Stadium last year.

There are also discussions about moving Wales’ home games to England this year due to various restrictions. Tottenham Hotspurs’ stadium has been mooted as a possible venue for Wayne Pivac’s side, while there have also been suggestions that the entire tournament may be staged in one country.