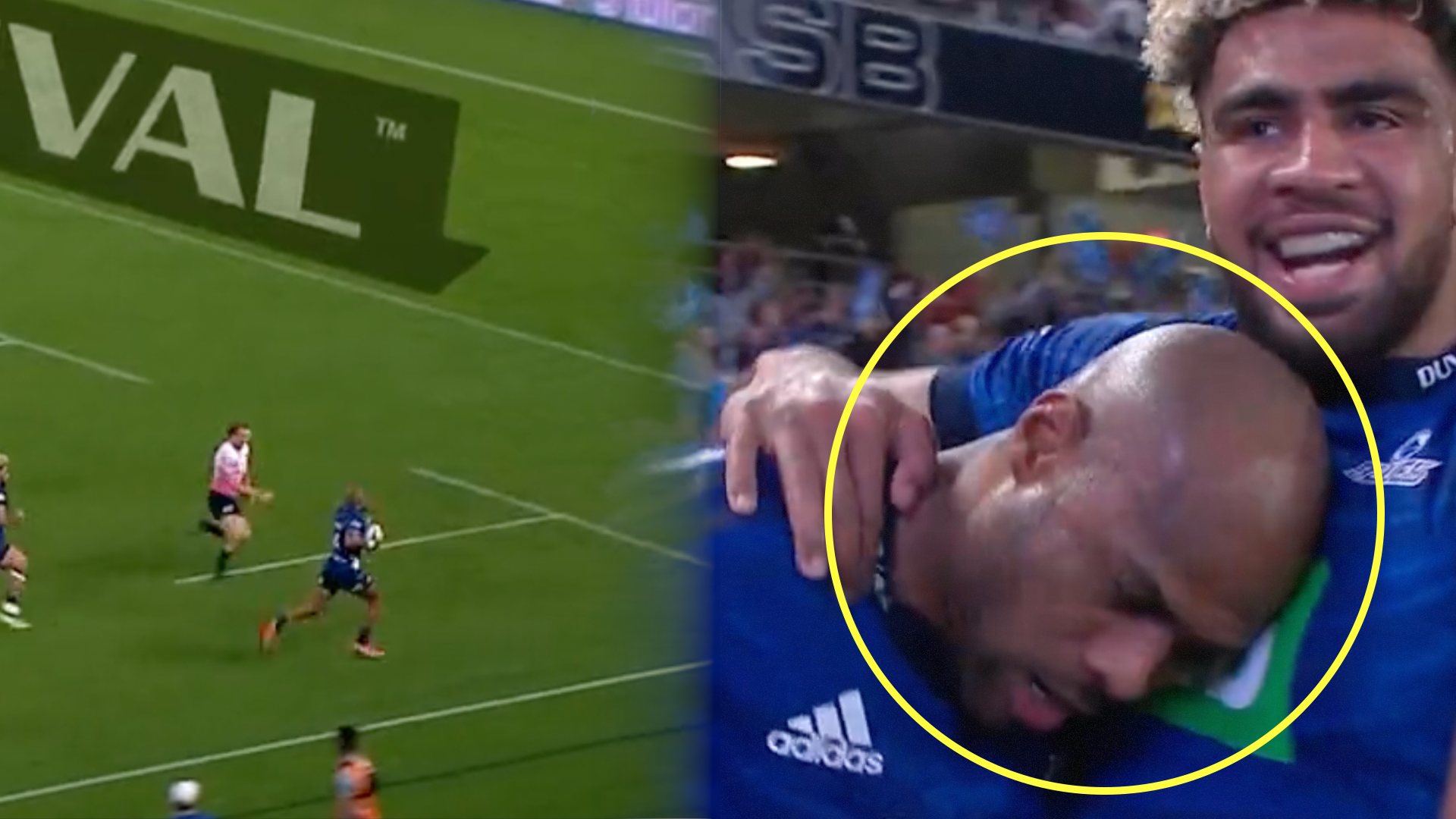 The Blues put on a try scoring clinic against the Rebels at Eden Park on Friday in Super Rugby Pacific, scoring nine tries in the first half alone.

Social media is currently crammed full of clips and highlights of this demolition by them, although Mark Telea’s first half try is probably the pick of the bunch.

Even without an outrageous finish this would have been an immense try, with pinpoint offloading and some blistering pace by Rieko Ioane to put Telea in in the corner. However, the 25-year-old’s finish was the piece de resistance, as he leapt into the all and almost pulled of a full front flip in the process of dotting the ball down.

The Blues already sat at the top of the Super Rugby table going into the match, and it looks like no one is overtaking them this week.

“We will definitely take the two wins, and there were aspects of both games that were really good. But we need a consistent 80-minute performance. We need to be more accurate, more disciplined and more patient,” said Blues head coach Leon MacDonald before the match.

“We were never under any illusion about the capability of the Australian teams and they have shown that they are very competitive. The Rebels are no different and we will need to execute with more precision if we want to earn a positive outcome.

“The team is excited to be back home for this game and looking to produce a display that our fans can be proud of, and we hope they will make it a sea of blue at Eden Park.”