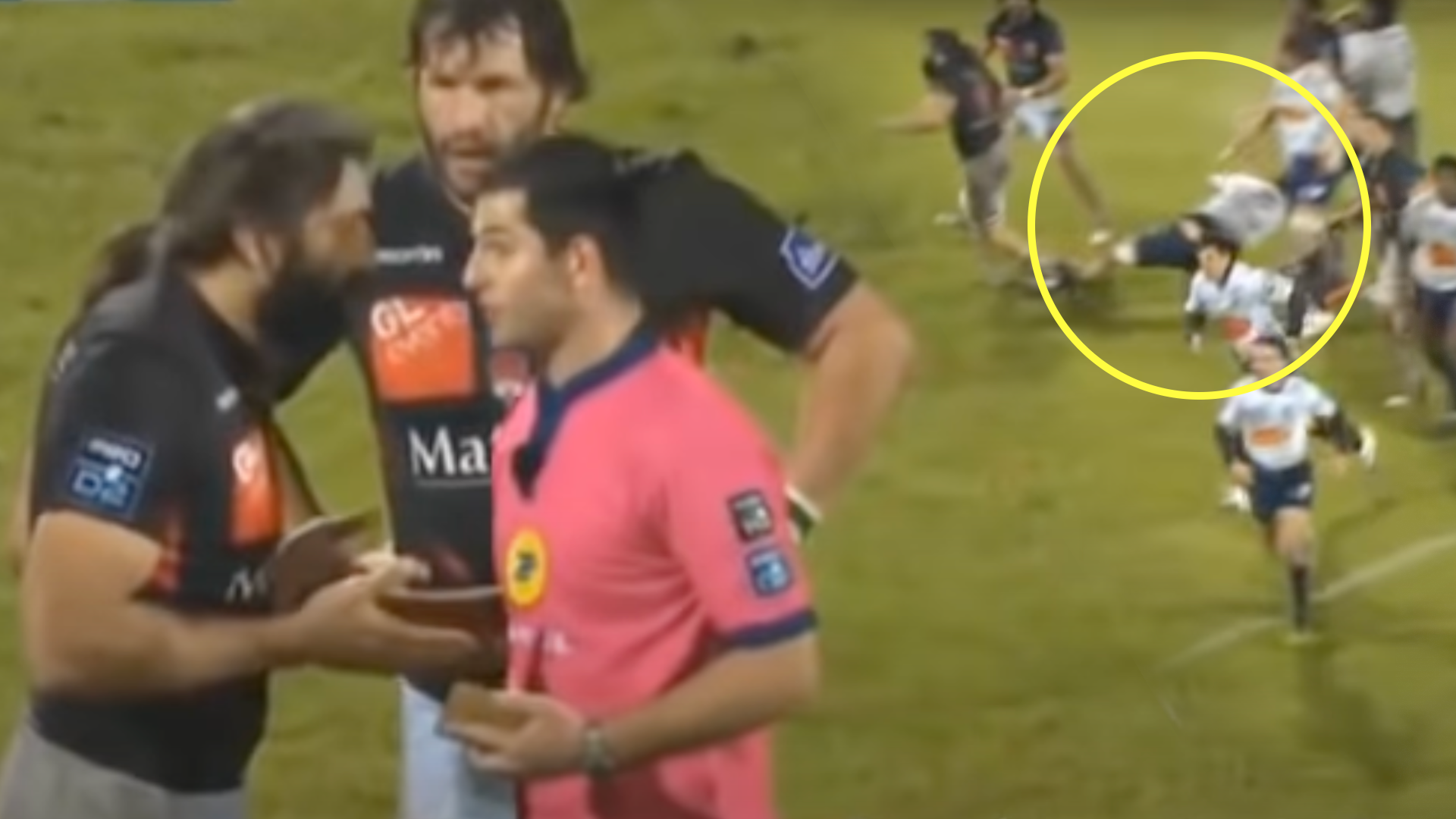 Unimaginable how Sebastien Chabal only got a yellow for knockout punch

If anyone wants any proof that rugby has changed for the better over the past ten years, look no further than a ProD2 match between Lyon and Agen.

This match saw legendary French forward Sebastien Chabal then at the final stages of his career, aged 36, but still as brutal as ever. In fact, he was so brutal that he actually knocked out Agen No8 Marc Giraud with one punch. The craziest thing about the whole incident though is that ‘The Caveman’ only received a yellow card for it.

This was just a right hook to the face of his opponent, who collapsed to the floor immediately and needed to be stretchered off, and it only resulted in a yellow card. Either this was a huge aberration at the time, or this goes to show that rugby has become much, much safer in the last decade. It is unimaginable today that any player could throw a punch to the face of their opponent and get away with anything less than a red card, let alone knock the player out cold.

Maybe the strangest thing about the whole incident is that the 62-cap Frenchman actually argued with the referee and pleaded his case, and looked furious after being shown a yellow. Yes, Giraud did hold onto his shirt after he had tried to leave a ruck, but that did not give him the right to assault him. Times have changed.

Chabal retired a year later having helped Lyon earn promotion to the Top 14, saying at the time: “I realise how lucky I’ve been, and to have the opportunity to call it a day with a title and finish the mission for which I came: helping Lyon win promotion.”

He will go down as one of the legendary characters of the game, but this was not one of his finest moments.