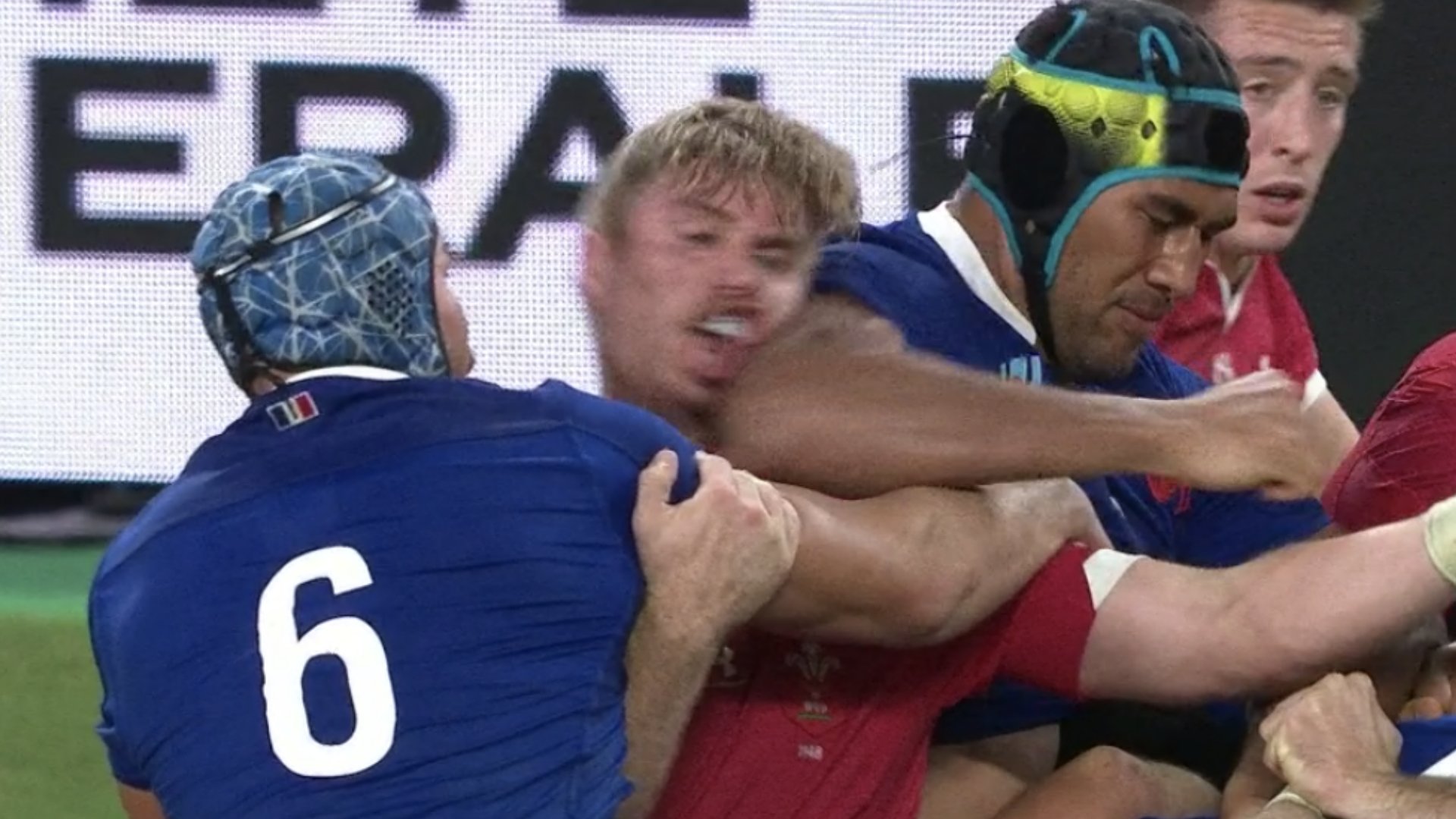 This was actually awful, the slo-mo shows how bad it was but even in real-time, it was horrendous.

The French and Welsh match itself was a brilliant contest but this truly marred the match.

Sebastien Vahaamahina started in France’s opening round victory over Argentina. Came off the bench against USA. Started against Tonga.

In 2015, was included in France’s preliminary World Cup squad, but was among the last players dropped, giving way to more experienced players in the team’s second-row.

Recently he has played very well, scoring early on in the match but then this elbow truly marred the game it was truly horrendous.

We will show you two angles.

Look at how bad this is…

Fans on Twitter were rightly appalled by the albow.

Look at their reactions here.

Stupid, stupid moment. You feel for the other 22 players.

Wales got a narrow victory against France which means that they will now face either South Africa or Japan in the World Cup semi-final!

It was a fantastic match but this truly was a dark spot on the game.

France certainly played their game of the tournament which the likes of Romain Ntamack putting in strong performances. But it still wasn’t enough for them to get the win.

Ntamack came off the bench to score a pair of tries in the 27-10 victory over Scotland on 23 February, 2019. It was the first time Alldritt had scored and the first time he was on the winning side for Les Bleus. He could have represented Scotland as he qualifies through his father Terence. Has a brother, who also plays rugby and is based in Edinburgh.

We are sure that Wales will be over the moon to have avoided New Zealand now in the World Cup and they could very well meet them again in a final.

Wainwright will hope that he is not concussed from this.