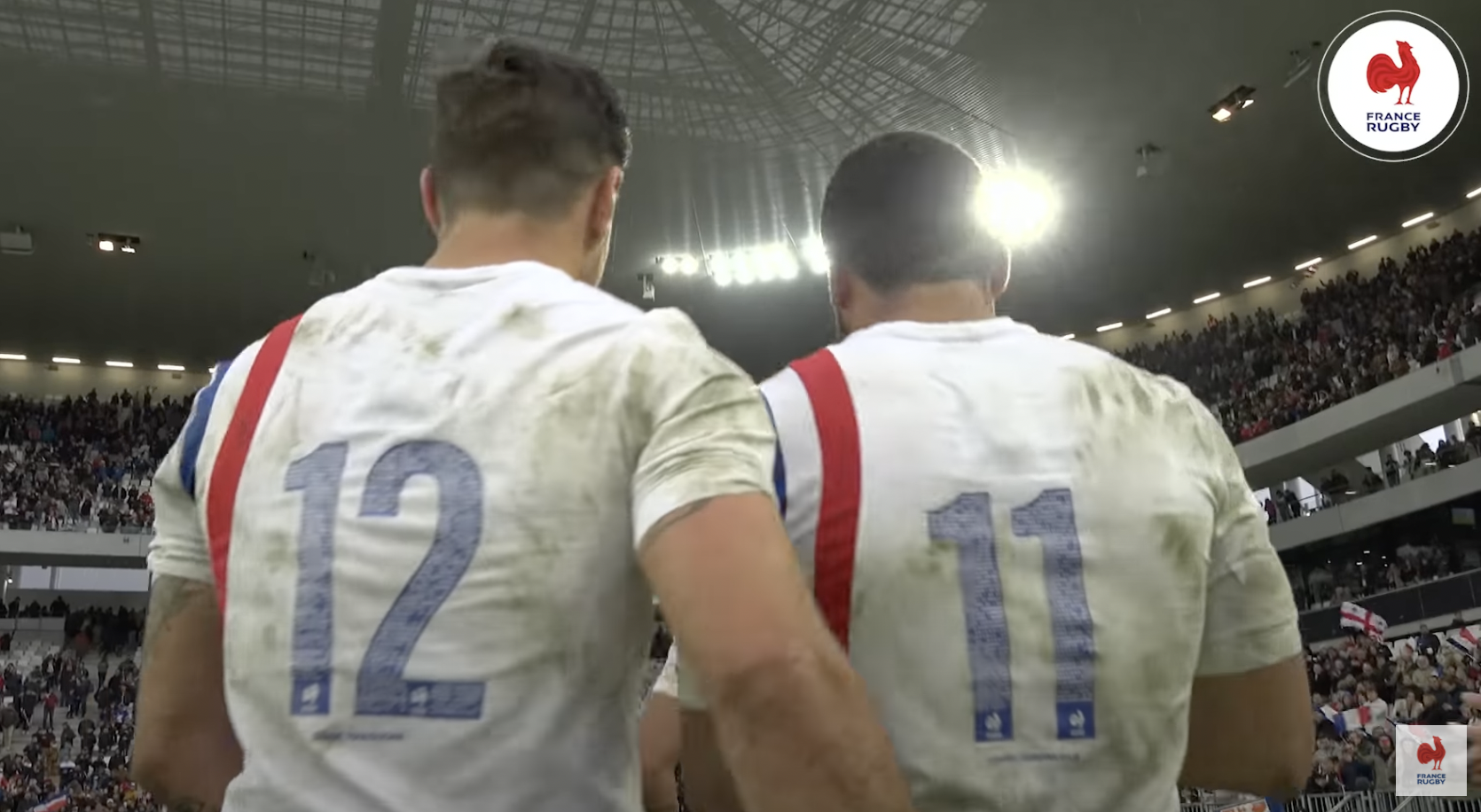 Video reveals major clue about French line-up against All Blacks

Video footage from France’s final full training session in Marcoussis today has revealed a major clue about their line-up against the All Blacks at the Stade de France on Saturday.

This could be a major hint regarding Fabien Galthie’s line-up on Saturday, as it looks as though he has reverted back to playing the Toulouse man at fly-half. This comes after two games against Argentina and Georgia where the Bordeaux man Jalibert started in the No10 jersey and Ntamack played at inside centre.

France won both of those games, but maybe not as glamorously as Galthie would have wanted, so he has opted for the slightly more experienced combination of the Toulouse half-backs instead, with captain Antoine Dupont obviously started in the No9 jersey.

Romain Ntamack training in the No.10 bib with Matthieu Jalibert in No. 22 for France’s final full training session before facing the #AllBlacks on Saturday #FRAvNZL pic.twitter.com/NY7erA1GxB

The matches against the Pumas and Georgia were viewed as warm-ups to the showdown against the All Blacks, which will be a precursor to their World Cup pool stage encounter in two years’ time at the same venue. Instead, Galthie may have seen those games more as chances to experiment with different combinations.

Playing Jalibert alongside Ntamack seemed like a reasonable option as both players have been in electric form for their clubs this season. That does not mean, however, that Jalibert cannot make an impact from bench, and that may be the preferred option for the pair going into this match and maybe even into the Six Nations.

The French 23 to face the All Blacks will be announced tomorrow.