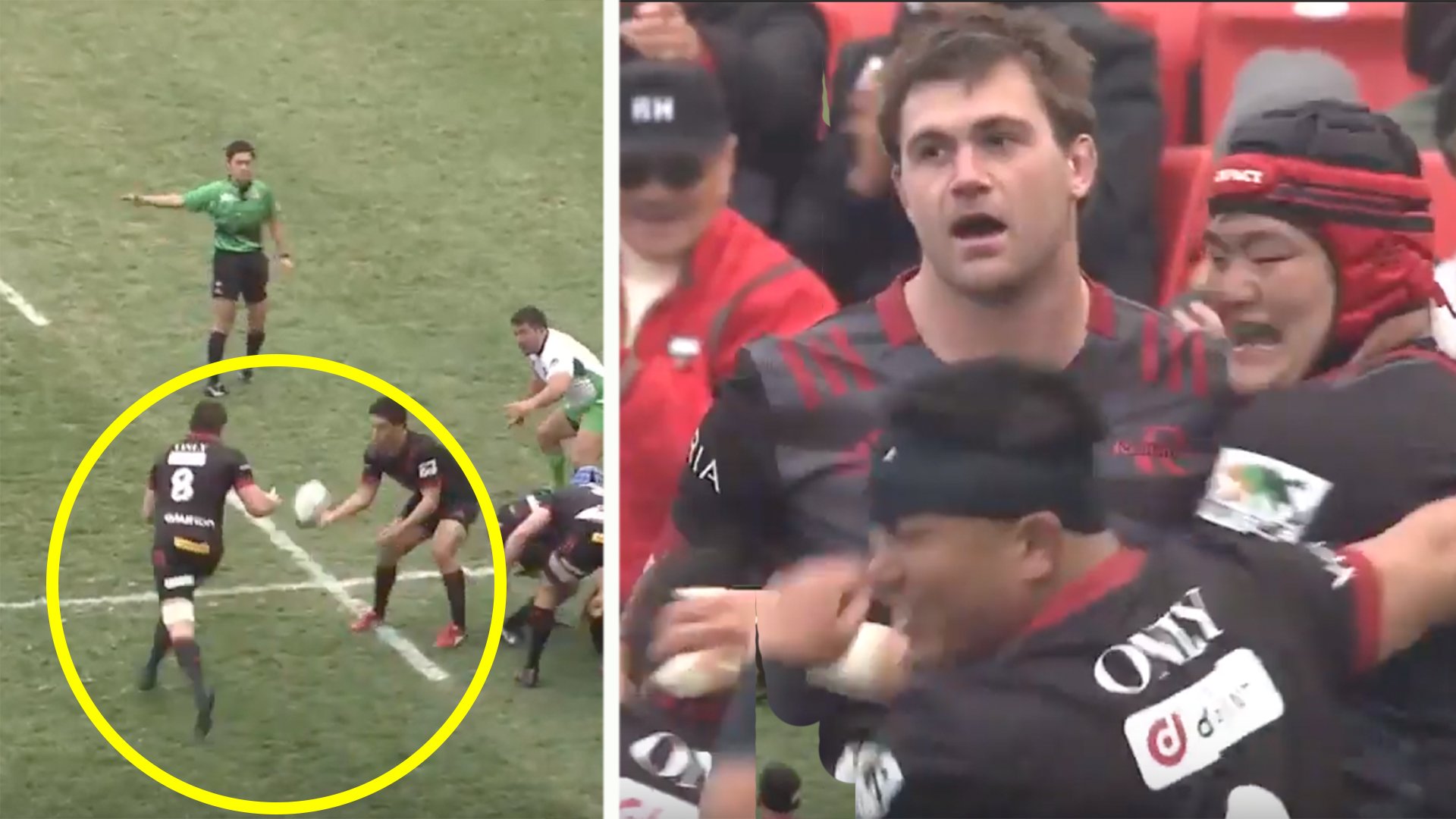 Liam Squire is known by rugby fans for his destructive nature and his barnstorming runs. The players in Japan’s Top League have found that out the hard way.

Liam Squire recently joined Japan’s exciting new Top League. A division where many of the top players in World Rugby are now joining.

South African players are dominating the league so far…

The 29-year-old, joined Japanese club NTT DoCoMo Red Hurricanes on a two-year deal. He only played three matches for the Highlanders last season, with knee and hip injuries as well as “personal family issues” ruling him out of action for the Dunedin franchise’s first 14 matches.

In this video, the All Black star runs through 5 players on the way to the try line, in a truly terrifying break… Hansen labelled Squire’s self-imposed exile from the national squad as a “brave decision”, but his absence from the side has been noticeable.

Squire had been used as the All Blacks’ premier blindside flanker following the departure of long-serving veteran Jerome Kaino to Toulouse in 2017, but Hansen has struggled to find a replacement for Squire since the 23-test star, who is renowned for abrasive ball-carrying and physical style of play, made himself unavailable.

It seems that the All Black back row will enjoy life in the Japanese League, with his sizeable frame making it almost impossible for some of the smaller forwards in the division to get a hand on him.

This run from Squires was devastating, the players can’t keep a hold of him!