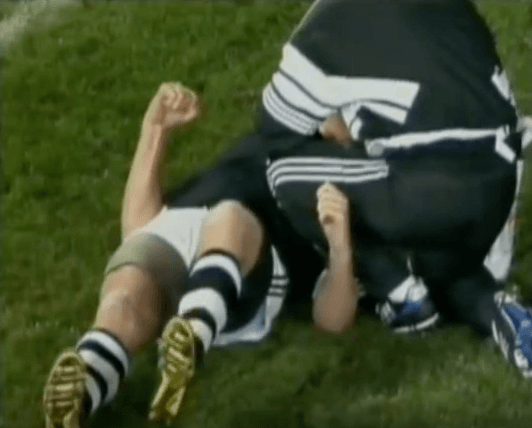 VIDEO: Throwback to a shocking moment on the Rugby field in 1991

The video itself is hard to watch in it’s entirety. Dean Lonergan was only a minute into this test when he was on the receiving end of a Steve Roach hit. Lonergan saw the opportunity for a big tackle on the Australian prop, however the results proved messy.

The video has become somewhat of a cult video for New Zealand rugby league fans, as Lonergan was back on the pitch just ten minutes after the incident occurred. He then found himself being hailed as a hero after the Kiwis won the Test 24-8.