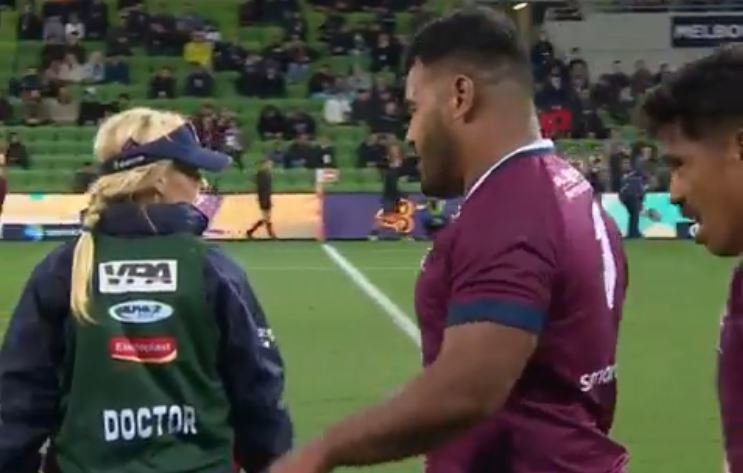 VIDEO: Tongan Thor’s subtle set-up confirms as an alpha prop despite his age

The Reds slumped to a 30-24 against the Rebels in Melbourne on Friday, bringing an end to their two-match winning streak.

However, that does not mean that Brad Thorn’s side did not entertain the crowd, particularly with their first try of the match.

The try was scored by Isaac Lucas, as he linked up with Taniela ‘The Tongan Thor’ Tupou perfectly to score in the corner.

Tupou has made a name for himself in the tight, and his power was shown when he almost barrelled over for a try in the second half. However, he also proved here that he is adept in the wider channels, and has some soft hands to complement his power.