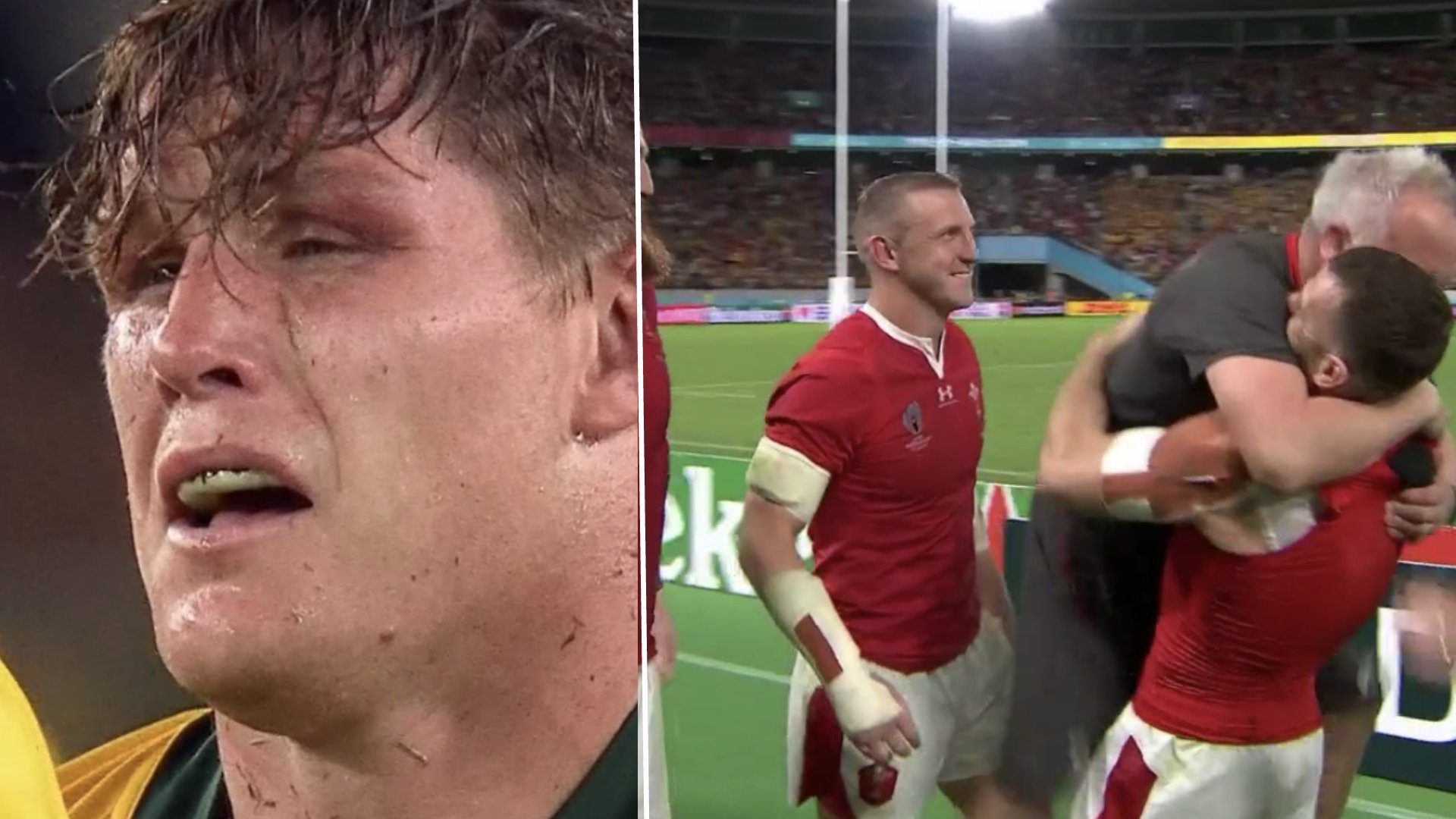 Wales hold on for incredible victory over Australia

It was billed as the decider in Pool D, and boy did we get a blockbuster match. In the big game in Tokyo. Wales were ahead by 15 points at half time, but a sensational Michael Hooper performance helped the men in gold to bring the game back almost level. The men in red eventually won 25-29 in a brilliant match! Incredible. Australia instantly came back into the game with this brilliant try…

STRIKE BACK | Matt Toomua makes an instant impact as #Australia score from long range to close the gap on Wales to 11 points#AUSvWAL LIVE & EXCLUSIVE at https://t.co/nV95q5Y2sL #RWC2019 pic.twitter.com/JE5D4tKYQp

Hooper played brilliantly, just look at this hit he made on Davies…

Look at this skill

Scotland have won nine of the 11 Tests between the two sides however the last two meetings underlined the Islanders’ potency in attack, scoring 33 and 38 points in defeat at Rugby World Cup 2015 and the 2017 Autumn Tests.

This threat was evident again in Samoa’s bonus-point win over Russia in their opening Pool A match (34-9), with Scotland looking to the Test as a chance to bounce back from their opening round defeat to Ireland (27-3) and get their Pool campaign on track.

“We had worked hard in our build-up to this tournament to deliver our best rugby but we were well below this level in our opening game against Ireland. We’ll need to be much better on Monday night against such a dangerous opponent.”

He added: “It’s been a long week building towards a game where we intend to put a lot of things right.

“The players have responded well in training, know what is required of them and are hungry to deliver the kind of performance that keeps us in the world cup.

“The reality is we now have to win our next three games to make it out of our pool, so the knockout stages for us begin this Monday night.

“I firmly believe this group are ready to take on that challenge.”

Two of Scotland’s starting changes come in the backline where Edinburgh wing Darcy Graham and Gloucester centre Chris Harris – try scorers against Georgia and France in respective Summer Tests – start in place of Tommy Seymour and Duncan Taylor, the latter moving to the bench.