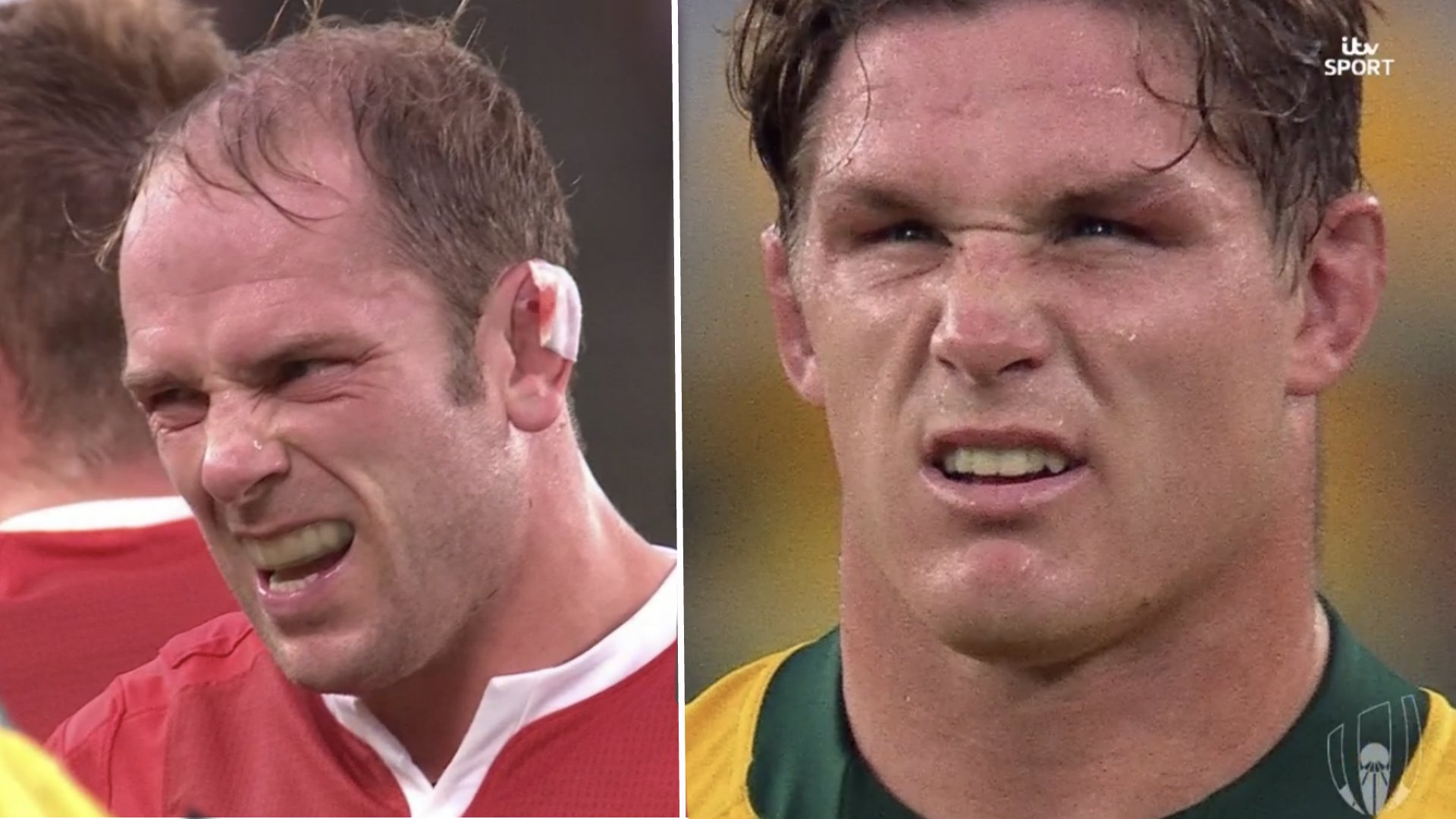 It’s the big clash in Pool D, and the game has certainly delivered. It’s been incredibly intense.

It’s half time in the clash between Australia and Wales and the intensity of this match has been on another level.

Both teams have scored some fantastic tries in the first half after both teams appeared to be really pumped before the game started.

Who are you supporting?

The Welsh anthem was something else…

SO MUCH PASSION!@WelshRugbyUnion sing hair-raising national anthem ahead of massive match with Australia #RWC2019 #AUSvWAL pic.twitter.com/531ZLOgDO5

Check out this try from Adam Ashley Cooper, simply on another level!

But Wales had their own try, both of them coming from the air…

South Africa’s 57-3 dismantling of Namibia ticked a few boxes for Rassie Erasmus, SA Rugby’s director of rugby, but a critical showdown looms with Italy on Friday.

Erasmus gave his team a qualified pass mark in the nine-tries-to-nil victory – the biggest by any team at the Rugby World Cup to date – but he acknowledged that not too much should be read into it.

“For us, overall, a few boxes were ticked but certainly a lot of work still to do,” he said. “We’ve now got a crunch game – a really important game – against Italy.

“We always said before the World Cup that there were four really important games in the tournament – beating one of New Zealand or Italy in the Pool and then the three play-off games – quarterfinal, semifinal and final. There’s lots of work ahead.”

The much-changed Springbok team – showing 13 changes to the starting XV – led 31-3 at halftime in front of 36 449 fans at the impressive City of Toyota Stadium.

Makazole Mapimpi and Bongi Mbonambi each scored a brace of tries while there were others for Lukhanyo Am, Warrick Gelant, Siya Kolisi, Schalk Brits and Francois Louw.

Erasmus said: “We needed to bounce back with a win and we got that with five points so that was important and that was a positive.

“But in the same breath you could see that Namibia was probably targeting the Canada game and they were resting a few players so, by no means are we getting carried away. We are realistic on where we are and what we have to do.

“They really came for us physically very hard. We might not have had a really hard tactical challenge in this game but physically we were challenged.

“A lot of people will point fingers and say it wasn’t a great performance but at least it was a physical challenge. Some guys got some match fitness and we got some log points out of this and now we’re a little bit better prepared for the Italy match.”

Erasmus also noted how much the Tier Two nations had improved.

“Japan beat us and now they’ve beaten a team like Ireland so there’s a responsibility on us to play these games as hard as we can to make teams like Namibia see where they are and where they must improve.”

Erasmus also highlighted the difficulty of the handling in the humid conditions, which, he said, he had forecast could lead to upsets in the pool stage – such as Japan’s victory over Ireland earlier in the day. Incredibly, incredibly they won by 9 tries.

“We said two or three weeks ago that there might be a few upsets in the pool games but when we get to the play offs I think the best teams probably will win because that humidity factor won’t play such a big role,” he said.

“It’s difficult to explain to people how tough it is to handle the ball in these conditions. It’s always easy in the first 15, 20 minutes – the ball is going to stick – but after that it is almost impossible to handle.

“The guys change their jerseys at halftime but within five minutes everything is soaking wet again. And it’s not just passing that’s difficult; it’s even in the maul where you’re trying to transfer the ball back.”

Meanwhile Japan’s victory over Ireland raised the potential for a Springboks versus Japan quarter-final. Incredibly impressive.

“I said when we played [Japan] that the score [41-7] wasn’t a true reflection of the game and if you listen to the recording I said that if we manage to get through to the quarterfinals I was pretty sure that we might play Japan.

“I always thought Japan was a realistic contender for getting through to the quarterfinals and if they beat Scotland now they can end top of the pool, and if we manage to beat Italy then it is a realistic option that we’d be paying Japan – or a scary option!” Incredibly good.

Erasmus also congratulated Japan on their hosting of the tournament. Incredibly good effort from the Springboks.