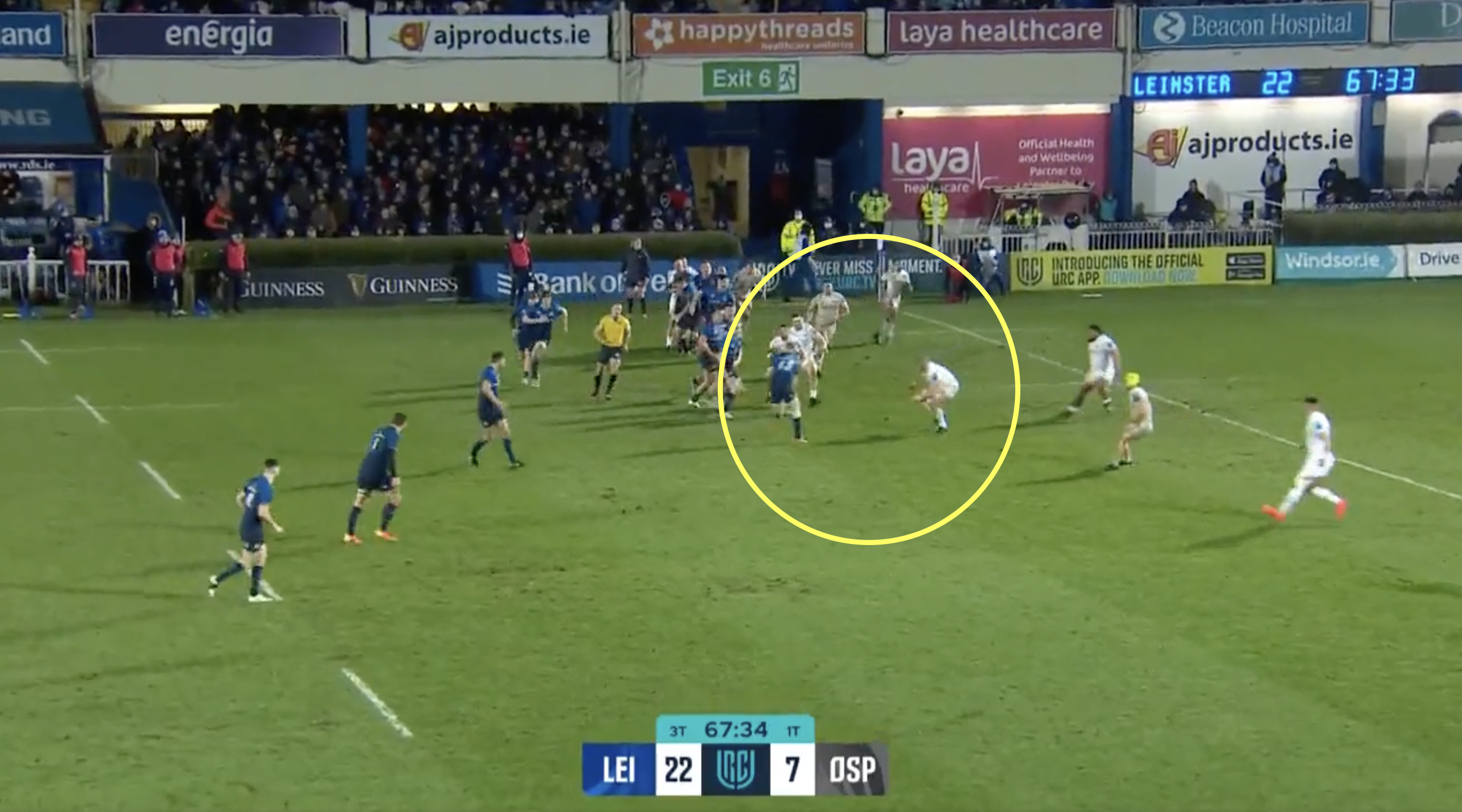 Wales and British & Irish Lions flanker Dan Lydiate marked his comeback with a bang on Saturday, with a second half cameo for the Ospreys against Leinster.

The 34-year-old was not on the winning side, but nevertheless made his impact felt against one of the best sides in Europe, putting in some of his trademark tackles.

Lydiate picked up an ACL injury last year in the opening round of the Six Nations against Ireland, and was playing his first game since then at the RDS. He proved that old habits die hard though, and there was absolutely no rustiness when it comes to his tackling.

There have not been many better exponents of the chop tackle in the last decade than the Welsh blindside, and he showed that against Leinster with a crunching tackle on outside centre Jamie Osborne. What was more impressive was that he hit the next ruck, and then made a tackle after that, showing some engine after so long out.

Unfortunately he could not help his side win the match, meaning they sit in sixth place in the United Rugby Championship. The Ospreys are next in action in March when they host Zebre, and Lydiate may be pushing for a starting berth by then.

“12 months since blowing out my knee, great to lace up the boots again for ospreys last night and play against a quality@leinsterrugbyside. Not the result we wanted but on a personal note chuffed to bits! Thank you to everyone who got me back to this point!”

The Ospreys shared a clip of the tackle on social media, in which Lydiate commented by saying “Nice to be back on the weekend 12 month out lungs on fire loved it.” Take a look:

Nice to be back on the weekend 12 month out lungs on fire loved it 👍🏻 https://t.co/mLqMZN27kI