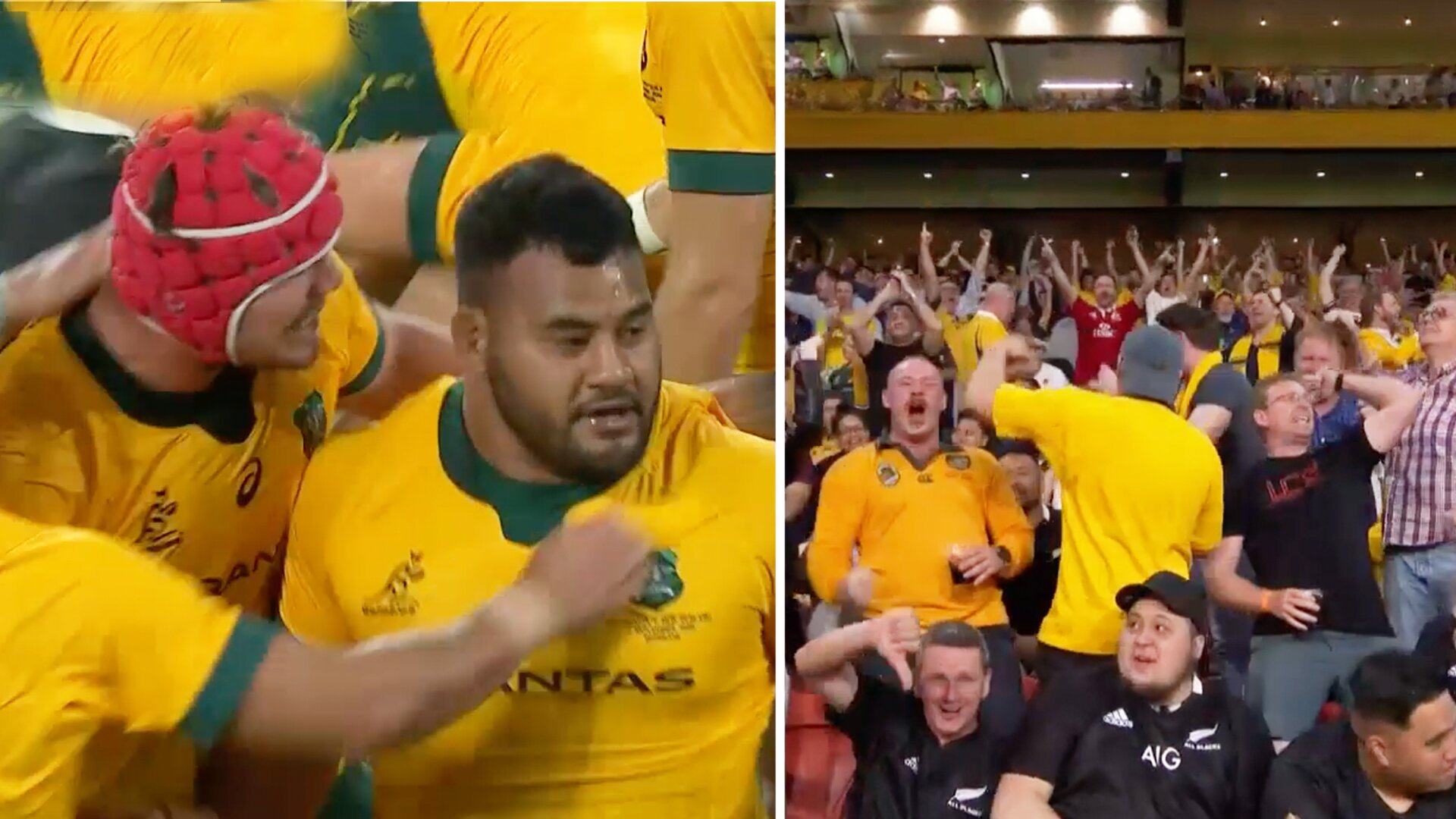 Wallabies stun All Blacks in test match epic in Brisbane

The Wallabies recorded a sensational win over the All Blacks in Brisbane this morning in a test match classic.

In a blockbuster first half which saw two red cards and a yellow, the game swung back and forth with the Wallabies scoring in the first minutes through Reece Hodge.

With a packed out crowd, this was one of the best rugby spectacles of the year.

Reece Hodge scored in the opening two minutes after an overthrown lineout. Just minutes later Rieko Ioane dotted down in the corner to bring the All Blacks level.

What a finish from Rieko!

The game was turned on its head as a red card to Ofa Tu’ungafasi looked to have given the Australians the advantage but just minutes later the All Blacks were back level with Swinton off for a shoulder to the chin of Sam Whitelock.

All Blacks face playing 60 minutes with 14 men in Brisbane #AUSvNZLpic.twitter.com/BNZNNxDMMg

The second half was equally enthralling with Reece Hodge’s boot keeping the Australians in touch.

Codie Taylor barrelled over from close range for the All Blacks to bring the scores to 15-11.

After a Scott Barrett yellow card, Taniela Tupou smashed over from the base of the ruck to give the lead to Wallabies with minutes to go. With moments left on the clock, it looked like the Wallabies were destined for a famous victory.


The match wasn’t done there though as New Zealand scored late on in the 78th minute to bring the scores to 24-22.

The Wallabies were able to hold out for the win at Suncorp which now keeps their Tri-Nations hopes alive.

Marika Koroibete about 15 minutes ago. https://t.co/5ZVztgOwvP