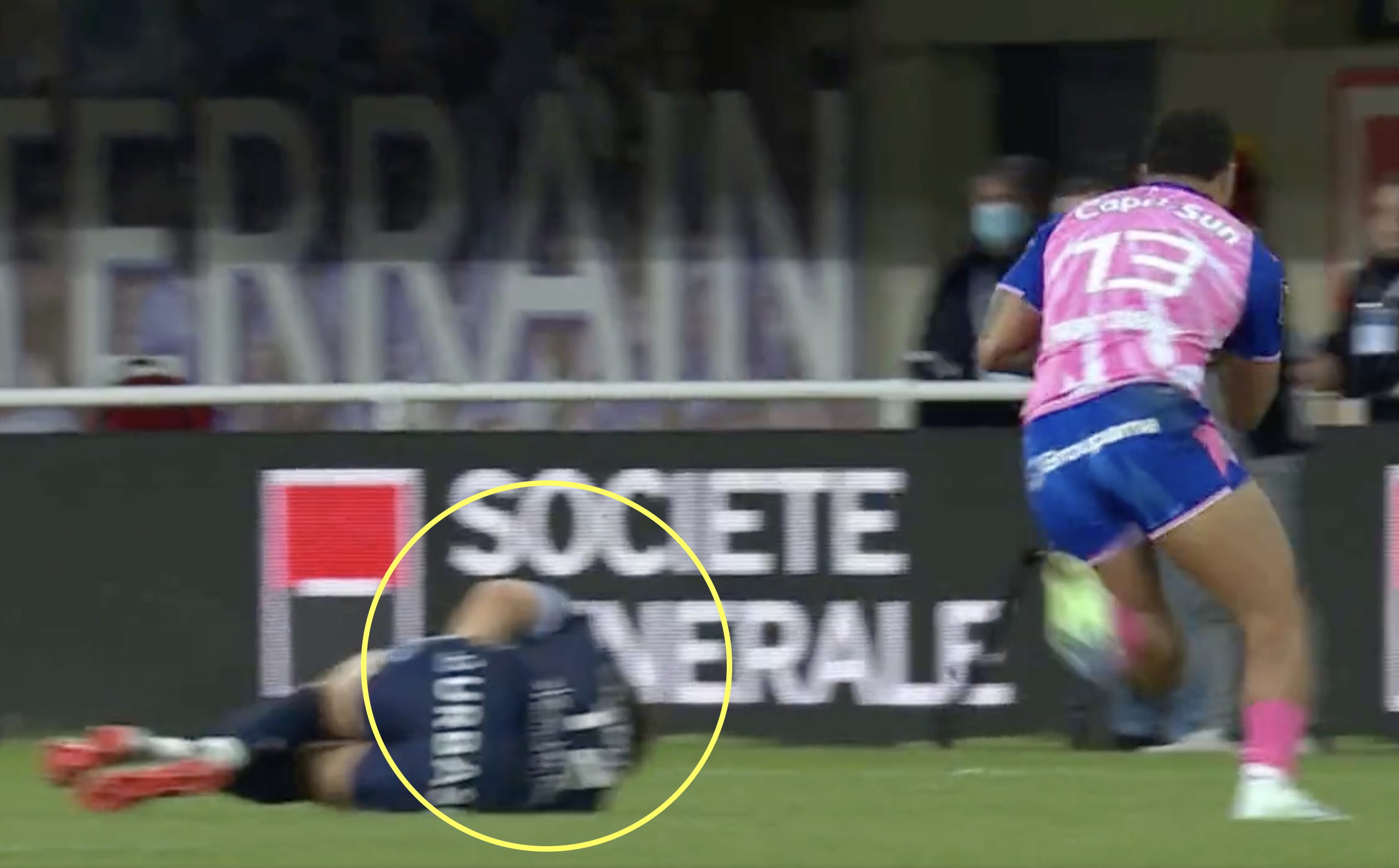 Wallaby discovers revolutionary way to flatten opponents without touching them

Taking the ball into contact is so overrated. Why bother running into a player when you can floor them without even touching them?

Well Stade Francais centre Sefa Naivalu showed he is playing a different game to the rest of us on Sunday, when he unleashed the revolutionary way to steamroller players.

The technique is very precise and scientific and requires years of dedication and devotion to your craft. Once a player has trained long enough and sacrificed enough of their life, only then can they transcend to the level when they can achieve this feat. While there is no exact name for this art just yet, it basically involves leathering the ball as hard as possible into your opponent’s nether region to leave them out for the count.

However, any barbarian could do that- that is only half the magic. The true genius and brilliance of this move is to make sure the ball bounces straight back into your hands. That is where the nine-cap Wallaby proved he is lightyears ahead of the rugby world.

The unlucky recipient of this move was Montpellier centre Jan Serfontein, who collapsed to a heap on the ground as soon as the ball made contact with him, allowing Naivalu to saunter past him. The 30-year-old could try that one thousand times and it is unlikely that he will ever be able to repeat it- although finding any willing volunteers to put that to the test may be somewhat tricky.

Serfontein had the last laugh though, as his side ran out 30-6 winners at the GGL Stadium, although that was probably scant consolation to him at the time. The win meant Montpellier sit in second in the Top 14 table, one point behind leaders Bordeaux Begles, with a game in hand over the leaders and two games in hand over third place Lyon.