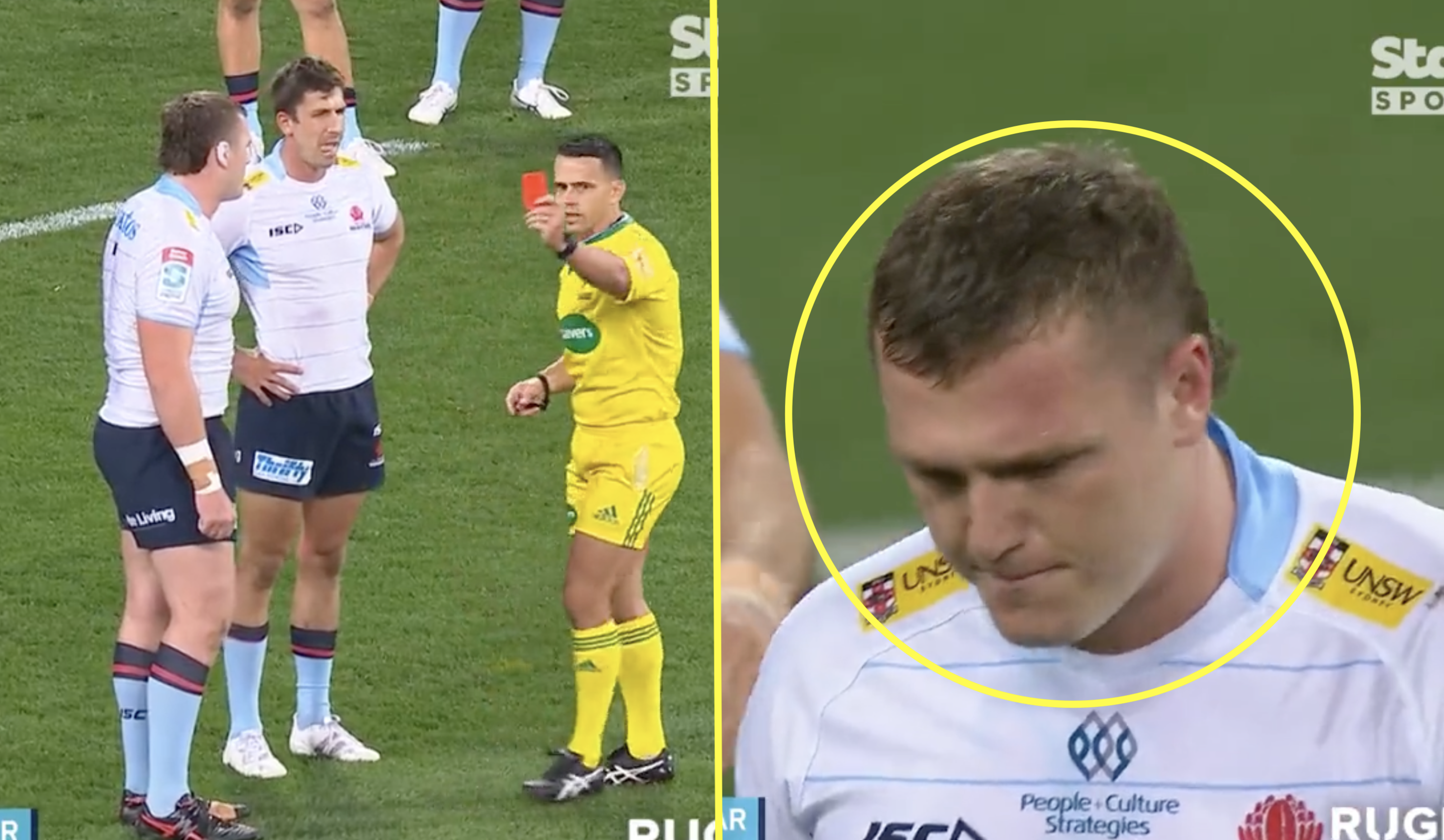 With plenty of debate recently around the 20 minute red card idea in Super Rugby Pacific and whether it works as a deterrent to prevent dangerous play, Waratahs loosehead Angus Bell did the cause no favours on Friday with a red card after just 140 seconds against the Chiefs.

The 16-cap Wallaby was dismissed by referee Nic Berry for a tip tackle on Chiefs and All Blacks captain Sam Cane, leaving his team down to 14 men for 20 minutes, but was able to be replaced after 20 minutes as is the rule in Super Rugby. A tackle like that has been a red for a long time, as the 21-year-old prop drove the All Black onto his neck and head, although the situation was not helped by Cane’s teammate Angus Ta’avao also driving him forward.

After Australian sides only won two out of 25 matches against opponents from New Zealand in last year’s Super Rugby Trans-Tasman, Waratahs players were obviously keen to make an impact in what was the first match between Australian and Kiwi opposition this year.

Cane dismissed talk that the results between teams from each nation will be as one sided this year as last year.

“I think it’d be pretty silly to assume it would be similar to last year,” Cane told AAP.

“I mean, throughout the history of Super Rugby, that was a little bit of an anomaly.

“So we won’t be taking this game lightly by any means and I don’t think any of the Kiwis sides will either.”

Cane was also relishing the battle with long time rival for both club and country, Michael Hooper.

“He’s a class player and has been for a long time, and even the way he came back from from playing in Japan to Super Rugby without missing a beat was was really impressive,” Cane said about the Wallabies captain.

“Every time you go out you want to play your best and there’s little external motivators … you certainly look forward to those sorts of match-ups.

“You keep an eye on where each other is but often these sort of battles are won by the team that dominates the game as a whole.”