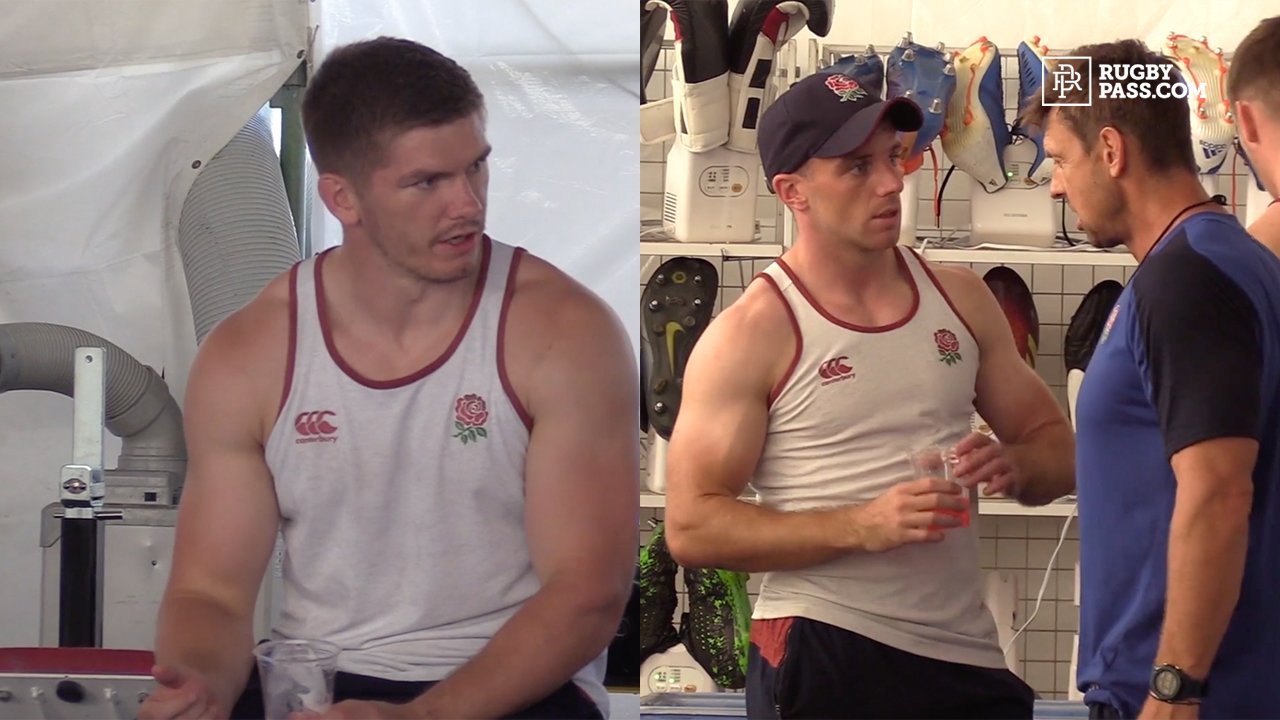 Footage of England training has emerged online today and it looks like the intensity has been notched up a level as they prepare for their opening game against Tonga on Sunday.

Other teams such as Wales have trained in front of thousands of fans this week, but it seems like England’s training is altogether more low key.

Players such as Maro Itoje, Owen Farrell and Joe Launchbury were all put through their paces on an indoor session. We couldn’t help but notice the size of Baby Faz’s shoulders. They are absolutely MASSIVE. Does anything think that he has been working on them in preparation for the tournament?

We for one are loving the amount of content that teams are putting out of their team’s training. In recent World Cup, you may see one or two clips of a team in a regular week. Now, rugby fans get almost complete access to their teams and that can only be good for the sport.

Exeter Chiefs newcomer Jacques Vermeulen has today spoken of his excitement at joining the Gallagher Premiership club on a three-year deal.

The 24-year-old forward heads to Devon from South African Super Rugby outfit, the Sharks, and is the latest addition Chiefs’ Director of Rugby, Rob Baxter, has made to his squad ahead of the 2019/20 season, which kicks-off this Saturday with the Premiership Rugby Cup encounter at home to Bath (3pm).

Vermeulen got his first glimpse of Sandy Park this morning having jetted in from Cape Town and will now waste little time in integrating himself into the club’s first-team squad.

“I’ve watched a lot of games on TV and I saw Sandy Park is always full on match-days. The team itself play very good rugby and I can’t wait to be part of the vibe of the team, learning about the culture and doing my best for the club.”

Having started his senior career with Western Province, Vermeulen has been with the Sharks since 2017 and was a prominent figure this past season for them, featuring in 16 Super Rugby fixtures, as well as helping his side reach the semi-final of the Currie Cup.

However, Vermeulen insists the time has come for him – and a number of fellow Sharks – to challenge themselves in the testing waters of the Gallagher Premiership.

“It’s a privilege for me to come here,” he added. “As I said, I’ve watched a lot of games on TV and you can see it’s a very high level of rugby. Exeter have proved they are a top team, challenging each season and I like the way they play and the way they are coached.”

And Vermeulen believes moving away from his homeland to that of England can only help develop his overall game.”

“I think whatever competition you play in, it brings a different dimension to your rugby,” he continued. “I’m sure I will learn heaps of stuff because it will be so different to Super Rugby. The Chiefs you can see have a great culture, a winning culture.

“Already I’ve met a few of the guys and the vibe around the place is great. Everyone was so welcoming and I can’t wait to get started.” England England England

Vermeulen becomes Baxter’s second new arrival from South Africa this summer, following in the footsteps of Jannes Kirsten, who as well as being a new house-mate has settled quickly to life with the Chiefs.

“I think having Jannes here will definitely help me settle quickly,” said Vermeulen, who has previously represented South Africa at Under-20s level. “Hopefully it won’t take me too long to buy into the culture and after that I just want to give it 100 per cent.”