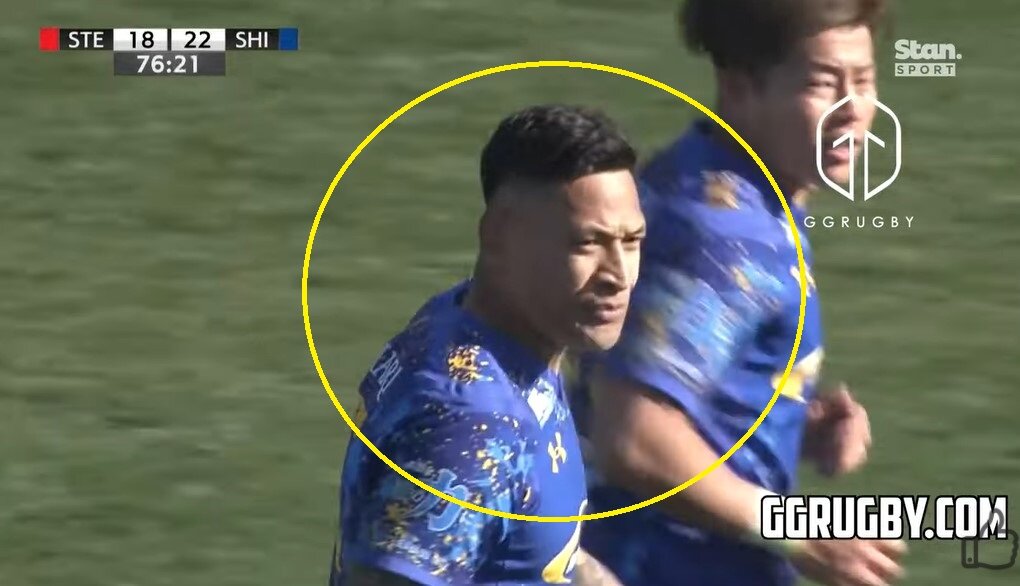 Israel Folau has made a try-scoring return to rugby union in the opening weekend of Japan for his new side the Shining Arcs, who earned a 24-23 win over the Kobelco Kobe Steelers.

Folau is back in the game after over two years in rugby league after been given the boot by Rugby Australia. We’re not going to relive that whole saga, but whatever your opinion of the fullback, his worldclass-ness can not be denied.

In 2019, RA said this in a statement: “Rugby Australia, NSW Rugby and Israel Folau have today settled their legal dispute following the dismissal of Israel Folau after he posted a religious message on social media (the Social Media Post).

“The Social Media Post reflected Mr Folau’s genuinely held religious beliefs, and Mr Folau did not intend to harm or offend any person when he uploaded the Social Media Post. Mr Folau wants all Australians to know that he does not condone discrimination of any kind against any person on the grounds of their sexuality and that he shares Rugby Australia’s commitment to inclusiveness and diversity.

“Rugby Australia and Mr Folau wish each other well for the future. The Parties do not intend to comment further on the terms of their settlement as it is confidential.