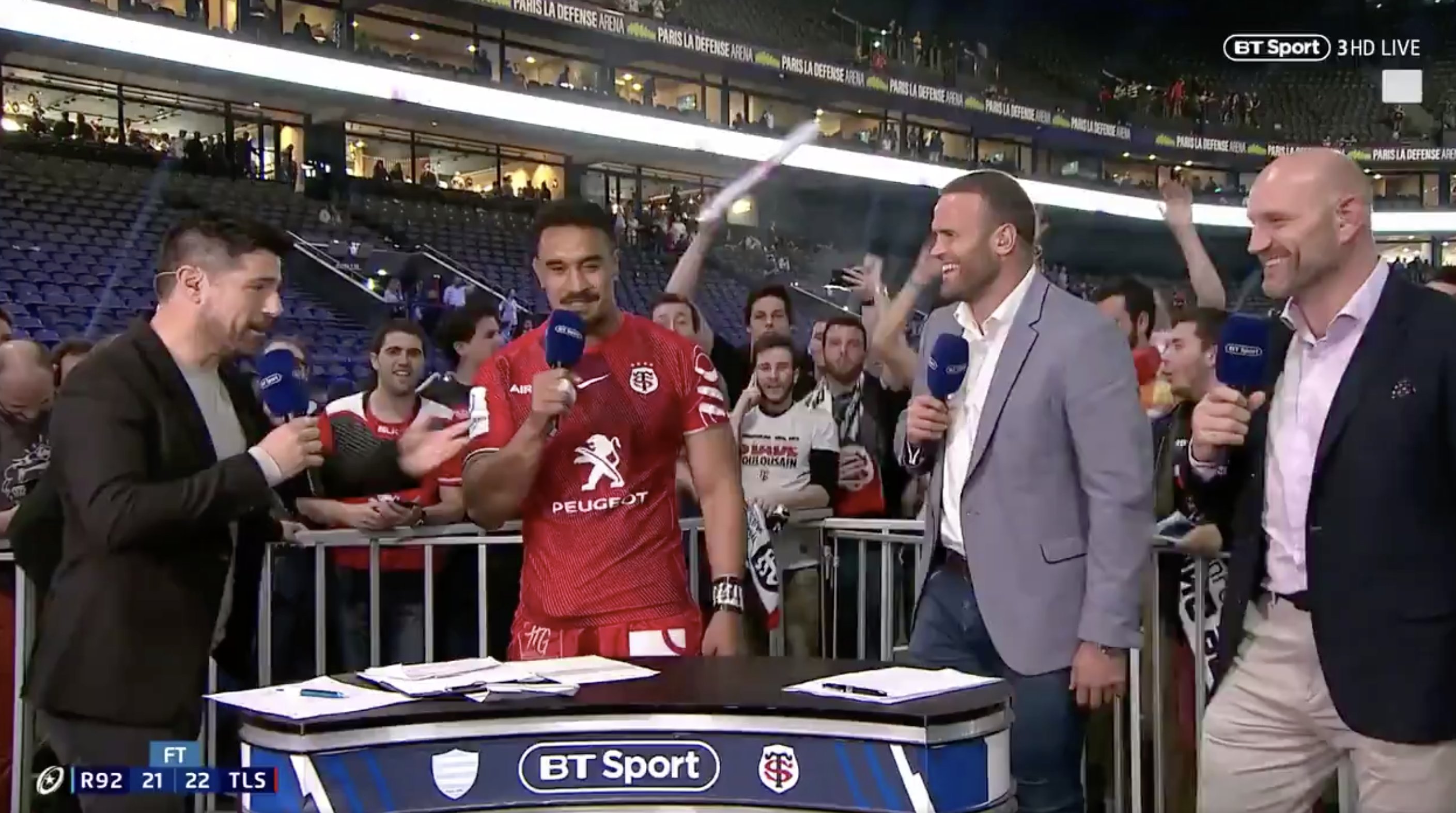 WATCH: Jerome Kaino is visibly starstruck as he meets his rugby idol for the first time

Toulouse celebrated a hard fought victory over Racing 92 in the European Champions Cup this weekend. Former New Zealand back-row Jerome Kaino had a very strong game and he was interviewed at the end of the match.

What he didn’t know what that his childhood idol Lawrence Dallaglio would be on the pundit team for BT and Kaino was shocked to say the least to see him.

They even shared a brief hug.