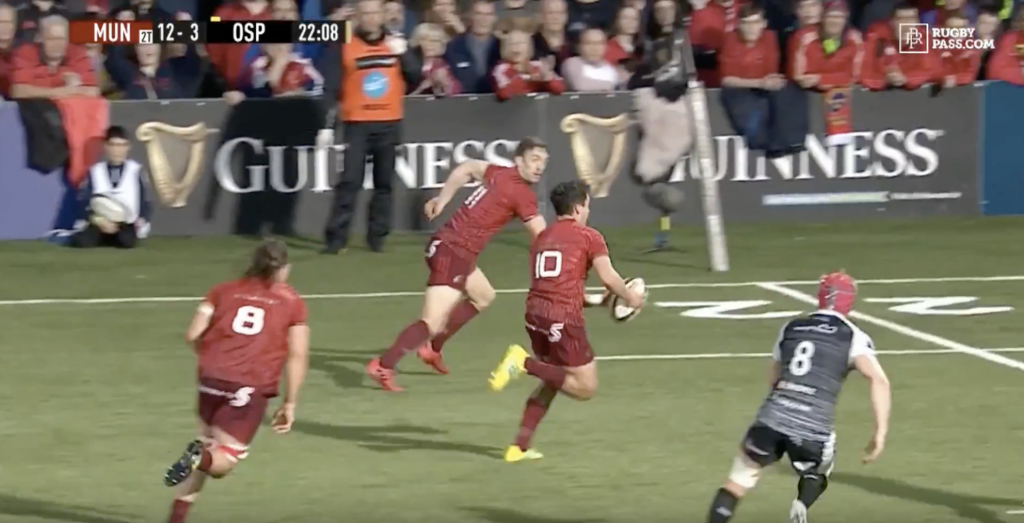 What a start for Carbery in red.

Last nights match against Ospreys saw the former Leinster man in fine form. In the first half of the match the Ireland 10 could be seen flying down the left wing, evading the clutches of two Ospreys defenders.

His slippery footwork was reminiscent of his play against Fiji last Autumn and Ireland and Munster fans alike have reasons to be excited!