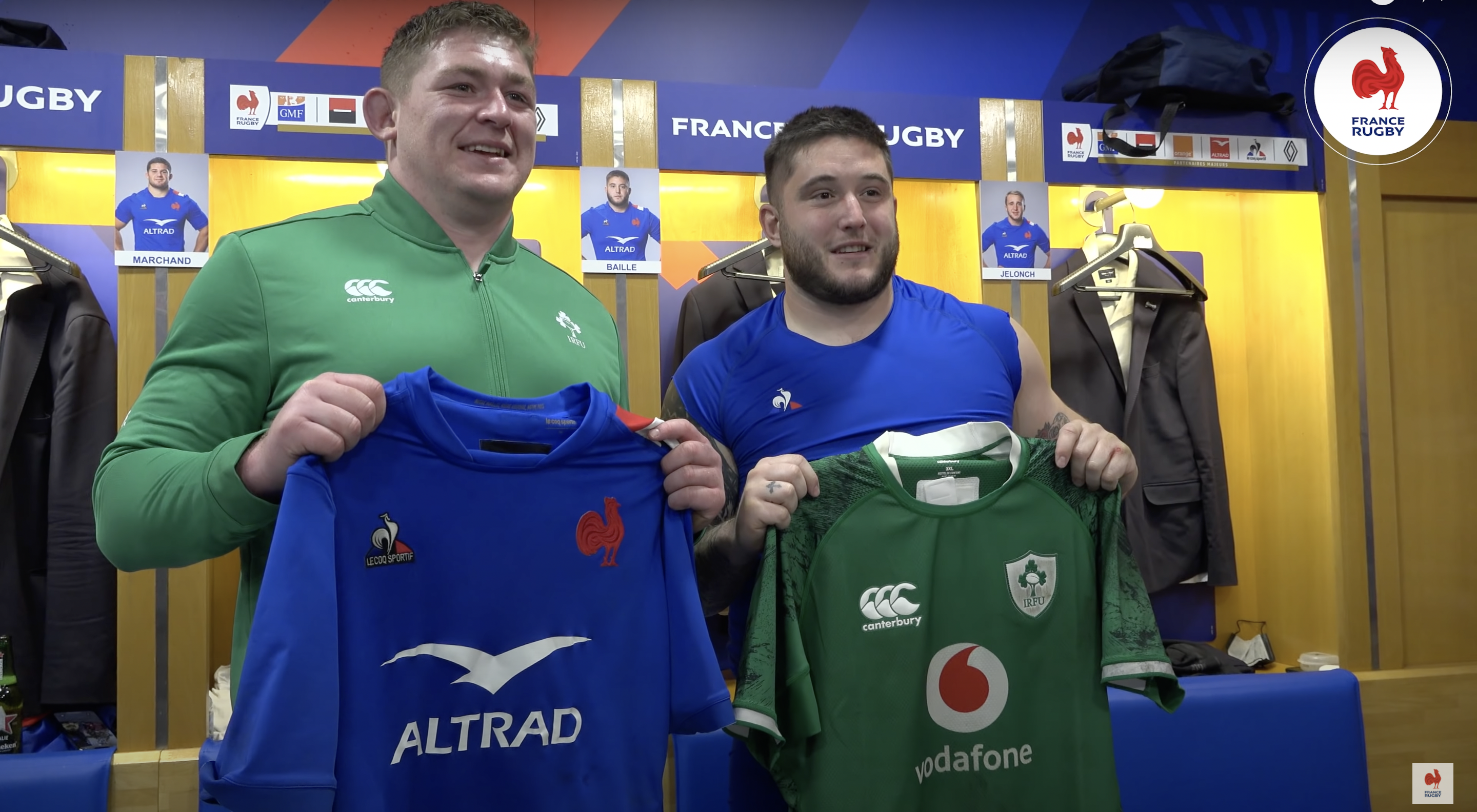 Opposing props Tadhg Furlong and Cyril Baille were not going to let a clear language barrier stop them from communicating after France’s win over Ireland in the Six Nations, as they seemed to create a language that will be familiar to all props.

Shown in some behind the scenes footage from France rugby, the Ireland tighthead was seen venturing into the Les Bleus’ changing room after the match to congratulate and swap jerseys with the man who packed down opposite him. There was a clear breakdown in communication, but Furlong improvised and pulled the universal hand gesture for a drink out of the bag, which Baille instantly recognised. Within minutes Furlong was being handed a beer by France flanker Francois Cros.

Though it is a very primitive language, the language of the prop only needs that one hand gesture for tightheads and looseheads alike from all four corners of the globe to communicate fluently.

This was a match that both Furlong and Baille will remember for a long time as it was a contest that lived up to the billing. France came out of the blocks ferociously, spearheaded by Baille and the rest of his pack carrying hard and hitting every ruck like ten tonne lorries with brake failure.

Ireland fought back and showed their own strength up front for Josh van der Flier’s try in the second half from a driving maul. However, Baille himself scored the match-winning try for his country soon after with a run from short range that showed off all of his power and dexterity.

That match was for many the Grand Slam decider, although France still have tricky trips to Edinburgh and Cardiff to take on a Scotland side who will be licking their wounds and a Wales side who will be buoyed by their win over Scotland. After that, it is Le Crunch in round five.