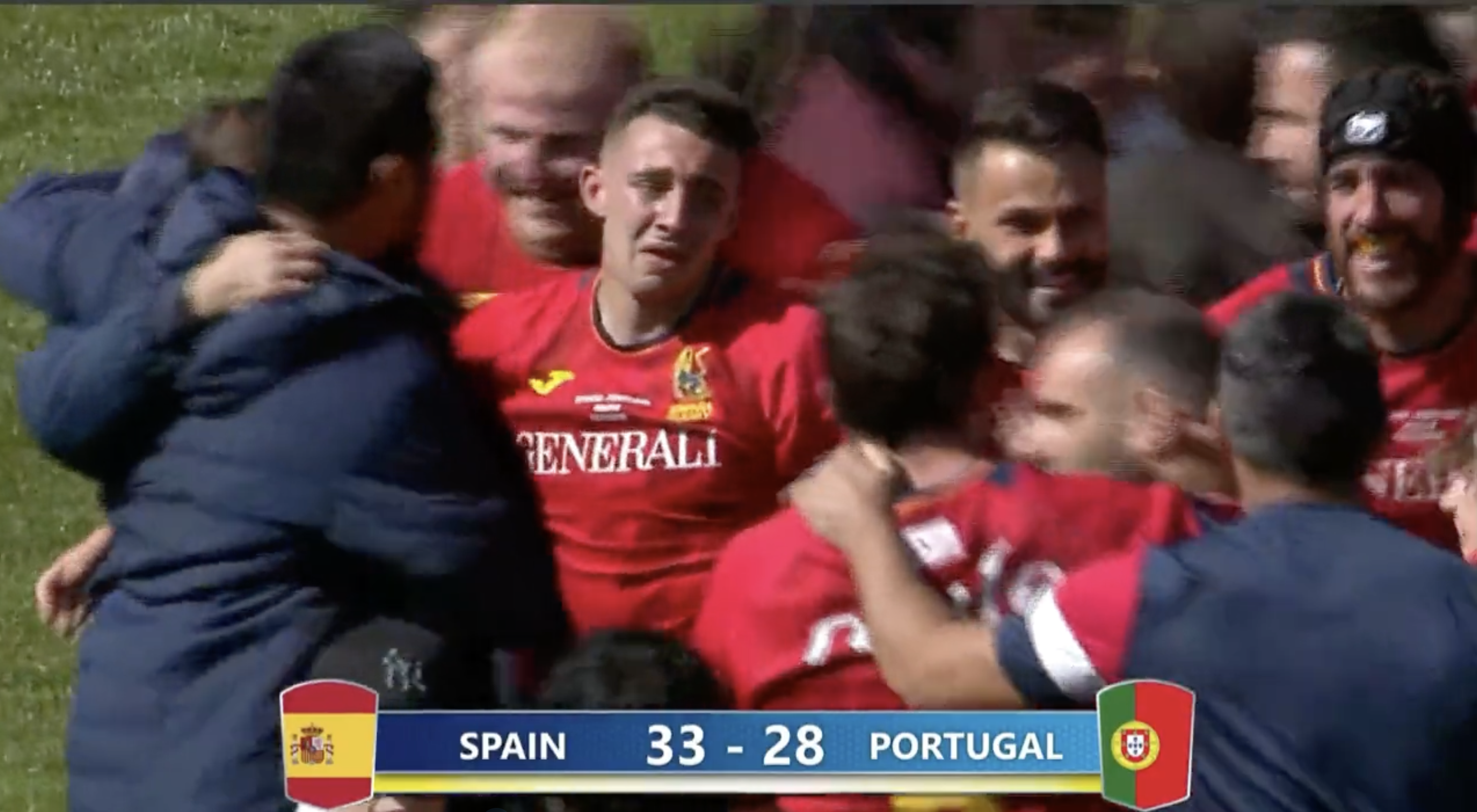 Watch the epic scenes as Spain qualified for the World Cup

Spain made history yesterday as they beat Portugal to secure a place at the Rugby World Cup for the first time since 1999.

They beat Portugal 33-28 in front of a packed crowd at Estadio Nacional Universidad in Madrid, meaning they can finish no lower than second in the Rugby Europe Championship ahead of a match with leaders Georgia next week.

The atmosphere after the match was electric with fans rushing onto the field and players crying, with the team now heading to France next year to take on the world.

“We lost our first three games and after that, we have won six in a row.

“The performance of the team was amazing and we are very excited to be going to the Rugby World Cup.”

There has been quite a response online as well, although so fans have pointed out that the match was not televised despite there being no Six Nations action on Sunday. Take a look at what has been said:

“This is how legends are made. Exaggerate, claim you were there (esp if you weren’t). Each of those players are giants and should be treated as such. Thus is how a nation falls in love with rugby. Record it and play back the highlights before every game. Never forget your dream.”

“Spain gonna bring a top vibe to the RWC. Their matches will be electric.”

“Why are these matches not televised, no 6nations matches today so it was a perfect opportunity. Tier 2 rugby will never grow until we give it a better score platform.”

“Tried to watch this yesterday but couldn’t find it anywhere on the advertised link for Rugby Europe TV. Sounds like it was a great match.”

Take a look at the moments after the match: