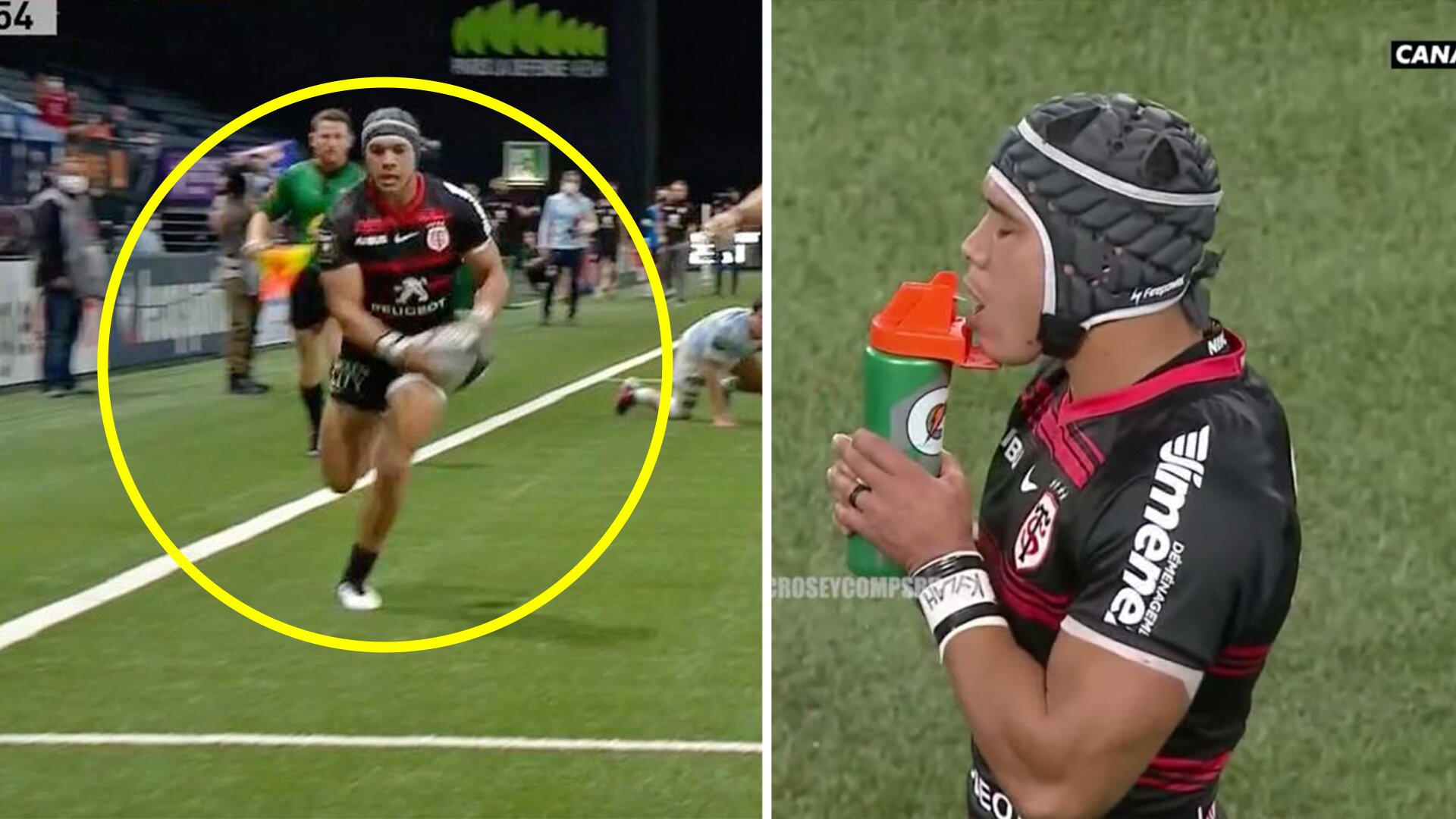 The Springbok Word Cup winner was YET AGAIN on sensational form for his team this weekend as his team put high flyers Racing 92 to the sword.

We have been raving about Kolbe for months for his spectacular performances for his team, however this truly was on another level as he scored a try and put in several world-class play to help his team beat high flying racing.

It seems whatever position they put Kolbe in, he just seems to dominate. Today Kolbe was playing at full back against Racing and he managed to handle all the pressure that his team put on him.

There was a moment in the match where Racing kicked the ball well behind the South African to put pressure on him. There were three Racing players bounding down on him ready to tackle him the second he touched the ball.

With complete composure, the mercurial talent picked the ball up in one hand and whisked the ball to a teammate in space, all in less than a second.

Cheslin Kolbe will STEP you

Toulouse will need him to be at his very best this season as they come up against some of the very best teams in France this season.

CroseyCompsRugby on YouTube put together a brilliant highlight reel on the Springbok star, showing how he was everywhere for his team this weekend.

Surely there can be no debate around the fact that he is the best rugby player on the earth now?

Here are his highlights from Toulouse vs Racing 92 in the Top 14.

We will continue to monitor the top players in the Top 14 at Rugby Onslaught as the season goes on, there is some truly wonderful rugby being played there at the moment.