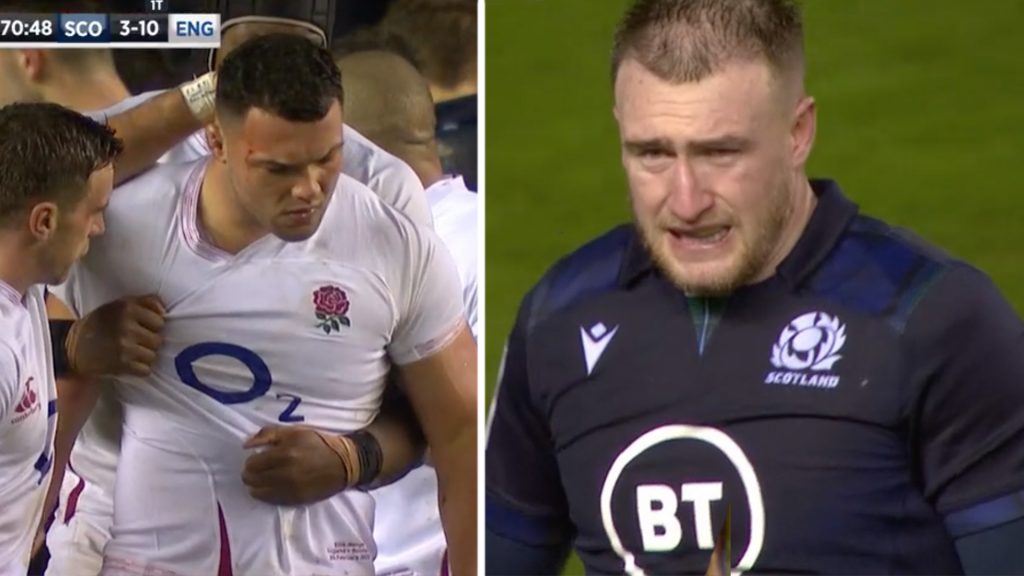 What the hell did we just watch?! Some are calling that game one of the worst matches that they have ever seen, while others online think it is brilliant.

England and Scotland just battled it out in the Calcutta Cup in a match which was quite possibly the most bizarre game that we have ever seen.

So many strange things occurred in this match as Storm Ciara battered Murrayfield on a miserable day!

The first bats**t crazy thing we saw was the prop Kyle Sinckler giving THE best kick of the game.

The conditions in the match were truly horrendous, someone on reddit posted a video from outside the stadium showing how horrendous the conditions were.

In the match, the standard of rugby was simply appalling with dropped balls and wayward kicks from almost every player on the pitch.

The worst moment of the match came when Stuart Hogg had another horrendous blunder over the try line which may have well cost Scotland the game.

The Scotland captain carried the ball back over the 5 metre line and England scored straight after. This was not a good day for him at all…

Fans were not happy with this either!

Stuart Hogg can go and fuck himself.

He maybe a great player but Stuart Hogg has cost Scotland a chance of winning a game for the second straight week. Scotland must be kicking themselves..

Some have called this game the worst Six Nations match ever, with only 18 points being scored, most of those in the final quarter of the match.

The weather was so bad that fans had to leave their seats to avoid the storm.

Other fans have loved it, saying that this truly is the purest form of the game that we have ever seen.

Personally, we loved it. A mad game like that shows what rugby players truly are, and you need to adapt to those kinds of conditions to win a match.

We will leave you with this, a Scotland fan’s reaction!