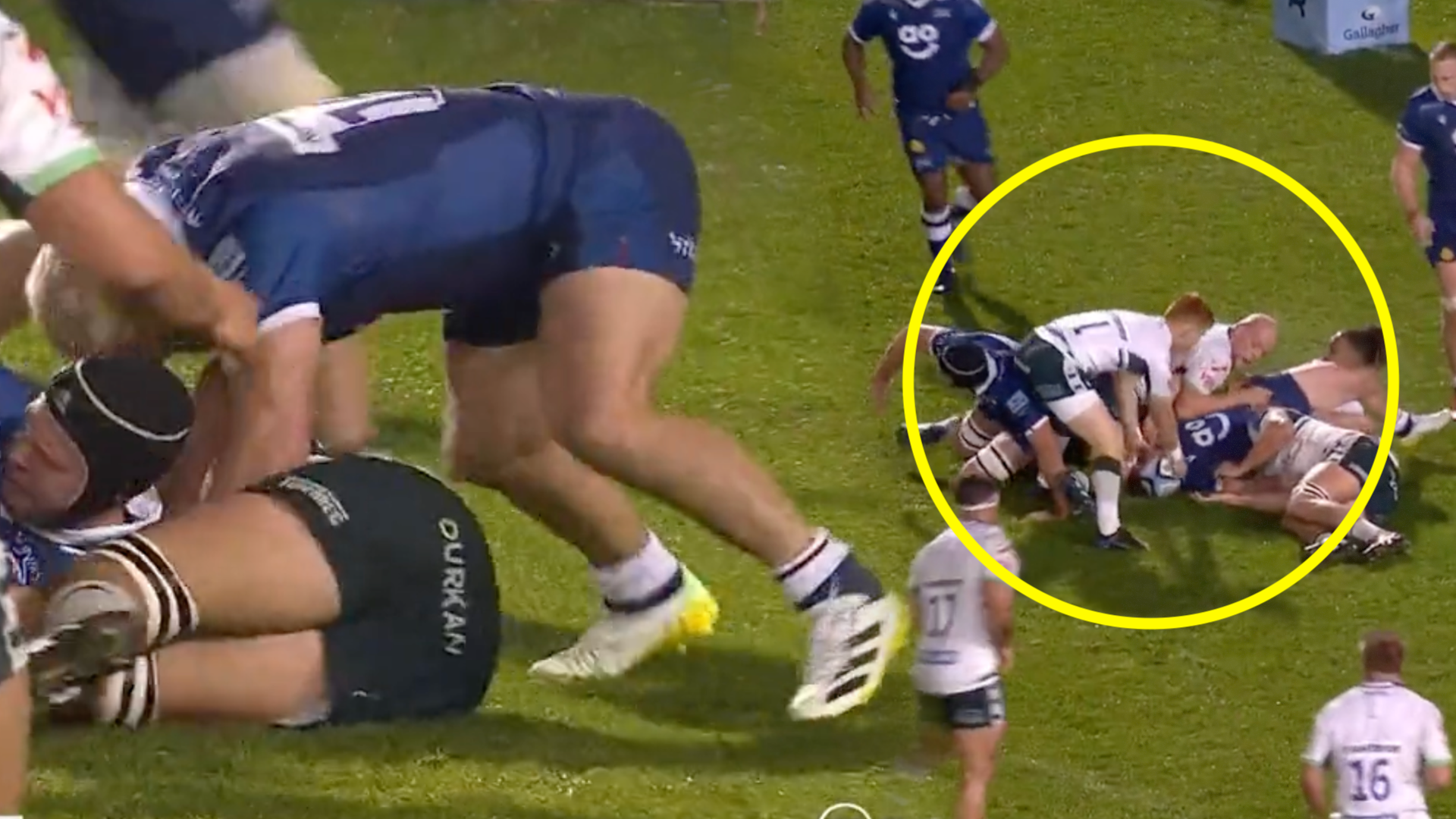 The topic of crocodile rolls has reemerged again this weekend, as it always does when a player sustains a horrific knee injury as a consequence of them.

On this occasion it is Sale Sharks’ Akker van der Merwe who has suffered what is likely to be a long term knee injury after being crocodile rolled by London Irish’s Chandler Cunningham-South, minutes after coming on as a second half substitute.

The BT Sport pundits Ben Kay and Tom May discussed crocodile rolls after the match alongside Sale director of rugby Alex Sanderson, with the question being asked of whether they are legal or not. While a crocodile roll clearly means a player must go off their feet, they are still quite prevalent in rugby.

This is what Sanderson said: “Well you can’t roll the neck and you can’t target the limbs, but I think you can still crocodile roll. Looking back at that, it’s probably something that does need to be outlawed. I’d swap that bonus point went for Akker being fit. I’m absolutely gutted for the man, he’s broken downstairs. It’s what the lads said in the huddle afterwards, it wasn’t about celebration it’s about looking after him.”

May added: “In that position where Akker van der Merwe is in a brilliant body position over the ball, that has to be a skill to be able to get him away, and being able to try and roll him out like that, it’s a bit of an easy get out for someone, that’s sort of Benny’s size.”

Kay said: “So it’s a problem is if you miss, you’re then very limited and because it’s been allowed, it happens loads of times in games and no one gets injured so we don’t make enough of a fuss over it. But when you do get injured, the likes of Jack Willis, Akker van der Merwe, it’s a horrific injury. So that’s why it needs to be looked at. And we need to as a result we probably also make sure it’s a fair competition. I mean, Akker got done for a penalty just before for not supporting his own body weight. We have to make sure that those players are supporting the body weight. So there are places you can hit but we have to get rid of that because he’s rolled him and fallen on a trapped leg and held it there.”

“I would trade the bonus point win to have Akker fit.”@SaleSharksRugby DOR Alex Sanderson joins @BenKay5 and @TomMay1 to look at the collision that saw Akker van der Merwe leave the field.#GallagherPrem pic.twitter.com/TjnOF08xQd