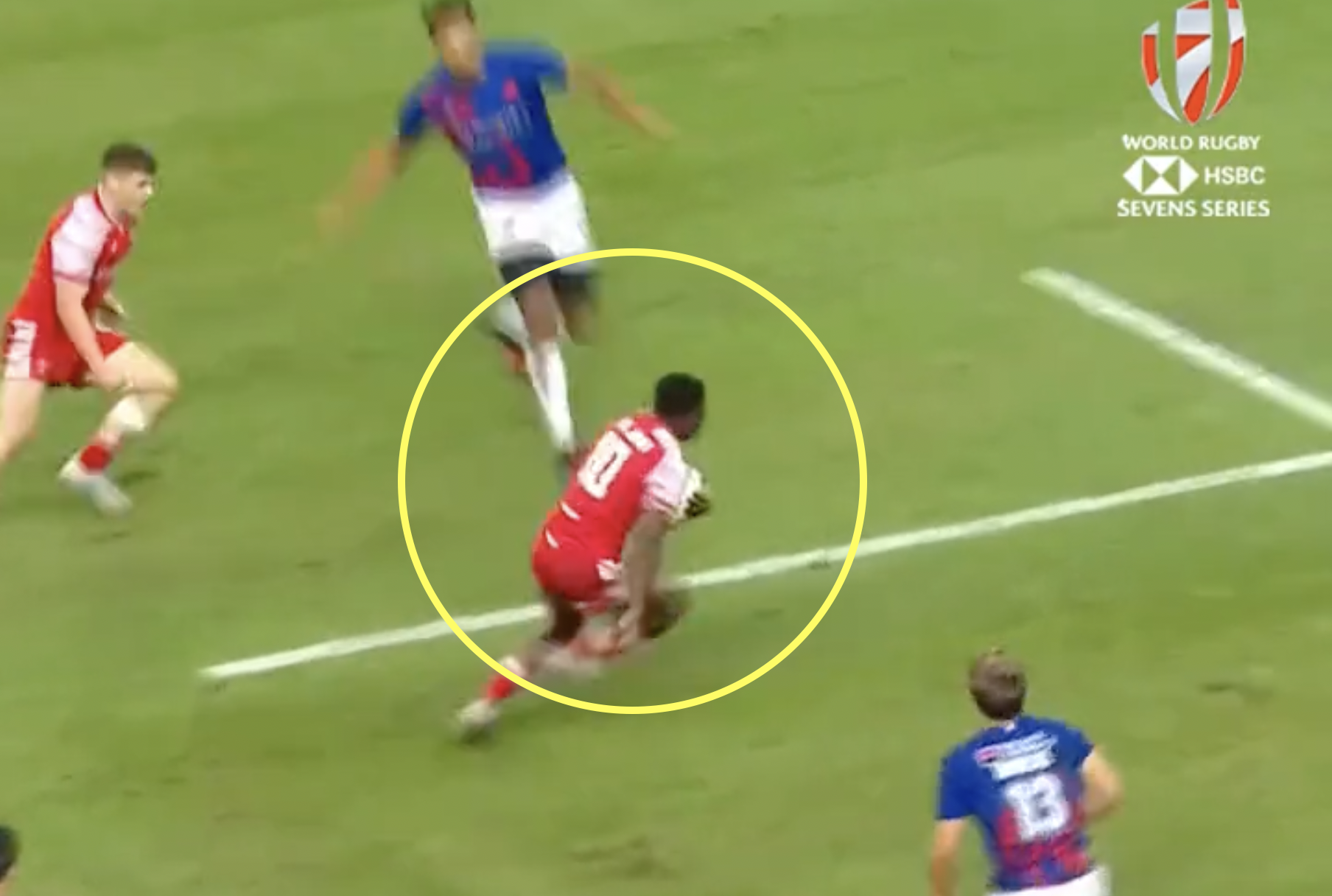 If there is one thing more embarrassing than being completely stepped in a game of rugby, it is that same playing turning back and stepping you again. That is exactly what Welsh 18-year-old Iwan Pyrs-Jones did at the Singapore Sevens this weekend, not once but twice.

In an outrageous solo effort for a try, Pyrs-Jones stepped two French defenders, including a brilliant pirouette, before turning around and stepping the same two before scoring in the corner. His feet are sensational in this try, and he has rightfully caught the eye of many fans on social media.

Wales went on to lose the match 38-12 in the ninth place semi-final but Pyrs-Jones is one to look out for.

This is his profile on the Pontypridd website: “Originally from Port-au-Prince in Haiti but raised in North Wales then in Cardiff, Iwan Pyrs Jones came to prominence as a fleet footed winger representing Ysgol Glantaf in the WRU Schools and Colleges league. He also turned out for Llandaf RFC before being drafted into the Cardiff Rugby age grade system up to under 18 level.

“Iwan was allocated to Pontypridd as a regional academy intern in the summer of 2021 and made 6 appearances for the club in the Welsh Premiership Cup in the first half of that season.”

Fiji won the tournament, beating New Zealand 28-17 in the final. Fiji captain Tevita Daugunu said after the win:  “It was a very good final. We knew we had to keep the ball away from New Zealand and for most of this final we did just that.

“The team stuck to the game plan perfectly and with it being Palm Sunday back home we hope this has made our family, friends and supporters happy.”