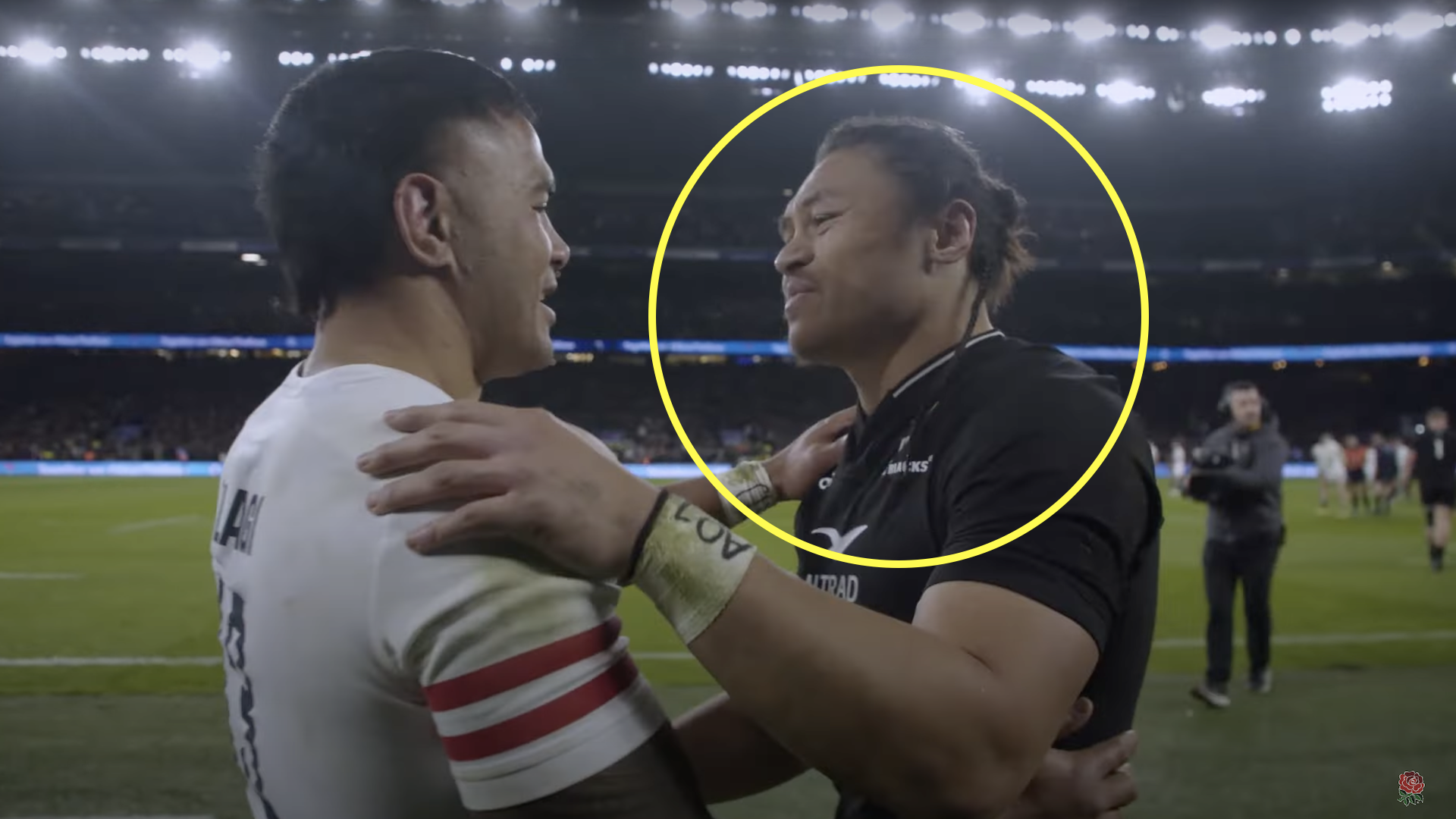 Tackling Manu Tuilagi is surely not a pleasant experience and All Blacks winger Caleb Clarke summed up what that experience must be like pretty perfectly.

After England and the All Blacks battled out a 25-25 draw at Twickenham on Saturday, the pair began talking to each other pitchside. The moment was caught on O2 Inside Line | The Next Level as Tuilagi asked how the winger was after the match. He responded “my head’s a bit sore from trying to take you down.”

Weighing in at 107kg, Clarke isn’t much smaller than the 11kg Tuilagi. Given the power they both have, any collision between the two is likely to have registered on the Richter scale.

Take a look at their meeting after the match:

Tuilagi has been retained in Eddie Jones’ starting XV to face South Africa this Saturday at Twickenham, where both teams will be hoping to end their years on a high.

This match will also be Tuilagi’s 50th cap for England, more than eleven years after making his debut for England against Wales in August 2011. He will partner Owen Farrell in the midfield again.

This is the team: