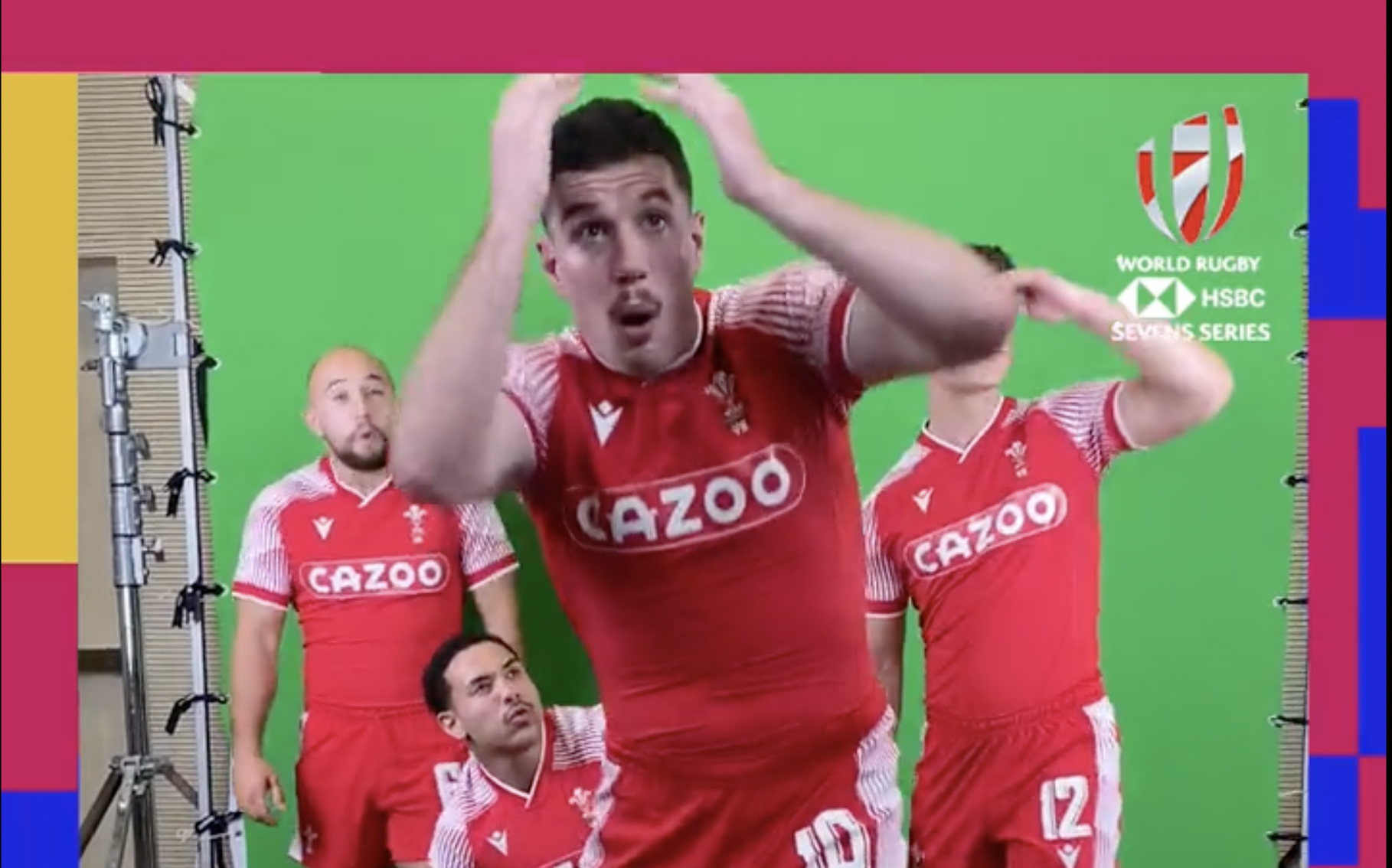 We have all seen those promotional videos or player profile videos that appear during a rugby match, which usually entail a player walking menacingly towards the camera and then crossing their arms, or doing a trick with a rugby ball then giving a cheeky wink or smile to the camera. But we very rarely see when those videos go wrong.

But World Rugby Sevens recently shared a clip where one of those promotional videos did not exactly go to plan. The video was supposed to see Wales’ Owen Jenkins pretend to use a rugby ball as a cricket bat and metaphorically hit the ball out the park. Instead he literally launched the rugby out of the shot and presumably hit a camera and cameraman in the process. But don’t worry, we were assured that no one was injured in the making of this video.

This video came ahead of the Malaga leg of the World Rugby Sevens Series, where Wales will make their return to the circuit for the first time since 2020. Head coach Richie Pugh has been looking ahead to their return and the challenges they have faced.

“From a staffing point of view, it has been a case of recruiting a whole new support staff, and because of the pandemic, players were in different environments,” he said to the World Rugby Sevens website.

“We are building our squad around the likes of Luke Treharne, Morgan Williams and Tom Williams who have been with GB on the recent World Series legs.

“You’ve also got boys that have played (Welsh) Premiership rugby and as well your young transitional regional boys who make the bulk of our squad.

“It has been a challenge to get that group together but we are training with 20 boys at the moment and it has been a decent start.”