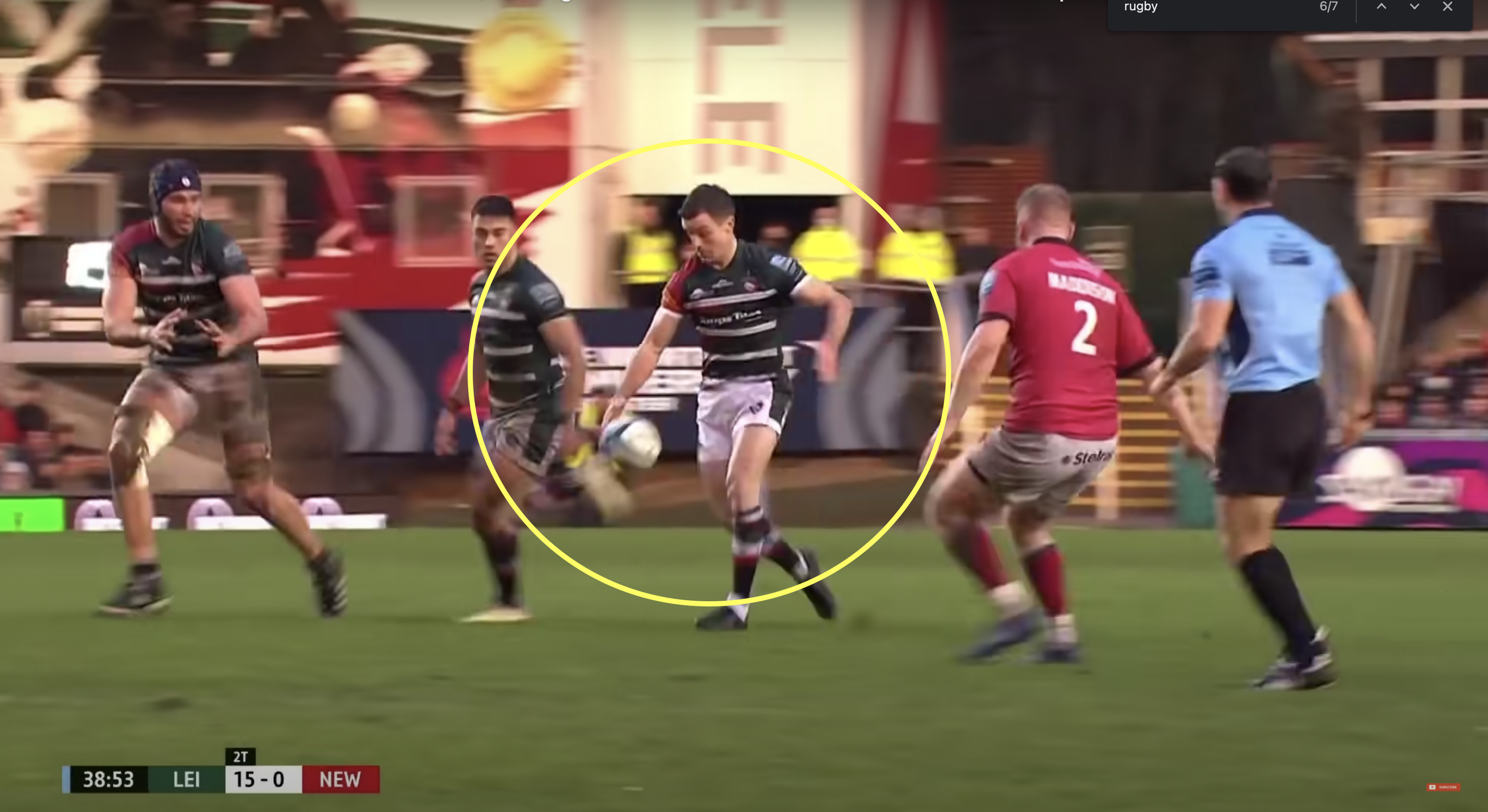 Why Steve Borthwick and George Ford may be tactical geniuses

Leicester Tigers have done a good job in replacing the departing George Ford ahead of next season by bringing in the Springboks’ Handre Pollard, however, the Englishman is still going to be a major loss.

The fly-half has been Leicester’s main man at Welford Road since he returned in 2017 following a spell in Bath. Not only has he been central to their unbeaten start to the season, partly because he has been dropped by England, but he was the club’s shining light for a couple of seasons when they were staving off relegation.

A short clip from Leicester’s 31-0 victory over Newcastle Falcons at the weekend shows how the combination of Ford and director of rugby Steve Borthwick is one that all other sides in the Premiership will be delighted is ending soon. The clip was shared by Contact Coach on YouTube, and highlights how the Tigers exploited the Falcons’ defensive shape off a lineout.

Whether this was noticed by Borthwick or Ford before or during the game is unknown, but Ford executed this pre planned move perfectly to create a try for Matt Scott, although they were slightly fortunate with the bounce.

Borthwick said after Ford’s departure was announced: “George has made a personal decision, which he informed us of earlier this week, which means this will be his final season in Leicester.

“I have had the pleasure of working with him for a number of years, with England and now here at Tigers, and I am grateful to have had that privilege.

“We are fortunate to have the best following in rugby, who have been able to enjoy watching George represent their club for many years and I am sure they will echo me in thanking him for his contribution to Tigers.”

“There are still a lot of games to be played in this season and George is fully committed to finishing his time at Leicester Tigers in front of big crowds at Mattioli Woods Welford Road, which our supporters can be proud of and to share in success with them.”

Ford added: “It has been the most difficult decision of my career.

“I am proud and grateful to represent this great club at Leicester and I will give my all for the rest of my time at Tigers.”