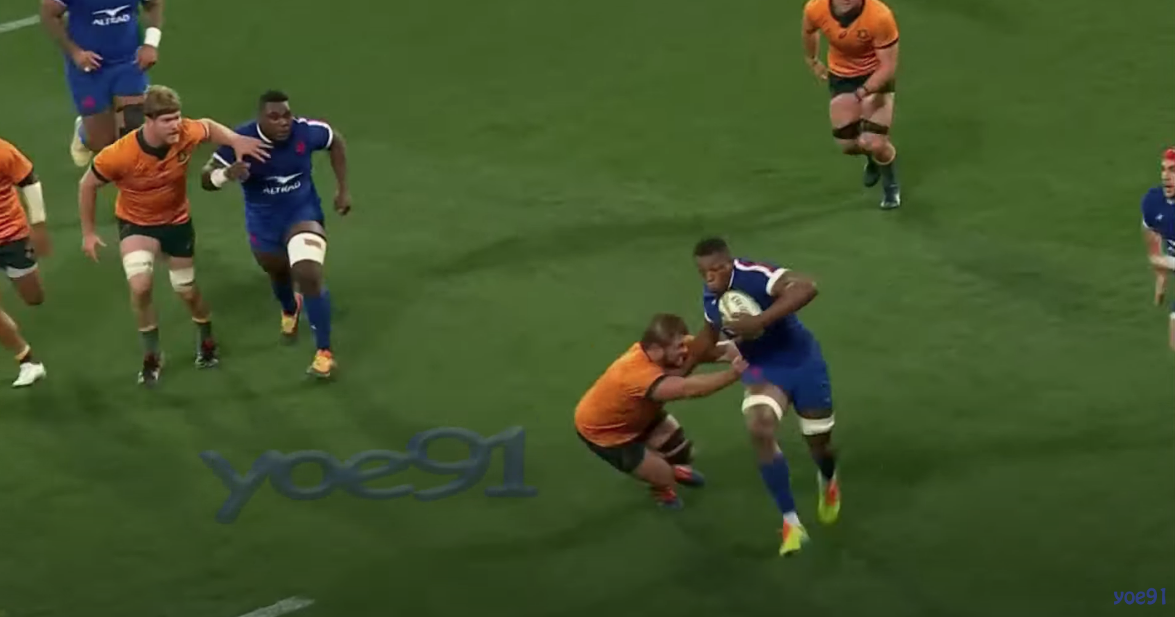 Woki announces himself on world stage by terrorising Wallabies

It has been known for a long time that 22-year-old France and Bordeaux-Begles flanker Cameron Woki is one of the stars for the future, but he truly announced himself on the world stage agains the Wallabies this week.

The loose forward was making just his third start for Les Bleus in the second Test against the Wallabies in Melbourne after starting on the bench the week before in his side’s narrow loss, and he made quite an impact.

Woki was all over the pitch for the entire 80 minutes, producing some key contributions in the match. None was more important than linking up with Damian Penaud for France’s first half try.

Though this was in no way a full strength side, a performance like this has rocketed Woki into first XV consideration for the coming years. The benefit of playing a weaker side in a tour like this is that it will help unearth future stars, and France head coach Fabien Galthié has found one.