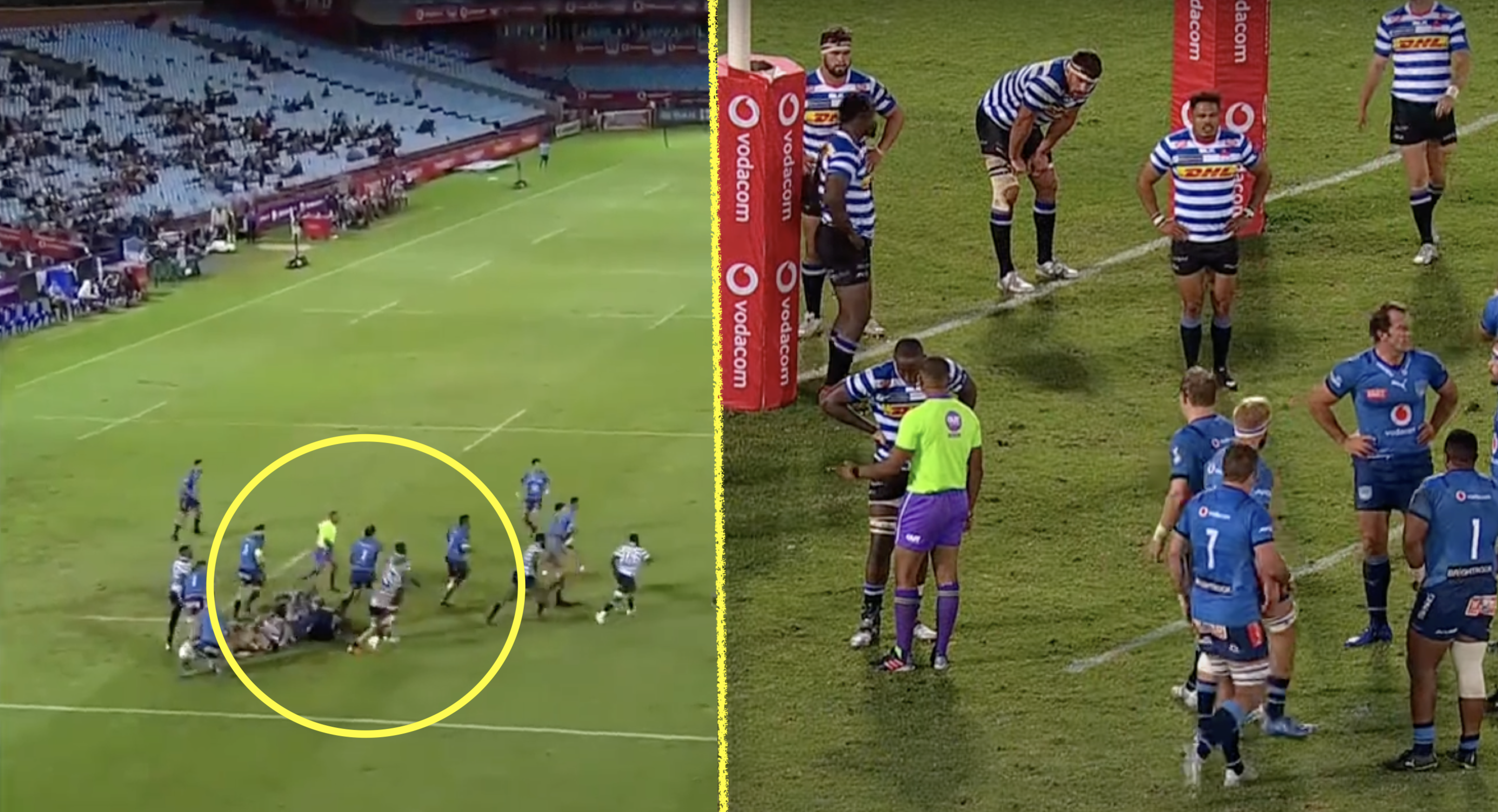 Fresh from serving a three match ban for a truly egregious red card against Munster last month, Bulls hooker Bismarck du Plessis could have found himself in hot water again last night in his first match back after appearing to throw a punch against Western Province in the Carling Currie Cup yesterday.

After being given a red on March 12th for a truly despicable clearout at a ruck of Munster’s Alex Kendellen in the United Rugby Championship, where the 2007 World Cup winning hooker thought he was briefly in the WWE, he was playing his first game last night after serving a three match ban.

This was the red card:

Bismarck du Plessis sent off for this shocker.

After he was given his ban, many people inveighed that it was nowhere near long enough given how dangerous that clearout was and the potential danger Kendellen was put it. If bans are there to teach players a lesson, the 37-year-old clearly learned nothing during his time off, as footage has appeared of him possibly punching a Western Province player last night.

It happened after a player looked to have held onto du Plessis’ foot while he was trying to leave a ruck, which caused him to turn around and throw a strike at the player. It is clear that he threw a punch, but it is unclear as to whether he connected with it or not and on this occasion the hooker did get away with it after referring to the TMO. However, WP captain Nama Xaba was not happy with the decision at all as his side went on to lose 45-34.

Take a look at the possible punch:

Take a look at the match highlights: