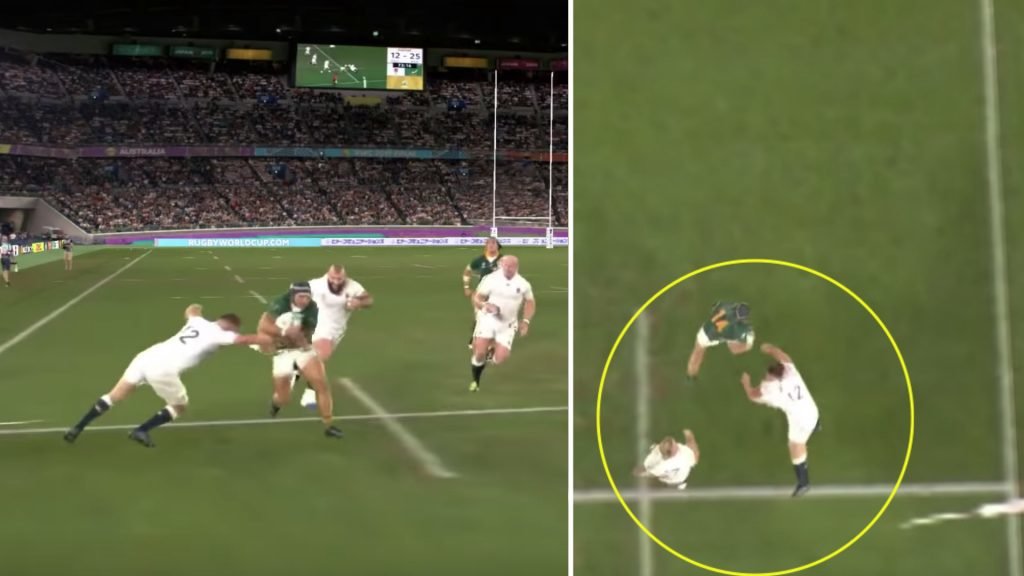 Everybody just LOVES to have a pop at Owen Farrell, a player who has been one of England’s ever-presents in the team since 2012. When he does something wrong people don’t forget it. Kolbe took Farrell’s soul here.

The mood in England over the last few days has become rather dour as England fans attempt to dissect exactly what happened over the weekend.

A clip has been doing the rounds online is the clip of Cheslin Kolbe stepping Owen Farrell on the inside quite brutally. In the final 5 minutes of the match Kolbe managed to do a smart step off of his right foot which completely bamboozled Owen Farrell.

During the World Cup a new angle was released showing entirely new angles for fans to see. Some extraordinary footage was released today of Kolbe’s try from this all-new angle.

Owen Farrell became the 10th player to score 900 points in international rugby, finishing on 906. Farrell has scored 875 for England and 31 for the British and Irish Lions.

He will take little solace in that after seeing this tackle back.

In fairness to him, he had very little in terms of support and he was not only using one arm in the contact, it will still feed his haters who we feel unrightfully loathe Farrell for some reason.

England are now third in the World Rankings after this disappointing loss, but they will go into the Six Nations as the top team in the Northern Hemisphere.

Here is the video of the try from the different angles.

What a step it was from Kolbe!