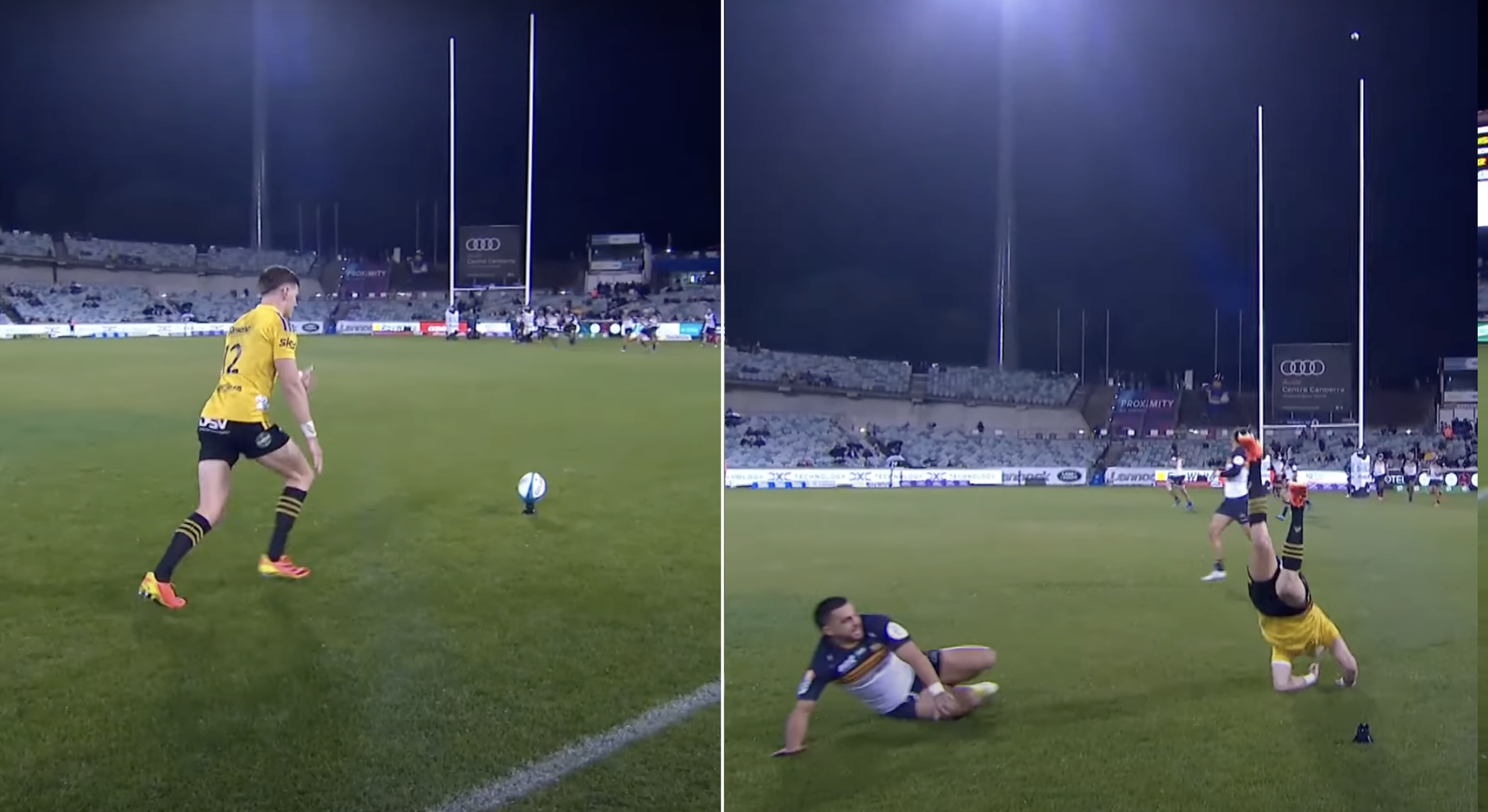 Hurricanes No12 Jordie Barrett did not know what had hit him at the GIO Stadium on Saturday after taking a conversion.

The 25-year-old had just finished taking his kick on the stroke of half time, and next thing he knew he was in mid air about to land on his face.

What happened was something that very rarely happens in rugby, and certainly not in the way it unfolded between the Hurricanes and the Brumbies in the Super Rugby Pacific quarter final. It concerned Brumbies winger Tom Wright, who tried his best to charge down the conversion, which is perfectly legal and has been achieved before. However, after diving to try and block the ball, he started to uncontrollably slide straight towards the feet of Barrett, who was taken clean out.

Whether the All Black was actually tripped up, or whether he jumped in the air to avoid being hit is unclear, but it was funny regardless.

Wright can be forgiven for this, as he may have misjudged how slippery the surface was, and ultimately no harm was done. On the other hand, this could have ended badly for Barrett seeing as a kicker is rarely paying attention to oncoming traffic immediately after taking a kick.

The kick was missed, hitting the post, as the Canes went in with a half time lead. However, the Brumbies fought back in the second half to win the match a secure a place in the Super Rugby semi final, where they will take on the high flying Blues.

Brumbies No10 Noah Lolesio looked ahead to that match up recently, saying: “At Eden Park it will be us 23 against the Blues and also the Blues crowd.

“We’re definitely full of confidence but we know we’ve got a hard task.”