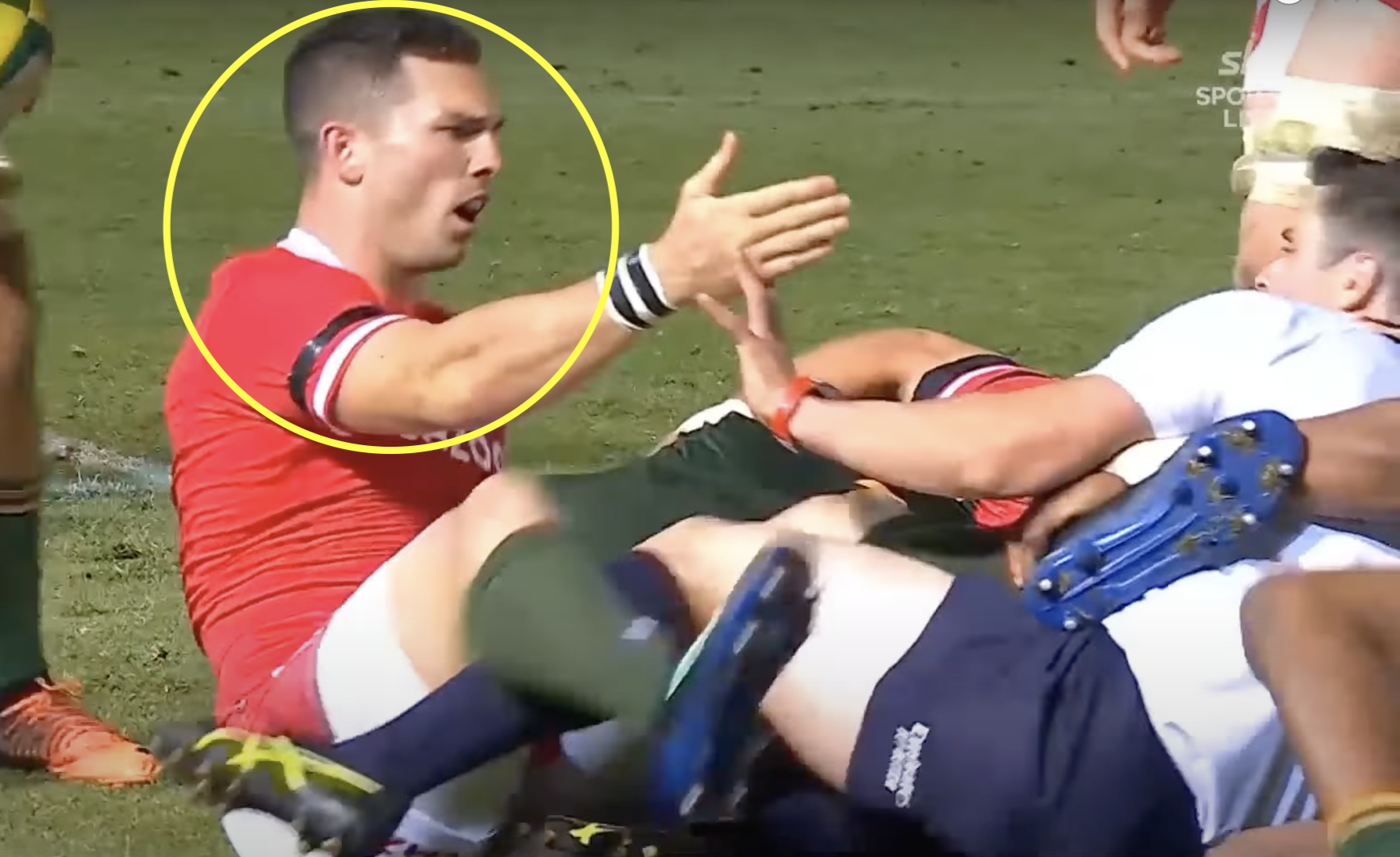 There were plenty of incidents across all the internationals at the weekend that seemed to go unnoticed during the matches, and subsequently by citing commissioners this week.

What is most strange about the one that happened in South Africa’s win over Wales at Loftus Versfeld was that it was not only right in front of referee Nika Amashukeli, but it actually involved the Georgian official, who ended up on the ground.

The incident came late in the second half just after the Willie le Roux break that would soon lead to Louis Rees-Zammit’s yellow card. As No8 Jasper Wiese tried to bundle over the line moments later, he was held up by George North and Liam Williams, so Springboks centre Lukhanyo Am tried to clear some space. Am did this by grabbing onto North’s left leg and dragging him away, which is not too problematic. However, he then decided to twist his leg at another angle, pulling it straight into the referee, who fell to the deck.

North was clearly not happy with this, and berated Am immediately and understandably so having returned from an ACL injury earlier this year to his right knee. Yanking someone’s knee at an angle like that is a potential season, or even career, ender, particularly if Amashukeli got caught underneath.

It is understandable that Am wanted to create an opportunity for the try with the Boks losing at the time, but this could have gone very wrong. There should be zero tolerance when it comes to manipulating joints in rugby, and there should be stricter punishments regardless of whether a player is injured or not.

The Boks did not score from this, but had a penalty advantage, which they used to kick to the corner and subsequently receive a penalty try from the ensuing maul.